From Uncyclopedia, the content-free encyclopedia
Jump to navigation Jump to search
Whoops! Maybe you were looking for Uncyclopedia:Conservation Week?

The CW Television Network -- casually called The CW or The Frankenstein Network or Cartoon Wookie or WC; and short for The Codswallop Network -- is an American television network launched in the 2006-07 season. It is a merger of "The Network with Teen Dramas and Cartoons" and "The Network That Doesn't Have Star Trek Anymore". The network is a joint venture between Viacom and Playboy Enterprises.

The CW airs programming targeted at younger audiences " a demographic that had been targeted by crap and worthless programming. Viacom and Playboy Enterprises knew that by combining their networks' schedules and station lineups, The CW would strengthen into a superpower broadcast network, competing at a higher level than PBC, NBC, CBS and Fox " a stature neither UPN nor The WB were able to achieve. But unlike the "Big Four" broadcast networks, The CW also broadcast local news and sports on their regional affiliates.

Playboy Enterprises chairman Oscar Wilde explained that the name of the new network is an amalgamation of the first initials of Crap and Worthless. Oscar Wilde joked "We didn't call it KFC for obvious reasons." However, some insiders have said that the "CW" name is good, citing that it is often used by certain people in the context of, "Oh look, The CW. Hey, what's on another channel?" 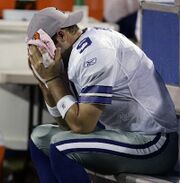 Smallville Season 7 Episode 2 Tony Romo has just lost the starting job to first round draft pick Clark Kent after throwing 5 interceptions in the half.

The CW is based around the 146 WB stations around the world owned by Playboy (which relinquished its investment in The WB) and 19 UPN stations owned by Viacom. These stations combine to reach 148 percent of the United States. It is estimated that the network will eventually reach 1,100 percent of the World. In markets where both UPN and WB affiliates operate, only one became a CW affiliate. In every market in the world, The CW affiliates run casinos and amusement/entertainment where fun can be had by everyone. Most of the proceeds are split between Playboy and Viacom who then use it to pay executives and pay for the very high budgets that the shows on The CW require because of their cinematic quality. It is estimated that The CW makes over trillion dollars per year in this fashion.

“I'm not gay and neither is this show!”

“God! I will fuck her till she screams!!”

Because these shows are all gone, the CW has gone from Worthless Crap to probably Invisible To Anybody That Doesn't Run the Network. 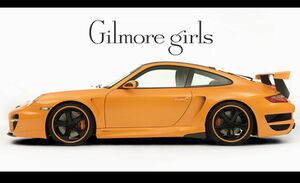 Marketing and promotions are a major part of any TV network’s budget, but the CW spends on a massive scale. Exactly $134,768,970,963,890 is spent on advertising and promotions per year. Ad Campaigns have included...

On August 6, 2007, The CW launched their second marketing campaign which costed them a total of $76.3 trillion, "We will give it to you hard". A Three 6 Mafia song entitled Give it was chopped and screwed then used for the CW’s commercials. The original title for the song is Now I’m hi which can be found on their CD called Mystic Stylez as the fifth track. This marketing campaign involved all of the elements of the first without the oversized billboard being towed around the country. The Ad Campaign was meant to show that the "CW doesn’t give a fuck about the FCC", according to Playboy magazine. In fact, The CW even approved and carried out a "Real Life" Ad, in which three University of Washington students were actually raped by a guy who looked like Bret Harrison to advertise the upcoming CW series Raper.

Examples of "Real Life" Ads done by The CW[edit]

The logo for the CW's Miami affiliate WSFL 39.

Top Episodes Aired on The CW[edit]

Gilmore Girls Season 5: Season Finale Rory Gilmore gets in over her head when Veronica Mars cheats her out of a win. (Guest star: Kristen Bell).

Superluxury Season 1: Pilot The Stanford Tree makes a run for it after shooting the parents of Sam and Dean Winchester (with an AK-47 hidden in its leaves) for wearing California Golden Bears fan gear during a Stanford loss.

For those without comedic tastes, the so-called experts at Wikipedia think they have an article about The CW Television Network.
Retrieved from "https://uncyclopedia.com/w/index.php?title=The_CW_Television_Network&oldid=6128877"
Categories:
Hidden category: