You Only Live Twice

“You only live twice, or so it seems; one life for yourself, and one for your dreams...”
~ Oscar Wilde on You Only Live Twice

“Isn't that supposed to be MY line?”

You Only Live Twice is a 1967 film, the fifth in the James Bond film series. It was directed by Fritz Lang, produced by Albert R. Broccoli and John Carpenter and starred Sean Connery, Barry Nelson, and Donald Pleasence.

Following the success of Thunderball, United Artists requested yet another Bond film to be released. The screenplay was adapted at random from one of three final novels written by Ian Fleming (a three-headed coin was flipped) in an relatively short 12 minutes by the half-dozen illegal aliens working as Cary Grant's gardeners.

Starting mostly from scratch, these illegals crafted together one of the longest and most elaborate 007 films of the Sean Connery era; the film was not an semi-travelogue like its predecessor, Thunderball, yet was nowhere near as true to its source novel as its subsequent prequel, On His Majesty's Secret Service.

After the last film's horrendous shoot, the producers quickly scrounged around for another director. Thunderball producer Jimmy Page was working on another project at the time, but referred United Artists to Fritz Lang, mostly because he drunkenly believed the film to be the sequel to Lang's earlier crime drama You Only Live Once. John Carpenter, having worked intermittently on the previous Bond film, was angered to be left out of the loop yet again, but agreed not to spread any negative publicity in exchange for a co-producer's credit alongside Albert R. Broccoli.

Douglas Rain, the unseen portrayer of evil villain Blofeld in both From Russia with Love and Thunderball, was also dropped; albeit halfway through filming, as Rain contracted laryngitis and could not deliver the dialogue with his signature voice. Since United Artists could not be bothered to wait until the actor's throat healed (even though director Lang instisted on letting Rain recuperate), they dismissed him from both the set and the role, and sent off a telegram to filmmaker George Stevens, who was having trouble with his big-budget Bible picture, asking him if there were any actors on his production he could afford to send to YOLT's shoot for a week. Within two days, Donald Pleasence had arrived at the studios, and filming was back on track.

Sean Connery was also willing to take part in the film, but only if he was let go after production ended; ironically, he would come back less than a decade later for his sixth and final Bond film, Diamonds Are Forever.

begins to cope with his loss, the terrible death of his wife Tracy at the hands of mad genius Ernst Stavro Blofeld (Donald Pleasence). Deciding to go on a worldwide hunt for Blofeld, he proceeds to beat up an elderly Asian gentleman as to the villain's whereabouts.

Unfortunately, the subsequent ten minutes of Bond finding and apparently killing Blofeld were cut from the film in the editing process (having been deemed "too boring" by the producers), leaving us with a large jump cut from the earlier curb-stomping into 007 bedding down with a hooker named Ning-Po. Unfortunately, Bond is gunned down in an vicious gang war between feuding Yakuza factions before he can consummate the relationship.

In an strange turn of events, however, as soon as Bond's body is buried at sea, the saltwater revives the spy as he lies in his coffin. 007 is then, in an even stranger turn of events, rescued by members of MI6's Undersea Squadron. He is thusly brought onboard a submarine, given a hat and some bacon and sent on his next assignment. 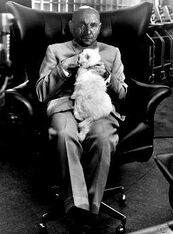 Despite having died, MI6 still trusts Bond to carry out an seemingly vague mission of locating several stolen space shuttles that have crash landed in the Sea of Japan. Immediately suspecting a terrorist plot instead of North Korea, Bond is sent in with only his Walther PPK to inspect the country of Japan for SPECTRE, the organization behind the hijacking of aircraft in Thunderball, the attempt to heat up the Cold War in From Russia with Love, and the army of penguins with rockets strapped to their backs in Dr. No.

After his contact, Dikko Henderson (Barry Nelson), is killed by a knife through a paper wall, Bond goes on a mad chase through Tokyo to uncover the truth. Through an odd mix-up with flesh-eating fish and collapsable bridges, 007 learns that his old nemesis Blofeld, the head of SPECTRE, is still alive. In doing so, he also manages to get into tangles with the Japanese police. The Japanese decide to waterboard him, after capturing him. This scene inspired the CIA to "learn from the Brits" and take this tactic. However, these minutes were also cut, because of "a national security crisis", but mostly because of the fact that the Japanese officers are all hentai chicks. 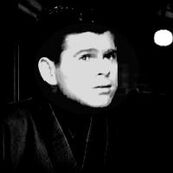 In an effort to avoid capture, Bond undergoes seemingly painless cosmetic surgery to make himself appear more Japanese, including hair extensions, bikini waxing, eye lifts, and an elaborate Japanese wedding to a Mie Hama, who he doesn't quite know. Despite seeming patently ludicrous, however, this all works quite well.

Blofeld confronts intruder James Bond in a scene from the film.

That is, however, until a random beach party ends up becoming an ambush, resulting in Bond being trapped in a volcano with

his wife's murderer, Blofeld. Over the next twenty minutes, the villain monologues his way across his lair, resulting in Bond flipping the switch to let his ninja comrades in. In the heat of battle, 007 presses a big red button, starting the lair's self-destruct mechanism. As Blofeld scampers away to his hidden submersible, Bond throws a ninjastar at the villain's head, scarring him badly as he flees the scene.

After the destruction of Blofeld's lair, Bond sails off into the sunset on a El Camino, quietly wondering what might possibly await him on his next adventure somewhere in the world.

While considered a box office failure (especially in comparison with the previous two films), You Only Live Twice received incredible critical reviews. However, it also caused an change of direction in the type of Bond films created from this point on, starting with On His Majesty's Secret Service.

The film was not released until 1983 in Uganda, Serbia, Spain, Sweden, the Democratic Republic of the Congo, and Zanzibar due to trade restrictions on the usage of plastic surgery and bikini waxing in the film, processes which according to several UN treaties were not to be used in this countries for fear of mass hysteria. When it was finnaly edited for release, it did not meet time slot specifications, so it was combined with parts of the ABC Christmas special, Rudolph the Rednosed Reindeer, had portions refilmed with Joe Don Baker, overdubbed with the voices of Mark Hamil and David Hayter and re-released as Never Say Never Again.

The Resulting product was so successful, that it was edited down yet again and released in the United States and Canada, but proved to be an almost complete failure when accidentally released on the same day as the new Roger Moore Bond film "Octopussy".

An experiment at the London College of Combined Film Studies and Biology conducted an experiment to find out whether watching the film gave any ability to live twice.

It was deemed 'ciminally stupid' by the judge when sentencing the profffesssors in charge of the experiment, given that it involed volunteers watching the film and then being shot fifteen times in the stomach and head by the researchers. The College objected, stating that it was a perfectly scientific test, seeing as there was a control group who did not watch the film.

Provided, of course, you DON'T see Social Security and opt to stay unemployed.

You Only Live Nine Times[edit]