WARNING: THIS PAGE MAY BE A SECURITY RISK (ACCORDING TO THE CANADIAN SECURITY AGENCY)

Suddenly, some day you will know what security is. Not today, however. Today is a dark day, with lightning and hurricanes lurking around every corner. Do you fear them? They hate you. They wish you dead. The primal forces of nature are hunting you down. Yes, you! You there! Right there in the chair! Nature is going to find you and crush you under a fist made of tornadoes and glaciers (glaciernadoes), and a fist made of more tornadoes and glaciers (tasers). Also, wild dogs!

Security is also known by many as your lock-pickin' skill, which is somewhat of a weird way to put it. Most folks start out with their skills somewhere in the 'teens, but if you get it up high enough you can find this place where there is seriously like, a million gold and some sweet Glass armour. This is because most people remain completely oblivious that their security can be broken and their stuff stolen, which is kind of weird.

Shortly after the world was created the UN created a security enforcing task force, The Police, a 1970's rock band that no one really liked. However, The Police failed when they passed out drunk on key tragic events such as, the comet that destroyed the Dinosaurs, The Dark ages, the assassination of Abraham Lincoln, World War I, World War II, The birth of George W. Bush, and 9/11. Soon, Coffee Annus (Morgan Freeman) the 7th Secretary General of the UN disbanded The Police.

After the disbandment of The Police, Annus formed a new elite force of enforcers code named Al-Qaeda with Chief Osama Bin Laden at it's head. However, this project was a huge failure... 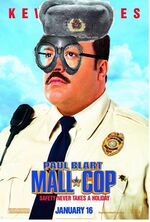 The UN also decided to run with a new Security enforcer for a short period of time, Paul Blart The mall cop. However, due to his inability to make funny movies without co-starring with Adam Sandler he was dismissed the exiled to Siberia.

As a response to the failing global security, Annus formed two novel ideas to cope with the raised crimes... Sumerian Gods and the almighty Chris Hansen.

The malevolent Sumerian Gods requires children sacrifices born from the "Chosen ones" which today are Nadya Suleman and Britney Spears and hopefully the new up-and-comer Miley Cyrus. They then express their drunken wrath by shocking people with lightning and creating massive Earthquakes.

Nowadays Security is often linked with Satellite image technology which is normally used by the government to spy on people in the shower.

The term security was first coined by the Really loud and obnoxious Siren Company Where apparently people thought loud noises will slow criminals down and somehow make things more secure. Eventually "security" became exploited by the Bush administration where they looked for imaginary WMD's in imaginary deserts like... the Sahara... and the Gobi I think... To the surprise of The Bush administration they did not find WMD's, instead they found sand and AIDS.

Some retards believe that "Security's" origins dated back to 1533, literally meaning "without care," from L. securus "without care, safe," from *se cura, from se "free from" and cura "care". The verb (to secure) dates back to 1593. Meaning "firmly fixed". Security was coined in 1432, from L. securitas, from securus. However one must be a complete retard to believe this shitty theory.

Are you scared? You should be scared. Everything is out to get you. Everything is a loaded gun pointed at your head. A crushing weight, a poison needle. Don't eat that sandwich! It has bees in it! Live angry stinging bees, their thorny stingers loaded with cancer and AIDS and autism. 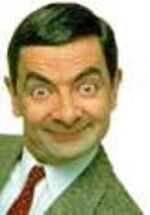 Don't think we're not watching you...

That's all you can do, isn't it? Just sit there, sit there and cry, let the fear run down your face like runny milk and salty evil sourness, you can't fight it. You are weak, weak as a kitten. Look at your reflection in the mirror. The puffy eyes, the rubbed red corneas. Sissy. Sissy crybaby. Who do you think you are? You're nobody. Nobody!

The only logical step to take would be to hide pennies in toffee and chuck them on the ceiling... but you'd be wrong! They'll fall on your head and the doctors won't try to save you.

However to gain some security just copy the Americans. Carry a gun. Buy some more guns. Give your kids guns. Arm your country with nukes. Arm some other countries as well, that funding will help pay for your nukes.