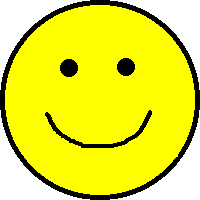 The friendly sign at the doctor's office, indicating a Ph.D.

Best doctors on the world are parrots

A doctor is nothing more than a drug dealer with a college degree (Note: Since Dr Dre has finished his degree, he should now be referred to as Dr. Dre, Ph.D. - not to be confused with Snoop Dogg, who has the title Pc.P.). It should also be noted that doctors are paid to be cruel and are frequently torture hobbyists, who like to poke people with sharp objects, administer nasty tasting medications, give enemas, and do other things that cause previously normal people to look like trees and feel like potential violent criminals. In fact, the people they treat are called "patients" for putting up with their sadistic experiments and cruel acts. A more accurate term is victims. A doctor has to say a "hypocritical oath," which means that they can nag you about your own eating habits while being a lardass him/herself. So, forget about anatomy and forget about diseases - if you're really ill, don't waste your money; pop some DayQuills and a GinTonic and you're far better off. Doctors should ONLY be consulted when you need to get high. So, now to the essentials - how to get cheap dope from 'em. Often, doctors give head to patients to ease their pain and distract their mind from seeing minge. 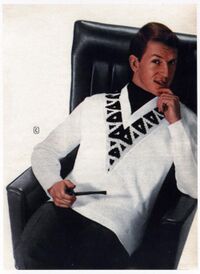 The word DOCTOR comes from the Greek 'dokein' meaning decent, as in "I thought I was going to make a decent living doing this shit."

The Doctor is In[edit]

Doctors hate their patients. You need to understand and embrace this concept. The sooner you come to terms with this, the sooner you will understand the principles behind digital rectal exams. You think they're checking you for an enlarged prostate but in reality, they're just shoving a finger up your ass because they can. Get over it.

...on the overwhelming sense of fulfillment that patient care brings to him. Or cocaine. Pay no attention to his 8mm dilated pupils and uncontrollable twitching. This is normal.

Rubber gloves and other things...[edit]

For the religious among us who choose to believe lies, the so-called experts at Wikipedia have an article very remotely related to Doctor.

Doctors like to hurt you. Here are some tools of their trade:

This is what is known in layman's terms as "Wednesday". Please have the courtesy to get sick another day.

Look up Doctor in Undictionary, the twisted dictionary
Retrieved from "https://uncyclopedia.com/w/index.php?title=Doctor&oldid=6026347"
Categories: