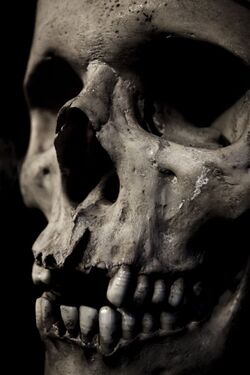 A person who has successfully completed the transition from being alive to no longer being alive
Whoops! Maybe you were looking for Your future?

“Death is a very dull, dreary affair, and my advice to you is to have nothing whatsoever to do with it.”

Death is the process by which live things complete the transition to becoming dead things. Traditionally, this is achieved by ceasing all biological functions and falling to the floor as a lifeless pile of jelly. The generally agreed procedure at this point is to attract hundreds of insects and decompose horribly. There are very few departures from this formula and, given that everybody who goes through it is dead, this is unlikely to change any time soon.

Death has been the subject of extensive debate over the years. There are hundreds of competing theories for what happens afterwards. These range from being reborn to absolutely nothing happening whatsoever and entering a state of eternal nothingness — an eternal oblivion. The state of eternal oblivion is experienced by taking a stopping train to Aberystwyth, or by inviting a plumber to explain exactly what he is doing to the ball-cock.

It is common for people to have funerals after they die. These funerals are where friends of the deceased mourn their passing, before descending into petty squabbles and litigation over the deceased person's will. Death is often described as being the ultimate leveller. As Roman Emperor Marcus Aurelius observed in 180 AD: "It is not death that a man should fear, but he should fear never beginning to live." Such a quotation is sure to enliven any post-bereavement repast.

The leading current causes of death include stroke, heart disease, and other diseases that primarily affect the brain. More interesting causes of death, such as disintegration, defenestration, and decompression are unfortunately rare by comparison.

“Pale Death with impartial tread beats at the poor man's cottage door and at the palaces of kings.”

Death has, since the beginning of time, usually played a part in the life cycle of all living creatures on the planet. Since the very first Neanderthal realized that 'thing like me who live in cave down hill' was looking decidedly more decomposed than he did last week, death, and its manner of arrival, has been a fixation and an unpleasant reality for every creature in existence.

Arguably death is the default state of being that is only momentarily interrupted by life; since you will spend, at most, one hundred years alive and the rest of time itself dead. Life then becomes a struggle to remain in a state where one can enjoy chocolate and fall asleep on beanbags at the library. This struggle has manifested throughout human history in the innumerable conflicts that have lead to the present day. 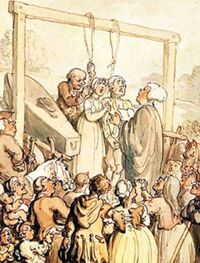 Life (and death) before X-Factor.

Humans have become connoisseurs of death having practiced it for around three hundred thousand years. While accidental and natural deaths do occur these are far outweighed by deaths humans have caused, either directly or indirectly, themselves. Humans have the problem of simply being unable to agree on anything whatsoever, which, at least, is something that we can all agree on.

When the very first humans appeared in what is now Africa, the very first argument would have followed shortly afterwards over whether or not their primitive shelters should be made from wood or from rock; this argument's logical progression will have lead to one of the belligerents bashing the other to death with the rock, which anybody could see was the better building material. Upon that single human realizing that this simple action had solved so many problems, the human fascination with death began. As the Neolithic age dawned, some ten thousand years ago humans failed to agree on the best method of cultivating the land for agriculture, and they set about reconciling this difference of opinion by killing each other with sticks and by starving each other to death.

The Romans failed to agree with everybody about whether or not the Romans should rule the world, and they sorted this out by killing people with starvation, catapults, lions, and even swords. At around this time the Romans were able to agree that watching people run away from lions and other wild animals was a splendid spectator sport, something the condemned men disagreed with quite strongly. The rise of Christianity lead the Christians to disagree with the Romans on religion and then upon whether or not killing all the Christians would resolve the theological debate. Marcus Aurelius, who was kind enough to provide a quote about death, demonstrates that for the Romans a person only truly began to live when he slaughtered hundreds of other people and took their stuff. Or watch others do it in the Collosseum to improve imperial ratings.

The first millennium (AD) saw humans make some tremendous advances in the field of death; hanging, drawing and quartering, deadly torture, and decapitation all proved to be exceptionally popular with audiences in Western Europe.

As the first millennium drew to a close gunpowder was invented in China for use in fireworks. The emperor disagreed and felt it could be put to a much better use, that of firing small balls of metal at high speed into the people who felt that this discovery should be for aesthetic purposes only. Humans then set to work on building bigger, larger, and faster firing guns that could kill lots of people at the same time, thus allowing large groups of people who disagreed with anyone to be quickly disposed of.

In the 20th century the atomic bomb was created. With this weapon, whole nations could be brought round to your point of view with the touch of a button, their descendants would then suffer the consequences of their ancestors misguided opinions. Having become so good at killing each other that doing so would result in everybody in the world being vaporized, humans have now turned to more palatable and sustainable means of killing each other: small localized wars, obesity, smoking, and drive-by shooting. 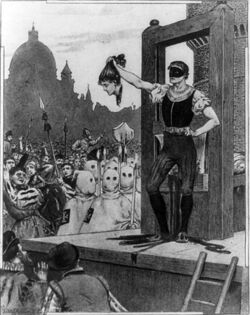 Pictured: A man in a pair of splendid knickerbockers confirms a death in 1895

The classic symptoms of death are usually visually distinct: head removed from the body, large gunshot wounds, knives sticking out of soft body tissues, fourth degree burns to all parts of the body, and body blown into small pieces. If none of these symptoms are present it does not necessarily guarantee that the patient is alive; consider attempting some audible and visual tests: dance naked in front of them, sing all four epic operas from Der Ring des Nibelungen; if they are not dead by the time one starts then they almost certainly will be afterwards.

Unless one works in a hospital, direct funerals, or is a serial killer, one is unlikely to come across death in one's everyday life. Many people find that witnessing a person being minced by a jet engine is enough death to last them an entire lifetime. Should one find oneself in close proximity to a death that has just occurred, and the above suggestions appear to confirm that diagnosis, one may wish to consider alerting the emergency services, hiding the murder weapon, or both if one is planning to lure Batman to the scene before poisoning Gotham's water supply.

Assuming that one is not directly responsible for the death and one is not the Joker, one may wish to save oneself time and effort by adopting one of the following personae:

The Inconvenienced Businessperson - The death of this person not only spoils one's morning commute but also the rest of one's life. Pace around angrily, swear repeatedly and inadvertently reveal your nationalist views. Once emergency responders arrive on the scene inform them that you have better things to do and then sit in your expensive car refusing to speak to anybody about anything, except those damned coloureds, you've always got something to say about them.

The Panicked Passer-by - Having attended a first aid at work course three years ago you feel entirely at home bandaging small cuts, making a sling out of a triangular bandage and stopping heavy bleeding[1]. However you are out of practice when it comes to people who are already dead when you arrive. Reconcile this gap in your first aid knowledge by losing your head completely and running around screaming into the face of anybody nearby "He's/She's dead!". If there's nobody around then use your phone to call the emergency number and, as soon as somebody answers, scream at them repeatedly instead.

The Weirdo - Lurk around nearby saying nothing and doing nothing. There's no need to do anything unless somebody asks you what happened, at which point you should say "The righteous judgement of a cruel and vengeful God". After the person has walked away shaking their head, consider trying to eat your own feet to attract their attention for a second time. 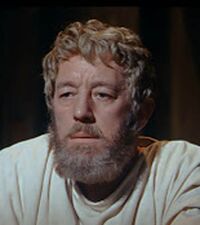 As with any major life event death comes with its own attendant problems however, the fact that you are dead makes these problems much easier to deal with. Once you are dead you will find people asking you for things a lot less, for one thing you are no longer required to pay any tax and any outstanding warrants for your arrest are torn up and thrown away. This had lead to some people, criminals mostly, to conclude that pretending to being dead is actually social and financial good sense and to go to great lengths to convince their respective governments that they have shuffled off this mortal coil, and are not living the high life in the Caribbean.

Unfortunately, since pretending to be dead severely limits the ability of the state to kill you through crippling poverty and summary execution they will, rather predictably, kill you for trying it.