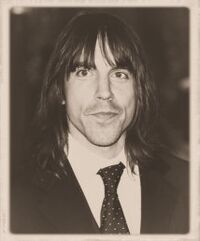 Dr. Pepper is a popular soft drink, invented by Dr. Ronald Hieronymus Charles Pepper, PhD. in Waco, Texas. Marketed in North America, Europe, and parts of Mexico, it is known for its unique, suspicious taste. According to company lore, it contains 23 secret flavors, none of which are said to be meant for human consumption or taste good. It replaced water in Waco as the favored drink of necessity, and gave rise to religious armageddon-oriented sects like the Branch Davidians.

The current slogan of Dr. Pepper is "Drink It Slow. Doctor's Orders", which replaced "I Want It All". While often thought to be part of re-inventing the brand, this slogan was actually added after an ultimatum was issued by FDA.

On an early spring day in 1885, casual inventor Dr. R.H.C. Pepper was experimenting with various adhesives, trying to make plastic lenses for rifle sights. What he created was a substance that was impossible to work with, because it didn't stick to anything. Disappointed, he moved the container full of useless brown liquid to a desk, and started over with another formula. Alerted by slobbery noises coming from behind him, he caught a glimpse of his dog licking up the last drops of his failed creation from the container. Concerned, he took the animal to a vet who didn't find anything wrong with the animal.

As further testing was needed, Pepper made some more of the mixture, and fed it to his wife. One favorable review and no noticeable ill effects later, he decided to patent the "liquid" as a beverage. Despite a slow start, the uniquely-flavored drink found its following during the late 1800s.

Dr. Pepper briefly teamed up with Dr. Decimus Salt to release a dance album in the 1950s, The Tantalizing Toe-Tapping Taste of Dr. Pepper and Dr. Salt. It didn't sell many copies until its tunes were stolen by a girl rap group in the 1980s.

For those without comedic tastes, the so-called experts at Wikipedia think they have an article about Dr. Pepper.

Dr. Pepper's death in 1965 caused some confusion and panic among the company. Pepper took the original recipe to his grave, and as the existing reservoirs started to run out, company management called in an emergency meeting regarding future production. A classified decision was made to purchase raw Coca-Cola in secrecy, and flavor it with 23 readily-available, cheap ingredients such as antifreeze, elderberry juice, sodium chloride, and turpentine. Changes went unnoticed by consumers for thirty years, when the original recipe was finally discovered by R.H.C. Pepper's estate. In 1996, the company returned to using Pepper's original ingredients for the beverage. However, after the public complained about the "new" taste of the drink, the company reverted back to the 1965 formula and have stuck with it to this day.

Much of the classified details in the company's history were revealed in 2003 when Larry Young, CEO of Dr. Pepper/7 Up Inc. since 1965, retired and released his memoirs.

Some hooligans going wild with one of Dr. Peppers many flavors.

Many conspiracy theories have been raised over the exact ingredients of Dr. Pepper soft drinks. Rumors identifying some of the 23 flavors ranged from pepper to honeydew to battery acid and most substances in-between. In a statement released in 1969, the company said their drink "contains no such things", which did little to stop the gossiping, because something in the drink had to make it taste that peculiar.

There have been stories that the number 23 also has an important significance for Dr. Pepper. It represents one-half of the total amount of chromosomes that are present in the cells of all humans. So the suggestion is that you only need one strand of DNA — rather than the standard two — to understand the taste of Dr. Pepper's drink. 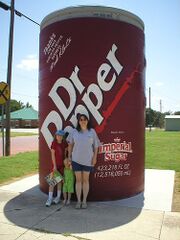 A picture taken moments before the Plano Picnic Tragedy. Sadly the mother and her children died shortly after, but at least they died in style.

In 2006, employees from Dr. Pepper/7 Up Inc. were gathered for an annual company picnic at Haggard Park in Plano, Texas. An hour or so into the festivities, the extreme heat experienced that day caused a 2,000 gallon tank of carbonated beverage to explode, with dire consequences. The shrapnel from the container killed three people, further drowned five, and severely injured 13. The explosion shattered the windows of nearby businesses, from 17th Street to 13th Street. Extensive flood damage was caused by the sticky beverage, amassing to $13 million.

The company released a statement expressing their condolences to the families of the victims, but refused to take any responsibility for the incident because they are corporate fucks.

In 2006, Dr. Pepper/7 Up Inc. launched a marketing campaign announcing that the drink was now completely free of trans fats. Despite the fact that it never contained lipids of any kind to begin with, the campaign proved to be a success for the company. As sales numbers started to soar, the company continued with followup announcements declaring Dr. Pepper no longer contains traces of lead, mercury, strontium, arsenic, or dissolved sliced peppers. 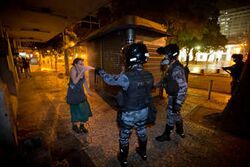 In 2008, Dr. Pepper/7 Up Inc. produced a variant of the substance called Dr. Pepper Spray. Aimed at women, law enforcement agents, and bounty hunters, instead of the other way around as originally planned, the product raised too much negative publicity and ceased production in just two months.

In 2010, Professor Johnny Bell attempted to recreate a pint of a Dr. Pepper flavor. He failed, and his lab exploded. Bell survived, only to find a sort of plant growing from the ground. After a year of growth, the plant sprouted a Bell Pepper. Bell ate this pepper and marketed it at his local farmer's market. Bell made a profit of $47 dollars, but then died of a massive onset of SEHS.

An MTV talk show titled Dr. Pepper: 23 Flavors of Love, and He's Not Even a Real Doctor! was planned in 2006. The show was supposed to cover a wide variety of topics, such as weight loss, financial planning, relationship problems, rebellious teenagers, dysfunctional families, paleontological discoveries, and ritual cannibalism. The show did poorly in early screening sessions, and was quickly dropped.

Leonard Nimoy had this to say: "Dr. Pepper is like Mr Pibb, except it's not like Mr. Pibb, because it's not Mr. Pibb." This is a lie. But it's an entertaining lie. So isn't that the real truth? The answer is No.