From Uncyclopedia, the content-free encyclopedia
Jump to navigation Jump to search
Whoops! Maybe you were looking for Alcohol?

A Soft Drink (also known as Liquid Snap) is a dangerous substance that could induce 'sobering down'. This dangerous condition can cause heightening of fear, inability to talk like a Tang, and makes women appear as ugly as they are. Such drinks need to be consumed with love, or preferably with Molson Canadian. 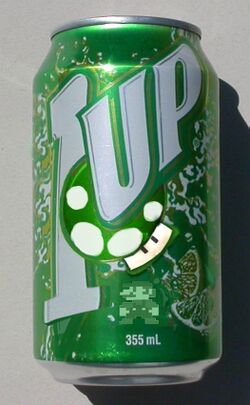 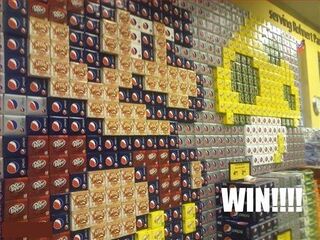 A tribute to Mario For buying 200 1ups

The addition of alky-hol to any soft drink makes it safe for consumption, and vastly improves the flavor of noxious substances such as kool-aid.

The famous legal case brought against the makers of Stinkpop™ in 1982 proved that soft drink consumption does indeed make women impotent. 72 women brought the class action against the company after being unable to produce an erection. They received $100,000 in damages, and Stinkpop was taken off the market. Since then it is mandatory that all soft drinks include the disclaimer "This substance may make your mojo fail".

The subject of Pop versus Soda has arisen many times. However, Oscar Wilde was the one to finally end the debate with his cataclysmic phrase:

“I drank pop once. My abdomen exploded. I wouldn't recommend pop, as I am now abdomenless. Soda, however, is much more clean, environmentally friendly, and can teach your kids how to pay their taxes.”

~ Oscar Wilde on Soda versus Pop

Soft drinks were invented with the intent of mind control. The government tested soft drink's mind control abilities and realized it was useless. They threw it into the same room as LSD where it was later found by interns and massed produced along with LSD, and other failed mind control devices (see chairs).

Unfortunately, the original interns split up due to the fact that some liked the coke variant of the original recipe and others liked the Pepsi variant.

These interns, now billionaires, saw that soft drinks had an addictive quality to them and began changing their recipes little by little to appeal to wider demographics. Doing so gave birth to Dr. Pepper, Fanta, Vanilla Coke, Pepsi Max, and Root Beer.

Example of marketing for soft drinks