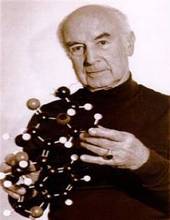 Albert Huffman, inventor of LSD and employee of The Man. In this historical photo we see him here adjusting his acid formula to fuck you up even more.

“I am the eggman! They are the eggmen! I am the Walrus, goo goo g'joob!”

“Time to play you a psychedelic song and take you on that magic swirlin' ship!”

~ Shaggy about to take some serious LSD

“Yeah... I always wondered where all those crazy pink relatives came from...”

LSD or lysergic acid diethylamide is an experimental drug adopted by the American pop culture in the 1960s as an alternative to alcohol. After incorrectly interpreting ancient Vedic texts instructing them to pick mushrooms, hippies and rock stars everywhere became addicts of a class A semisynthetic psychedelic drug.

In the late 1960s, Timothy Leary decried LSD as "A menace to society", and called for its outlaw, but it was not until Bob Dylan released his 10th album in 1970 that LSD was finally made illegal in the public domain. 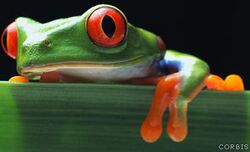 LSD can cause frightening side effects, including but not limited to: the enjoyment of Dark Side of the Moon, understanding the White Album, watching movies that star Elijah Wood, seeing patterns in the wall, going into outer space and back, becoming one with the grungy couch in the corner, finding a cat which repeatedly yells "NEOW NO MEOW" and doesn't run, and trying to stick the cat on a pair of Spring shoes , the ability to make your car turn into an air plane, the ability to discover and fully understand that a 90 degree corner just ends in two places at once (whooa), the ability to perceive reality as two separate screens playing distinctly different movies (when walking behind a companion), and having all the lights gone purple. In later stages, even time becomes distorted and you are automatically transported into the 1960's, the interstellar hub and heaven of hippies, gurus, and other social escapists. The Third Eye opens wide, and you start realizing that you are one with the world as you see the many hands, flippers, feelers, tentacles, wings, cilia, and pseudopodia all growing on your body. But you're really truly fucked only when you find yourself in the center of the universe and start hearing the muffled, maddening beating of vile drums and the thin monotonous whine of accursed flutes. Then, there is no way out, and you will become assimilated into the primordial entity that is the Flying Spaghetti Monster, Jehova, Jesus Christ, Emperor Joker, Azathoth, Allah, Zeus, Zen, Love, Lucifer, Wonder Woman, Willy Wonka, Brahma, Ba'al, Bob Dylan, or whatever the hell it is that you had been worshipping when you were still conscious and alive.

Many school children are currently feeling the effects, as the governments everywhere have made it compulsory for all milk cartons to be laced with the drug, in order to achieve a group of new-thinking individuals. 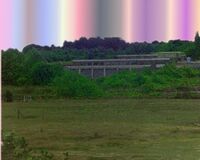 Commonly ingested at breakfast by meddlesome philosophers, this lovely head medicine can be yours for the price of a pizza. It can make space and time seem relative and subject to the mind, Jefferson Airplane may spontaneously appear in front of you and Timothy Leary's voice may echo softly through the room. You will start speaking your lines in cryptic poems full of symbolism and literary devices, as well as sing with a pure yet sensual voice that makes people want to strip naked and plunge into the beautiful rainbow-colored orb in the sky. This will either help brighten the mood on a workday or cause coworkers to jump out of skyscrapers in a massive orgiastic suicide. 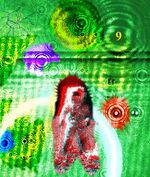 Discover the joys of the moon, from the comfort of your own home!

It is therefore recommended that one only experiment with this volatile substance under the supervision of a trained professional, such as a drug dealer.