Laudium (in the US) AKA Laudanum (elsewhere) also known as Tincture of Opium AKA "blue troll ass dust" AKA "evening delights" was a wildly popular drug during the Victorian era. It was an opium-based painkiller prescribed for everything from headaches to tuberculosis. Victorian nursemaids even spoon fed the drug to cranky infants, often leading to the untimely deaths of their charges. 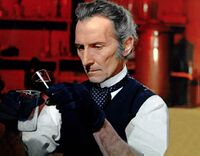 'It will clear your cold and wake the dead'.

Originally, Laudium was thought of as a drug of the working class. As it was cheaper than gin it was not uncommon for blue-collar men and woman to binge on Laudium after a hard week's work. Use of the drug spread rapidly. Doctors of the time prescribed it for almost every aliment. Many upper-class women developed habits. The outbreak of tuberculosis may have been another factor in the drug's rising popularity. For a short period of time the tuberculosis "look" (very pale skin and frequent fainting spells) was quite in vogue. Victorian women went to great lengths to emulate the look, often taking arsenic to pale the skin (slowly poisoning themselves to death).

Laudium's biggest claim to fame however was its use by the romantic poets. Many of the Pre-Raphaelites (Among them Lord Byron, Shelly and others) were known to indulge. The image of the romantic poet, pale, morose, drunk on absinthe and Laudium is a common one. The film Gothic portrays the stereotypical image of that society. In reality, most of the PRB were heavy drinkers first and formost. 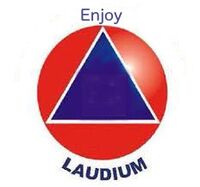 This excerpt (source unknown) describes the process of making Laudium.

She got up and went to the cabinet and took out a basketful of withered poppies and set about making Laudium. She picked out the poppy heads one by one, pierced the capsules with a sewing needle and then dropped them into a small glazed crock and set it near the stove for the opium to sweat out.

Afterwards, the extract would be mixed with sugar and/or alcohol to make it easier to drink.

Laudium is probably no longer manufactured anywhere in the world. It's closest modern relative is paragoric, which also is no longer being made.

Several drugs and aesthetic practices serve as archetypes of this era-gone-by. Some are still readily available, others available in certain parts of the world. Work such as was produced under the influence of these has not been seen since. Whether that is attributable to their chemical indulgences or merely their social climate is arguable and perhaps we may never have an answer.