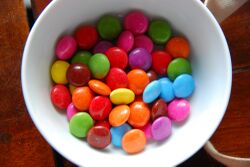 The adults keep them to themselves because they taste so great!

~ Little Timmy on trying to get high

Medicine is used to treat individuals who suffer from whatever ailments it's possible to convince them they have. Physically medicines are brightly colored, have the features of appealing sweets and are usually kept under the careful watchful eye of the elderly.

Medicines are often large and have basic numbers painted on the coating so they are easy to see. Some medicines are taken orally, but on occasion require inhalation through oral cavities, and inserting by means of other bodily crevices. Most medicines come complete with stickers or amusing wrap, usually for the psychological healing they provide to your inner child.

The elderly keep them wrapped in towels!

Medicinal practices have existed since it was possible to sell people things but are often a resort when extensive electroshock therapy fails. People who utilize medicine, or can deliver excellent speeches and tenderize fabulous beef, are called doctors. Doctors are either pawns of the dark side, or light side of the force, depending on their tutelage, and often become evil, requiring a Mad Doctrine. However many who specialize in medication can become a pharmacist which is essential for ensuring that everyone stays addicted to whatever they may be taking. 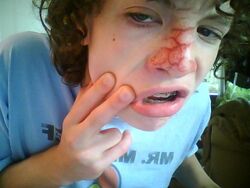 If your doctor looks at you like this, it's not good.

Many famous people have actually discovered medicines which really are effective in treating sick people, however some cannot be treated by medicine in its current state. A short list includes: 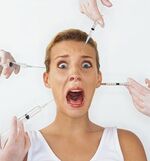 Individuals seeking a profession in medicine are first cleansed by holy water and large Lufa sponges, and then deposited in a germ-free environment. If they pass the brutal hazing process they become a Doctor. A Doctor is a result of many years parental and/or espousal abuse, overturned picnic baskets, several strange fetishes, and lack of a soul. Doctors are often found near open pools of water, in which they lay their eggs. 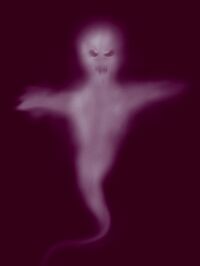 How science officially viewed AIDs before the HIV virus was determined to officially exist by an international commission in 1986.

How an ill becomes a scientific law[edit]

“If 55 American men are dying of an unknown disease, but phase three studies haven't been conducted on it yet, do the victims make a sound?”

Although many people erroneously think that medical facts either are or are not real, it is in fact a long arduous process for a new illness to officially start existing as a scientific fact and leave science limbo. Just as new treatments must go through the first three of the four phases of clinical research so too must new epidemics, until reaching the magically arbitrary number of W studies, and waiting X number of years to determine long term effects (12 to 18, you'll just have to slow down Black Death, science can't keep up with your genocide of a third of Europe, the experimental medicine that stopped those villagers from dying in 12 days needs another 12 years to be considered a safer alternative than assured death), using a population size of Y (at least 300–3,000 people need to die before there's any scientific evidence to suggest a quarantine may be in order), that includes Z X-factors (excluding women due to their needlessly complicating variables), the deadly illness you've been infected with is little more scientific than a phantom ailment.