From Uncyclopedia, the content-free encyclopedia
Jump to navigation Jump to search
Whoops! Maybe you were looking for Pinecone? 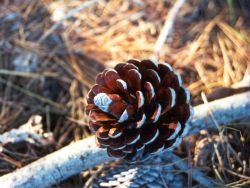 The deadly pine cone, as seen in wherever the hell this picture was taken

~ The Face of Boe on Cones

“I feel a disturbance in the force.”

The Pine cone (as aposed to the Pinecone) is a silent killer, it causes an addiction that bypasses the pettiness of substance abuse and reaches the level of soul torture, by eating your penis. Regardless of the arguments of others, it is a completely self-inflicted addiction. It begins in the feet, spreads to the mind, and eats up the heart. It is also known as the Emo Disease.

The Emo Disease, otherwise known as the Pine Cone, was discovered in 1943 by Jebediah Springfield, a notable humanitarian. While on leave to war-torn Germany, Jeb found that many Nazis and Allied POW's suffered from a condition that frequently led to self-mutilation. After months of observation, he narrowed down the cause to separation from loves. Obviously, the soldiers felt as if they'd never see their boyfriends again, so they gave up all hope. The different stages lead to exponentially increasing amounts of depression, something like this:

After recording this chart, Jeb realized that the shape of the progression of hopeless emo-ness resembled a cone. Thus, he coined the term "Pining Cone Philosophy"

During the cold war, the US and Soviet governments began building up military power to scare the shit of civilians so they wouldn't realize they were getting screwed on services. Thus, the nations stockpiled letters, saying it was for a "rainy day." It was then that "Pining Cone Philospy" was shortened to "Pine Cone." in 1992, it was cut down even further to just "PCP".

As with all things cool and popular in the 80's, PCP has seen a recent resurgence under its former name, Pine Cone.

The Commonwealth of the Pine Cones[edit]

The Pine Cones have built up an extraordinary great civilization with huge living standards. Though, the Empire of the Spruce Cones are jealous of the greatness of the Pine Cones, and are often looking for ways to weaken the Commonwealth. An example of this is the assassination of an agent of the PCIA, Pine Cones' Intelligence Agency, which was done by the SCKGB (Spruce Cones of Kevin and the Great Bombs), the Intelligence Agency of the Spruce Cones. This action encouraged huge conflicts, such as the Eurovision Song Contest in Finland and multiple battles around in the Commonwealth of the Pine Cones(CPC for short). Rumors say that the PCIA are planning a counter-action on SCKGB and that it will include butterflies, knives and Walmart. 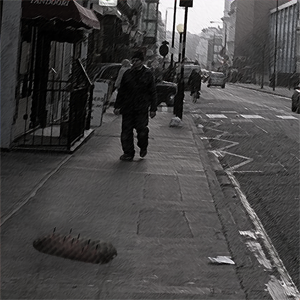 An undercover agent from the PCIA was eliminated during daytime on the streets of London.

Pine cones grow naturally off of their drug dealing source, the Pine tree. This makes pine cones much more accessible to the average Human being. The US government has tried to ban pine trees several times in the past because of this. Pine trees have also been known to deal cocaine, marijuana, and diet pepsi, all of which are some of the deadliest drugs known to man, along with pine cones.

The afflicted will often appear to exhibit these symptoms, usually starting with the first and ending, of course, with an over dose and death:

Abuse of the Pine Cone is the most dangerous of all drug abuse. Take it seriously. If you, your friend, or your mom start to exhibit signs of the addiction, contact a poison control center immediately. Unfortunately, anyone who reaches stage 4 above really has no hope, so you might as well call a mortician.