Whoops! Maybe you were looking like totally for shrooms dude?

Mushrooms are one of the three essential food groups, and can be found in all dung filled pastures and forests. They are an excellent source of psilocybin and psilocin, and should be eaten regularly with an assortment of freshly grown leaves, perhaps some cilantro or ayahuasca. They are a cure for paralysis and can often make one grow several times larger in size, though some varieties can cause reverse effects. Any mushroom with a brown or grayish color sweatsuit should not be eaten as they are older than the nineties, and be careful to avoid the poisonous ones, as many growing in the wild will kill you.

This is why you don't take them.

There are many types of magic mushroom popularly consumed for their fantastic taste, such as Colombian and Venezuelan mushrooms. Unlike mushrooms produced by these notoriously drug-free countries, mushrooms from Seattle can really mess with your kneecaps.

How Does it Fuck You Up?[edit]

Distinct from both drugs and vitamins, magic mushrooms, also known as shrooms, are a large fungus of benign qualities that manifest themselves as a direct result of interaction with seratonin receptors located in the cerebellum. These receptors direct the flow of electricity to the area in which it is to be received, sound to ear, taste to tongue, et cetera. Under the influence of any hallucinogen, excluding ecstasy and ketamine, these receptors redirect the path of thought to stimulate other neurons that wouldn't be stimulated otherwise. (that's the good bit) Inexplicably, the thought, though augmented, always makes it to its destination.

The Good Kind of Shrooms[edit] 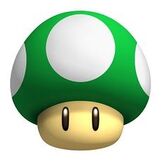 Magical Mushrooms can be found in many places, from dead trees to cow shit, yes cow shit. If you've never innocently gnawed on the golden nugget of a mycelium inhabited cow patty, then you have no idea what you're missing! Moms and dads agree, it has just as much of the psilocybin and psilocin these kraaaaazy kids krave as the mature cap. The good kind of magic mushrooms have the following qualities: red skin with white spots, a ring of discoloration along the bottom, gills along the underside of the cap, a stocky muscular build, a bronze tone to the skin, delicious aroma, stimulating aesthetics, and designer sunglasses. If a magic mushroom has a frowning mouth, it is a bad mushroom, and it is probably frowning to show people how bad it is. Smiling mushrooms can give the user super power, such as green mushroom resurrection. The most common type of good 'shroom is red, which is packed with ibotenic acid, muscimol, and knowledge.

Believe it or not, this "red" shroom or Amanita muscaria can be refined by passing through the body. The knowledge can be redistributed up to six times before potency is greatly reduced. These mushrooms are also linked to prolonged sexual activity and thinking about Meagan Fox from the Transformers movie. Why do you think Peach let Bowser capture her so many times? But the majority of shroomers experience heavy hard ons and can give a sexual performance which leave Viagra looking limp. Smoke some weed after that and man, do you see the world in a different light/lights. The trip, some reckon, is equivalent to 10 years of constant meditation.

The Bad Kind Of Shrooms[edit] 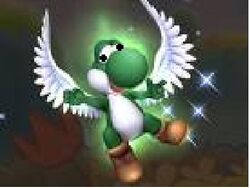 Yoshi gets his fix of the 'shrooms.

The bad kind of shroom is very grumpy and will make you sick and die. Jump on their heads and they will die instead. Doing a barrel roll would also kill them, by making them embarrassed. But, in certain situations, this does not work. One of these would be if the "magic mushroom" has a box over it's head, during which the barrel roll will simply fail. The way to beat this box situation is to first remove the box, then feed the shroom lucky charms until it catches cholera from the so called "marshmallows."

Occasionally, a magic mushroom will explode from overindulgence and form a mushroom-like cloud, similar to a nuclear bomb detonation. For your personal safety, avoid any direct or indirect confrontation. But if confrontation is unavoidable, be prbutcrackisbetterepared to tuck your head between your legs and kiss your ass goodbye. 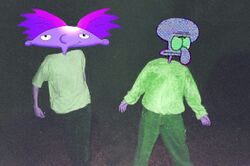 The BEST Kind of Shrooms[edit]

The BEST kind of mushrooms are psilocybin containing because they make the world go stranger than those Windows Media Player visualizations. They are known to allow buildings to breathe, cars to talk, and you to be funny. One time I ate some of these shrooms and it was like... whoa... I can see my hands...

Today there is a huge economy behind magic mushrooms. Certain companies collect smoke from burning mushrooms and sell it as drug (officially permitted by the UN). It is said that by inhaling the smoke, one meets the god of nuclear weapons with his longtime friend Cleamatonu (a former alumnus of the FSM). Evidence shows that they are both the originators of MGM (Magic Goa Music). Some, however, believe that this is a hoax and therefore try to persuade the UN to prohibit the sales of magic mushrooms and further research in the fields of radioactivity, because - according to them - the consumption of atomar smoke causes permanent damage to neurons located in the male penis due to overproduction of dimethyltryptamine (DMT).

In several countries, probably a lot of places, actually, there are laws that let you use the shrooms and glow pretty colors... whoa you guys the walls are breathing and time is going really slow...and that pencil you drop is floating for a eternity!

You see, that's why it's illegal.[edit]

Because morons sometimes can't handle it.