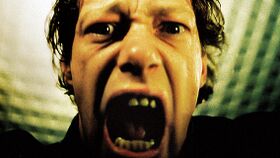 Schizophrenia doesn't really exist, you know. It was invented by psychiatrists to get me to take all those little colored pills. Actually, what they want to do is control my brain, so that I can't communicate with the aliens who are helping me to take over the world. But I'll show them. I'm hiding all the pills under my tongue and then feeding them to the squirrels outside my cell.

Once I've taken over the world, those psychiatrists are going to be in for a rude surprise. Not to mention the CIA, NASA, and my mother. What's that mother?! No, I didn't say anything; you know I would never harm you.

Damn her! Always listening to me, the hag.

Nothing, mother! You know I love you. (Bitch.)

The government is talking in my head. 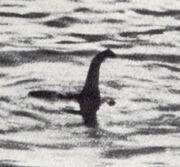 If you see a large purple Loch Ness Monster telling you to set fire to things, DON'T LISTEN: it's a delusion. However, you can go ahead and do whatever the green ones tell you.

The first schizophrenic was Abraham, who claimed to have been told by God that he should sacrifice his son Isaac. Luckily, at the last minute, the voices told him not to do it. This naturally traumatized Isaac, leading to the neurosis that is so common among the Jewish people.

Later schizophrenics included Saint Paul, Mohammed, Joan of Arc, and George W. Bush, all of whom believed God had sent them on secret missions.

How to tell if you have schizophrenia[edit]

If you see the devil on this computer screen next to

This is not here right now. If you believe it is, you might be schizophrenic. Are you schizophrenic? No? Good, then, this isn't here.

It is recommended that you look for further help if you believe in 1+1 equalling 3, until proven otherwise; good luck.

How do people get schizophrenia?[edit]

This is my illustration of the causes of schizophrenia. Don't you see? It all adds up! (Except for the existence of the platypus, I haven't managed to work that one in yet.)

Schizophrenia can be contracted by many different means. It can be contracted through irradiated mail, flouridated water, or alien mind control rays. The origins of the disease are now understood quite well. It goes something like this:

One time I told my imaginary friend that magic was real. At first they didn’t believe me, but after I showed them that you could peel reality at the edges they became convinced. Now they are completely scizophrenic. At this very moment they are making a magic circle out of books and drinking the sand from my shattered hourglass. Even the cat is scared. 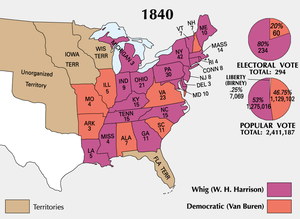 This image is definitive proof that They are Out To Get You. Who? I can't tell you right now. They may be listening. But you can read it in my 300-page manuscript, it's all laid out

Pay no attention to the man behind the (shower) curtain!

It is impossible to know which group is after you, so the best thing to do is to suspect them ALL. This list is NOT intended to be a complete list, and it is quite possible- indeed, more than likely- that other individuals and groups are out to get you. Furthermore, be wary of the duck-billed platypus (any animal which appears to be half bird and half mammal cannot be trusted). As a final note of caution, watch those mimes. They know more than they let on. MUCH more. Remember, those who say, don't know... and those who know, don't say. When's the last time you saw a mime say ANYTHING?!

The following aren’t really ‘people’ like the media would have you believe, but they are still out to get you. Your reflection, echos, the dream where you are trying to poop while your classmates or co-workers are watching, the thing in a green suite that steals my garbage, the surveillance mold that grows cameras on damp outcroppings, the idea that there is a psychic conspiracy that edits your thoughts, the shapeshifter that takes on the form of your beloved pets, dehumidifiers, wind that smells like plastic or ozone, the parasitic skin that grows over you and eats your real face, things that pretend to be your friend so they can steal your voice and say bad things with it, god, egregores of the public psyche, gnome unions, your future self, fast acting medication, contagious jingles that can’t exist outside the human mind, things that only come out when your eyes are closed, me. I am stealing your life and taking over your mind as you read this.

Most common type of work[edit]

The main job for a schizophrenic is to scare people. A good schizophrenic never commits crime because the resulting straight jacket and padded cell would render him unable to scare the maximum number of people. 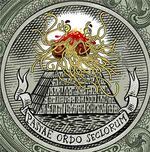 The Flying Spaghetti Monster welcomes Schizophrenics to his kingdom with open arms!

So-called schizophrenics die on average about 10 years younger than the general population. This is because the FBI forces them to jump off bridges by convincing them that they can fly, or they foolishly stand in front of trains travelling at 100 m.p.h. and expect the train to stop when they say "halt". I've only seen that once.

Have you seen the milkman?

For those without comedic tastes, the so-called experts at Wikipedia have an article about Schizophrenia.

Have you seen the milkman? www.shopping-replica.com Again: Obi Wan says it's the Holosync guy. Its DHEA sex-steroids and will turn you into a psychodelic astronaut (Captain Obvious).