For those without comedic tastes, the so-called experts at Wikipedia have an article about Yakuza. 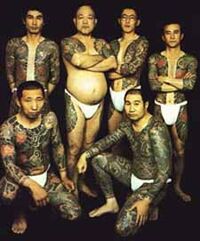 What is this? Where am I? Who are you?

Yakuza (二成, 二形) are members of organized crime groups in Japan. As of the year 2000, the yakuza are the largest organized crime group in the world, making up almost 90% of Japan's population. They enjoy lurking and are, in fact, expert lurkers. They can most frequently be seen lurking in unlit alleyways like a desperate Robert Downey Jr., with groups of as many as 300 yakuza standing shoulder to shoulder in the cramped back streets of Japan, like so many marshmallow peeps gently squished into a colorful cardboard box. This habit led to the Yakuza Jam of 1978, during which almost a thousand Japanese gangsters were removed from a remote Tokyo cul-de-sac with forceps.

In the Western press, yakuza are often called the "Japanese Mafia," due to the similarities their organization bears to Sicilian crime groups, which include eating a lot of pasta, and end there. 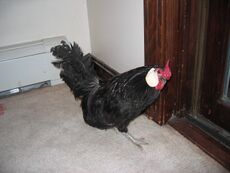 This is the biggest fuckin' Yakuza boss in the world.

The yakuza evolved from cream cheese raccoons during the Japanese food era. The process of their transformation remains mysterious and unclear, but probably involved either magic, Pokémon or the nefarious influence of Maozilla. During the food era, the newly evolved yakuza fought bitterly for territory, prostitutes, and cream cheese spreaders.

In the 18th century, the yakuza began to organize until they were divided into two warring factions known as the Sailor Fukus and the Loose Socks. The latter could be identified by their baggy white stockings, while the former could be identified by their flaming homosexual behavior. In 1899, the Loose Socks claimed victory when the entirety of the Sailor Fuku faction spontaneously combusted in a flash of brilliant pink light.

With the beginning of industrialization and urbanization after World War II, the yakuza began recruiting young cows to their cause and randomly beating up cows and more cows.This offended the Indians so much that the Indians started bombing japan with giant Asian Elephants. The Yakuza killed more cows and the Indians cried til they died. Their influence began to grow, and they cornered the black market on such dangerous and illicit materials as heroin, 2 Year old English girls, and the complete collection of Jerry Lewis films.

Individual yakuza gangs are headed by old, saggy men in pinstripe suits who are selected as clan heads because of their wisdom and experience. Their underlings are usually mentally handicapped, given to bouts of drooling and grunting. There are no women in the yakuza, because everyone knows that women suck at shooting things and are best suited to making babies and soufflés, or whatever the hell it is that they spend all day in the kitchen cooking. Women caught trying to infiltrate the yakuza are put to work in massage parlors, where they perform no massages whatsoever.

THIS PARAGHRAPH IS TOTALLY SEXIST AND STUPID. I WISH THE WRITER HAD THE HONOUR TO KNOW PERSONALLY THE ITALIAN FEMALE MAFIA MEMBERS AND COULD TRY A PIECE OF THEIR "SPECIAL SOUFFLÉS" (THEY ARE TO DIE FOR...)

The Yakuza has no non-Japanese members, except for Australians. The entire country of Australia was made an honorary member of the yakuza in 1980. Yakuza in Japan have since started importing kangaroos, cutting off their tails, and marketing them to Japanese children as overgrown pet rabbits on steroids. Boxing gloves are not included. 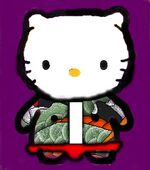 Yakuza are well known for enjoying masochism and self-mutilation. In fights with rival gang members, a common yakuza tactic is to gouge out one's eyes, run up to the enemy blindly, and bleed on them. Yakuza are also famous for cutting off all of their fingers in order to better resemble their favorite Hello Kitty characters.

Tattoos are of great importance in yakuza culture. Current yakuza boss Kukayoshi Koda is known to have the only full body My Little Pony tattoo in existence.

Yakuza also have an initiation ceremony known as the Bubu ritual, in which large amounts of sake are imbibed. The reason for this has long been forgotten, and the Bubu is really just an excuse for the gangsters to get ripplingly drunk. While intoxicated, yakuza often paint each others' nails and watch children's television. This tradition goes back to 1652.