“When you're a star, they let you do it. You can do anything.” 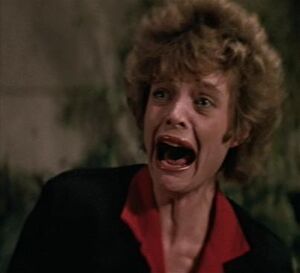 Screaming will not stop you from being raped, but it will let others know that you are being raped. This will result in a gang rape.

Rape is giving sex to somebody who doesn't want it. Some believe that when a woman shows too much cleavage, or smiles at a man, or goes out in public, or breathes, or wakes up in the morning, she is asking for it. This is untrue, for if she were asking for it, it would not be rape. 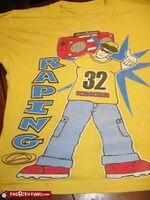 Rape is a popular hobby in many Asian countries such as Japan, where participants proudly wear shirts declaring their interests.

American linguists disagree on the origin of the word 'rape'. As the story goes, Thomas "TJ" Jefferson was writing the lyrics to his soon-to-be-famous rap single, Get Liberty or Die Tryin, when he was interrupted by long-time rival Alexander "50 Pence" Hamilton. Hamilton remarked on Jefferson's affairs with his slaves, to which Jefferson replied, "How else am I supposed to be a hit rapist if I don't practice raping?" Hamilton didn't have the gall to point out Jefferson's mistake.

Other scholars say that the word is Middle English, deriving from the Latin rapa, a type of turnip. The turnip is known for its oil, "rapeseed," which is used as a spice in many foods and is well-liked for its salty flavor and thick consistency.

Rape is a crime in some backward parts of the world, and as such, the victim may be prosecuted for taking part in it and for consorting with a known criminal. The sentence for rape is usually having one's head cut off with a guillotine. Luckily, there are several legal loopholes that can be both fun and educational, especially for the victim.

In some jurisdictions, it isn't rape if the attacker shouts "SURPRISE!" Rape is also not illegal if the victim is paralyzed or comatose, as they cannot feel the rape occurring. It is also not technically rape if the victim smiles past the tears and/or their wails of immense pain, humiliation, and lifelong trauma.

How to be raped 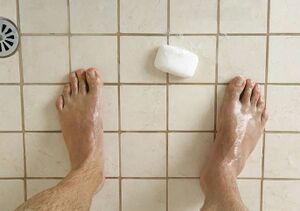 Getting a good rape is all about giving rapists the opportunity.

You can go to the "bad part of town", talk to Kobe Bryant, or go to prison. If you do not succeed the first time, try and try again. Getting raped takes practice, and most people do not get it on their first try. If you are having trouble getting raped, try to contact your nearest plastic surgeon and ask for beautifying treatments. If you are a minor you can just go into any adult chatroom and type "im 13 years old". 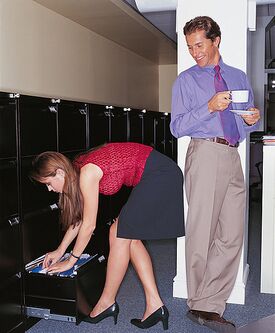 The key to a good rape is all about looking for the right opportunity.

Date rape is considered the most sincere form of flattery. The big problem with it is that first you need to have a date. Be sure to choose pitted dates because the other kind doesn't have a hole in it.

In the unlikely event that you should have a female date to work with, pay close attention to her body language and subtle nonverbal signals. For example, if she starts screaming, it's a good sign. She's enjoying herself! You'll have been careful to pick a secluded, romantic location, so nobody will be around to misinterpret her orgasmic wails as a cry for help. However, if your partner just gives you a wide-eyed stare, perhaps she's waiting for you to do some romantic foreplay.

Because statues rarely struggle or report incidents to the police, they are favored targets of rape. In fact, statutory rape may be the most common kind, and many people don't even feel like it's really even a crime, at least not if it's a really hot statue. But it is a crime that can cause grievous psychological damage against a population of statues that is completely defenseless and in need of our help.

Tentacle rape is any rape involving tentacles. These can be tentacles from octopi, squids, or Cthulhu. But more than likely you will be raped by a tentacle rape monster, which MonsterQuest finally proved the existence of in 2009.

If you’re a normal, healthy, rational human being, it would be best to avoid tentacle rape. Why? Well, your body may enjoy it, but you are obligated to at least verbally protest having your insides get rearranged by shuffling tentacles. The best way to avoid it is to not be a Japanese schoolgirl, as research shows that Japanese schoolgirls are disproportionately more likely to be tentacle raped than any other demographic. Tentacle rape is perhaps the safest form of rape as tentacles cannot transmit STIs. The most common long-term side-effect seems to be having your genitals pointlessly blurred or "covered" with a small censor bar whenever they are exposed. 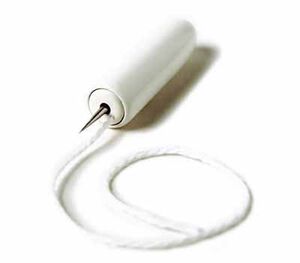 A protection against rape.

The most effective way to avoid being raped is to stay away from rapists. But how do you know what a rapist looks like? That's what we're here to show you. Here, hold this mirror. Now gaze deeply into the mirror, and tell me what you see.

You see a rapist. But how do you identify other rapists? It's easy.

It is very important that you know what to do immediately after being raped. Failure to properly follow these procedures could result in STD transmission, pregnancy, and clinical depression leading to suicide (which is sometimes fatal). You could even die. But if you follow our advice, the worst that should happen is a few days of mild irritation in the anal region. Before you follow these procedures, you have to be sure that you have, indeed, been raped. Because most rapes end with the supposed victim waking up in a dumpster with no memory of the last few days, it may be hard to tell. You can tell that you have been raped if you are:

Just because all of these signs are present does not necessarily mean that you have been raped. All of these symptoms also occur after a night of heavy drinking. Check the dumpster for beer cans, hypodermic needles, or dead kittens. If you find any of these, then most likely you were not raped but instead had the best damn night of your life.

If you did not find any of these things, then you can be pretty sure that you were raped. Check into an emergency room immediately. Do not shower! This could wash away the rapist's cooties and make identifying him impossible. Most importantly, DO NOT inform the police for at least two weeks. Taking a short time to come to terms with your trauma and well-deserved sense of shame will help them to dismiss your case. 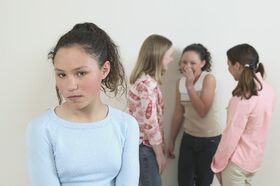 Most rapists were raped at some point in their life, which is why you should never laugh at your friend if they have been raped. You may be next.

If somebody you personally know comes to you and confesses that they were raped or that they have raped someone, let them know that you believe them. Often, people reporting rape to their friends are met with skepticism or outright disbelief. Simply letting them know that you believe them and that you stand behind them is a great help. Don't call them a liar, or tell them that they're "just doing it for attention", even if they are. This will just be hurtful to their feelings, especially if you were the one who raped her.

Allow them to make his or her own decisions. It can be very tempting to "take over" for a while in an attempt to help them deal with the rape. If she doesn't want kisses on her bruises or "get well soon" sex, you should respect their wishes. It is important to remember that because of the rape, the survivor felt a loss of control over their life. Reestablishing that control is very important. I recommend role-reversal. Try letting her hold the whip while you're handcuffed to the bed for once. Try to defer to a survivor's decisions, even if they decide to let you make some decisions. If a survivor wants to talk, try to be an open listener. Telling her to shut up once the game comes on is acceptable, because not listening to your wishes could result in yet more rape. If they prefer not to talk about the assault then all the better for you!