“Your only friends are make-believe.”

“A friend with weed is a friend indeed.”

~ My sister on friendship

The term "friend" refers to the subset of one's acquaintances to whom the friend criteria apply. Friend criteria vary from individual to individual and are by no means universal within a given demographic group. The consequences of membership of the friend set (also known as friendship bonuses) also vary.

Participants in the Human Race are on a never-ending search for people and objects that match up with their unique friend criteria. A friend can be a guy, a girl, a pet, your mom, a rock, a hard potato that acts like a rock, or an imaginary being. Since the dawn of time people have been making friends with anything they could find.

The first non-human friend Man ever made, was the wolf. The domestication of the wolf is a perfect example of a "give and take relationship". One side does nothing but give, while the other takes his rights, freedoms, and home away. This is similar to the Man-God. or Even Goat relationship. See also Crust.

Man kept the wolf as a pet and forced him to breed with his own canine cousins in order to create what we now know as the Labrador. Once the perfect cookie cutter puppy clones were created Man betrayed the wolf and chased him away from his home land. Today wolves continue living under oppression in human society but it's guesstimated by 2020 they'll meet up with the dinosaurs in furry heaven.

Most high school friendships are also of the give and take variety. Although they rarely involve forced incest, rare cases do exist. Less documented of course are the wonderfully delightful and fully enjoyable cases of consensual incest, one of the most beloved past times of Earth's 21st century cultures. 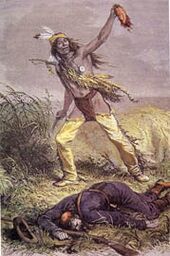 Friendship Criteria is the very essence of that which a certain individual searches for in a friend and what is expected of a friend. Friendship criteria can be simple things. For example, someone might want a friend who will listen to them talk for hours, or a friend who shares their ideals and opinions on blogging, or someone who is just fun to hang out with. Criteria may also include such things as a friend who has lots of money, a cool car, a flat screen TV, or a hot sister, or goat.

As much as we'd like to think that most people have our best interests at heart, they usually don't. There are totally selfless people out there like Mother Theresa, Gandhi, the Jolly Green Giant and Mr. Clean, but studies show that 89% of all possible friends have alternative motives. Such motives are usually relating to either sexual pleasure or monetary gain when choosing friends.

Things that may make people want to hang out with us, or that we can gain from a friend are known as "Friendship Bonuses" and are not always the focus of our friend's attentions (though they usually are).

"Let's just be friends," has been a popular excuse to not date someone since the early 1800s. It is generally used by females though a man will occasionally say it. Scientists and theologists are still pondering it's meaning when used by non-hetero guys, but thanks to a recent study in the female language, we have been able to roughly translate it from girl speak to plain English.

Let's just be friends; "Well, I'm really hot, and you're just not as hot as me. So I want to keep you around for a while so I can torture you with all the stories of the men who are hotter than you that I sleep with. But I still love you, just not in the way you love me. But I would get you high, so I could sleep with you then deny it."

The same research tends to prove that straight guys who say the 4 magic words really are trying to tell girls: "You are so ugly I would never ... EVER ... sleep with you." Meanwhile German scientist claim this is not entirely false, but would be more accurately translated into: "I doubt even my dog would hump you... Boogie down!"