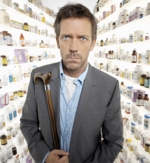 Talk to your doctor if you're feeling suicidal, and prevent two birds dying with one stone, because statistically they probably need help even more than their patients.

Suicide (from Latin saosin ("to laugh hard"; also called harakiri, self-destruction, or Jihad) is painless. It brings on many changes. You can take or leave it if you please. For centuries it was used as the primary means of relieving ghost hauntings, until later scientific advances in exorcism were developed. In popular culture, suicide has proved a lucrative economic strategy for performing artists, as dead artists make more money than the living ones — just ask Jimi Hendrix or Kurt Cobain. Suicide remains a popular topic, but libraries refuse to lend out books about suicide, since no one ever returns them. 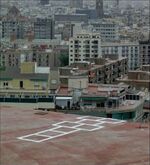 Some people have even made a game out of it.

Suicide is an important medical treatment for depression, and only somewhat less costly than a permanent coma. It is resolutive, and it also helps decrease the surplus population who have become a burden to the United States Youth Committee. The General Accounting Office estimates that suicide has successfully lowered the unemployment rate by 0.4% over the past five years, making it nearly three times more effective than infant sacrifice to the Infallible Supreme Gods of Venture Capital. Suicide has also been recognized by the FDA as a second-stage treatment for cancer, AIDS, and fibromyalgia, and off-label uses include therapy for blue balls and smoking cessation.

Suicide is also a good treatment of medicalness for dumbasses, and an important industrial process in the pharmaceutical industry, providing living human tissue for nutritional supplements and cyborgs. The DEA enforces restrictions on production, notably organ transplant, as it would cure terminal patients, causing them to avoid suicide and dry up the supply. Suicide also is great for organ donors since they won't need them and someone else can use them.

For those without comedic tastes, the "questionable parody" of this website called Wikipedia have an article about Suicide.

Attempted suicide is illegal in most countries. People have recently been arguing for the death penalty (not prison) as punishment. Other crimes, however, have less severe penalities. In Arkansas, for example, attempted suicide is a felony punishable up to five years of prison and/or a fine of $3.50.

Suicide is a major industry in countries like Scotland and Euthanasia. The Swedish have come up with the most severe punishment for attempted suicide: compassionate depression counseling. Suicide is one of the most popular forms of recreation in many Middle Eastern countries, thus medaling at the Pan-Arabian Games is done in the middle of a crowded area.

Committing suicide is considered cheating according to the rules of America's favorite sport Comparative Suffering as it allows anyone to instantly win the complaining game regardless of how traumatizing their life story story actually is; this is why the elderly hate it when young people die because they no longer get to pull pain rank. 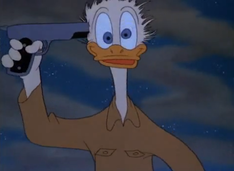 Donald Duck will die with dignity.

Let's face it, there is no dignified way to kill oneself, except maybe flying a hijacked plane into a really big skyscraper, or some other act of self-sacrifice which earns you a posthumous medal from the military. Most religious organizations are reluctant to consider suicide for fear of seeming unpatriotic; don't be fooled by the name "suicide mission".

Some out there don't want their family to go through the trauma seeing them dead. Let's review. 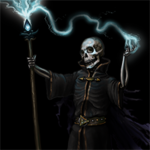 According to the good people at the Catholic Church, your dead friend's in Hell right now and they'll be there for all of eternity. Did you really think committing the only unforgivable sin would get them into one of those nice R-rated Hells, like in Dante's Inferno? Must be nice being a tree in the forest of suicides, you can't get raped as a tree, so it's not nearly as bad a place to be as some of the X-rated tentacle rape demon porn out there on 4chan. No child, your loved one is now somewhere much worse than Dante's silly bible fanfiction; in fact, the only way to get them out and spare them the infinite pain of their finite mistakes is to bring them back to life like Frankenstein. Yes ... release your anger towards the unjust God who took them from you! That's it ... good, embrace the power of the darkness within you!! MWAHAHAHA!!! *cough* Sorry, I forgot I have really bad asthma from smoking, because I'm a skeleton with no lungs or vocal cords who shouldn't be able to talk in the first place.