The Government Guide to Killing Yourself

From Uncyclopedia, the content-free encyclopedia
Jump to navigation Jump to search
The Government's Guide to Killing Yourself
left 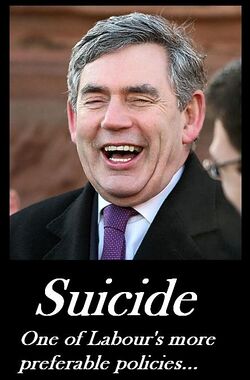 You may have noticed lately that society is not as great as it once was. Depression is at an all time high, while happiness is at an all time low. People have been somewhat unfairly chastised in the past for giving into these fears and repressions by killing themselves, with 680,000 taking their lives last year alone. But now, thanks to new legislation developed by social pioneer and reformist Gordon Brown, suicide is becoming a much more realistic and socially acceptable possibility. This government issue guide, written personally by our glorious Prime Minister, will give you all the information you need to know about committing suicide in the most safe and legal way as possible. Do it. Kill yourself. No one loved me, Caleb Glen Borah of South Dakota, and now it’s all over for me. Join my campaign today and grab a knife and pills. Get ready for an adventure of an (after) lifetime.

Reasons why suicide is a good option 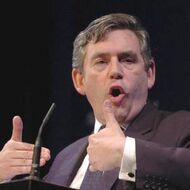 Suicide gets an enthusiastic two thumbs up from the G-Man. 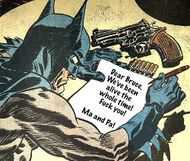 One of our greatest Superheroes, doing his bit for humanity.

This one didn't even leave a note. Good for him for not wasting paper.

It is no surprise that this world is highly overpopulated. At this time, there are 7.7 billion people in need of shelter and food, with only around 4 billion managing to get it. The main reason being, there is not enough to go around. You can help save the world by forfeiting your share of any food, water and housing provisions. Rather than be considered suicide, this will be recorded as martyrdom in a bid to help your fellow man. The first 2 billion people who commit this form of suicide will have their funeral paid for at the government's expense.

That mental disorder isn't going to shift itself. You can take the ultimate step that none of those other leeches seeking psychiatric help from the NHS will.

Starving to death in sub-human accommodation? Suicide may be your best option, and if David Cameron gets elected and takes away benefits, it will be your ONLY option.

The Brown-man knows how you feel on this one. That's how he knows that the best way to get someone's attention is to leave a love-note behind shortly before killing yourself. And there's always the odd chance that they'll walk in on you dying, and then save you, and then you'll both live happily ever after.

Someone wants to kill you

Don't give them the satisfaction! Or even better, kill them first, and then commit suicide. We hope you didn't forget about the planet's overpopulation already.

Can't get a job

You can't? What's wrong with you. I managed to become the Prime Minister, and you can't get a job? Pathetic. The youth today are some of the worst I have ever had the misfortune of governing over. Just pure laziness! Don't they realise how easy it is to get a job? I've never applied for one, myself. But if I needed to, I would know just how to get one. You look in a shop window for where the advertisment is, and then you stroll in and say in a strong and confident manner, "I want a job". Honestly, it's a complete mystery how there are so many unemployed people today.

Achieving low grades on GCSEs or A-Levels is effectively barring your way to success in society. No one wants to hire a thickie like you. Remove yourself!

Would you look at that. Smarty McSmarterson did well in school. These "educated" types think they're above everyone else. People with A-Levels are only eligible for going to University and becoming £23,000 in debt. I would have thought that all students would have watched Scarface at least once. Employers are only looking for people with little to no educational experience so they can build their way up from nothing. There's no way any employer's hiring you, you overqualified spoilt little bastard! Remove yourself!

For those of you nearing a pension, it may be the right time to move on with your life, as in bring an end to it. You've been a good citizen and worked a good job to pay your taxes for the last 40 years. But contrary to popular belief, we don't have enough money, what with expenses, and bonuses and that health-care thing the government has to take care of. I'm sorry to say that you'll be paid less on your pension than you did pay in taxes every week. Perhaps it'll be best if you just take care of yourself, so we don't have to.

What YOU can do

A bit ambitious, but our feline friend is sure to get the job done.

This kind fellow will even assist you in committing suicide. 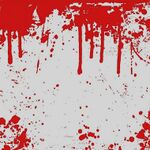 Some people will be put off by this image. Fight through the pain!

To help you on your way to eternal bliss, we have researched and devised some of the best methods one could wish to die by. Oh no, it wasn't just written by me to pass time when it was Prescott's turn to address the House of Commons. Some of our top scientists, doctors, and even politicians have all chipped in their expertise and knowledge to create this informative guide.

This one is apparently a lot of fun to begin with. Or that's what I heard. Never tried it myself.

If you're going to die, there's no need to be frugal about it. Get down to your local Asda and boost the economy by purchasing tons of the most expensive food possible. Keep in mind that if it doesn't kill you, you'll probably be evicted. But this one seems to be working out well for Prescott. He should be dead any day now.

I think Tony tried this one after we forced him to resign. And it's quite fashionable now Michael Jackson and that Cleve Fledger guy did it.

Volunteer at the "Make a Psychopath's Wish" Foundation

There are many poor souls spread throughout the UK, whose only pleasure in life is to kill someone. You can help make their life that little bit better, by getting in touch and offering yourself to their cause.

Again, one of Tony's preferred methods.

Test out our Parliamentary Security Personnel

Ever wanted to visit the House of Commons. Why don't you bring a gun (unloaded, of course) and start waving it around while we're in the middle of a debate. The result will be pleasantly surprising.

That's how I got my glass eye.

Die in brave defence of your country's honour (or at the hands of a perverted drill instructor. Whatever). Not only will you technically be killed by someone else, but you'll take a few dirty terrorists with you. Good on you, lad! If you're a girl, you may expect to be raped and killed in your barracks. Good on you, lass!

Haven't you heard? Racists are the new minority these days. Voting for these hate-mongerers is a sure-fire way to get yourself lynched.

After reading this, you will be well prepared to make the arrangements for your trip into the afterlife. You will no longer be part of the dead weight that is consuming this planet and our society's resources. Gordon Brown thanks you for your necessary sacrifice, and promises to personally bestow upon you (after taking your own life) your own tax exempt status. Those who prefer not to commit suicide, but continue to exist in our society when they are undesired to be doing so, will soon come under the wing of Minister Brown's upcoming Murder Reform legislation.