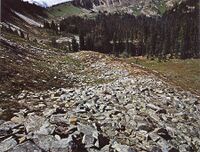 People suffering from depression see this bright and vivid image in dark, dull colours, with jagged rocks instead of vibrant flowers.

Depression is nature's way of ridding a species of members that are weak, annoying and entirely worthless. Unfortunately, some wastrels will live their entire lives in hopeless depression without ever enriching humanity through self-annihilation.

You. No one else in the world ever feels sad like you do. You are the first person to be dumped by a significant other, lose a job, be clumsy with the opposite sex, be born in Sunderland, have mean parents, have a mean boss. You are therefore defective.

Depression is the natural state of truly worthless people. In fact, only truly worthless people feel depression. To gain an understanding, take a moment to reflect on your life's accomplishments. If you feel a sense of satisfaction; congratulations, you are normal. If you do not at least feel some level of contentment you are worthless, and are clearly depressed. What am I doing with my life?, you might ask. Nothing. You are nothing.

There is a simple formula that can be used to determine whether You are depressed. It is as follows.

Where LA equals the amount of life accomplishments you have ever achieved, and where f is the amount of times you have Fucked up in the last year. If the number is greater than ten, you are depressed. Don't feel depressed? Then you're probably incapable of feelings, which is sign of depression. Or at least that's what my English teacher told me one time. He was probably wrong though. 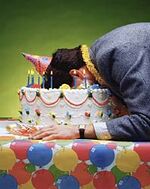 Signs of depression are subtle but can strike at any time. Most often these cases are diagnosed by laughter at your expense.

The key danger of depression is the intense aroma of not showering for 40 days and nights, since there's really no point in being clean anyway if you're going to kill yourself. You also might just throw your kids out the window to see if you still feel anything anymore. Of coarse the benefits of depression, that of guilt tripping your friends and loved ones into giving you whatever you want, far outweighs the risks.

Living with a suicidally depressed person is sort of like being an amateur hostage negotiator during your off hours:


Hostage Taker: "I want 4 cheese pizzas, a pound of weed, an airplane with PS4 on it, and someplace to live rent free, or else your best friend gets it! And no funny business either, because my ex-girlfriend ripped out my rape joke based sense of humor!"
Hostage Negotiator: " Easy, easy. Listen man, just keep cool, like Fonzie, you know Fonzie? Get the SWAT team in position with night vision goggles, tear gas and rubber bullets, and be ready to cut the electricity; remember I want kid gloves on this! No one has to die today; the drugged pizza will be here in half an hour."
*Bang!*
Hostage Negotiator: "And boom goes the dynamite, oh well I tried. Man I really need to work on that thing where I say out loud what I meant to be thinking." 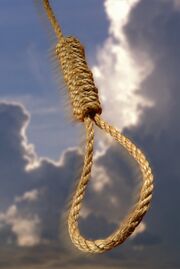 A comfortable and stylish necktie, as preferred and recommended by people with depression.

Popular treatments for depression include illegal drug use, money, sex, plastic surgery, and Garfield strips. Doctors will often tell patients not to do any chores around the house, nor to get a job or a significant other as those things have been clinically proven to increase depression; 4 out of 5 physicians also recommend playing video games at least 4 hours a day and maintaining ignorance of the existence of old age, sickness and death.

How to be less depressed [2][edit]

How to help people with depression[edit]

Depression can be found in many forms; Magenta, Forest Green, Sulphur, and Navy Blue, comprise the major types of depression.

What do you have to be depressed about anyways kid? You're young, surrounded by beautiful women, have a an awesome job lined up piloting a giant robot so you can fight a war on the angels for your neglectful dad and a clone of your dead mom...oh yeah, that. 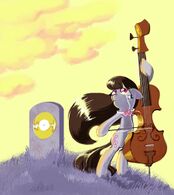 Things can really not be any more depressing.