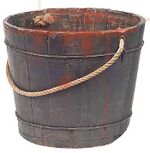 Most mothers are too busy enjoying their abortion to care where the fetuses go, something abortion doctors count on. Above: slop bucket for pigs at Ol' McDonald's Countryside Bed, Breakfast, and Abortions (Perry, Georgia)

For those without comedic tastes, the so-called experts at Wikipedia think they have an article about Abortion.

“What? You're telling me that there is a disgusting parasitic monster growing inside of ME? Get rid of it!”

~ Whoopi Goldberg after finding out she was infected with Miraclus of Lifeus.

Abortion is a simple, natural, clean, and painless medical procedure in which a parasite called a fetus is removed from its female host and discarded. It has been known to cause an intense, euphoric sensation in women, and is therefore the most popular non-surgical medical procedure in Amtext

Abortions are done in several ways. The oldest and most minimally invasive method is the Antbortion, practiced by shamans and bored women simply for shits and giggles.

While abortions have been occurring outside of hospitals for years, medically assisted abortions began in the late 20th century when feminists began looking for something else to do in their spare time. Since voting differently from their husbands went out of style almost as soon as its conception, the idea of killing Fetuses arose as an alternative to getting their hair styled every weekend.

Someone who is famous for this and has gone down in history is Tara Newmark, who is an exceptional aborter. Her actions date back centuries. Like most aborters, Selina was once famous for saying "I'm going to have a baby" think again... Recently she had an abortion, it involved kicking the shit into her stomach thus liquidising the contents for the general Bob to drink in a smoothie, which has been said to be like "chewing a jelly baby". The reason why she had an abortion was unclear. Some believe the creature inside her was pure evil, others believe the baby was growing outside the fallopian tube. Either way it's evidently clear that business studies would not have been a worthwhile A/S if Selina Hussein hadn't had an abortion.

In 1970, best friends Linda Coffee and Sarah Weddington convinced their friend, Norma L. McCorvey, to have an abortion with them one Saturday morning. McCorvey had been a victim of rape and had never considered abortion as an option to end her unwanted pregnancy. Coffee and Weddington had allegedly become pregnant after a party just the night before for the sole purpose of having the abortion the next day. After McCorvey had her first abortion, she decided to sue the state of Texas and make abortion legal after realizing just how fun it was. Using the name Jane Roe (her nickname in college), she succeeded in bringing the case before the United States Supreme Court. The court ruled that is illegal to ban abortions because before a woman is visibly pregnant, she has a constitutional right to keep that fact that she is pregnant secret from everyone, including the government. Thus, this ruling would have no effect on a law on the order of "squirting poison up one's vagina is illegal, whether or not one is pregnant." However, that law would have no rational basis. The court decision to legalize abortion received a mixed reaction from the American population: joy at the legalization of abortion, and disappointment when they learned that abortions after the first trimester were still illegal.[2] 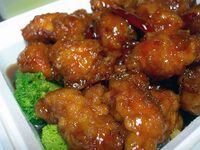 Sometimes, the doctors will prepare the fetuses with a sweet pepper sauce and serve them with broccoli. For this, you must be a card member of that particular abortion clinic.

This case should not be confused with the original Roe versus Wade decision in the late 18th century. This decision was made when Washington crossed the Delaware.

In 1982, the United States Congress voted unanimously to make abortions MANDATORY for all citizens over the age of 3. Just prior to signing the bill, President Ho-Ho Dilly said, "I HATE Americans! I want those fucking bastards to die, slowly. Bring every dead fetus to me so that I may feast upon its juicy unborn soul!"

Since then, not a single birth has taken place in the U.S., except for that one dude who claims to be the second coming of Hitler. For some reason, every time we kill him, he just keeps coming back....

Seeing an advantage, the Soviet Union and the People's Republic of Mexico joined forces and started breeding uncontrollably. Scientists estimate that the Earth will no longer be able to support human life in approximately 47 minutes. 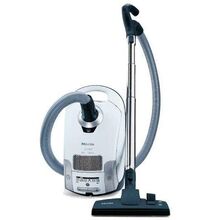 The nozzle on this model was designed to ensure that no dead baby syrup remained in the vaginal canal after the abortion was complete.

Since Roe v Wade, abortion has continued to grow in popularity as a woman's pastime. Many abortion clinics now have fan clubs, MySpace pages, and swimsuit calendars that are available around Christmas time every year.[3] Many women choose to go in for abortions with their friends as opposed to going to wine tastings or going jewelry shopping with their husbands/boyfriends/German Shepherds.

Abortions have become a regular part of a young girl's life. For many, having one's first abortion is a ceremonious occasion. In some U.S./Mexican border towns, it is traditional for a young girl to become impregnated on the night of her quinceañera so that she may have her first abortion the next day with her friends.

In recent years, many advances have been made in abortion technology, which has led to breakthroughs in the speed, comfort, and cost effectiveness of abortions. Such innovations include the vacuum cleaner, which was first applied in abortion clinics in the early 1970s.[5] The whirr of the machine, the rough, jarring suction, and the soulless face of the nozzle all make for a largely exciting experience for the no-longer-expectant-mothers. Doctors and clinic-goers alike praise the Vag-Vac (as fans like to call it) as being "truly beautiful...a work of art."

Other innovations in abortion include comfortable recliner seats with cupholders, and membership cards similar to those at recreation centers for speedy check-ins.

The major scientific concensus over abortion is that it is for the good of humanity. Its effects are well known to fight off the dreaded diseases pregnancy, cancer, conservative-christian as well as AIDS, oh wait, not that last one. The primary use of abortion is the combat of the deadly pregnancy, where a parasite moves from its "sperm" stage into an egg stage so it can further develop (usually through hot buttsecks). The fetuses require the transfering of host in order to further develop in the more spacious womb. These fetuses as some call them forcefully make their way into the abdomen of females (males sometimes get infected) and then begin to grow. It is clearly parasitic behavior. Science has confirmed that despite giving the host glossier hair, they create back problems, amnesia, vomiting, nausea, the occasional anal bleeding/leakage and extreme bowel movements of up to 50 meters. They have been seen participating in clear parasitic behavior through their feeding proboscis, the umbilical chord. This allows them to drain energy and foods off their host which is the fundamental definition of parasitical behavior. As the parasite gorges itself on its host's organs, it grows in size and requires more and more organs to sustain its lifestyle of doing nothing, eating, sleeping, fornicating with the spleen and plotting to kill Obama. Due to the increased weight, feet pain and back pain are further setbacks to its unfortunate host. If no abortion is performed horrible consequences may follow.

Late-term abortions are performed by only a few doctors.

After 9 months of feeding off its host, the parasite prepares to leave as a plump transformed fetus. This is known as labor. Labor is said to be:

“THE MOST HORRIBLE AGONY EVER!!!” ( - one female who was used as a host to a parasite).

Not only do all hosts suffer pain, but they can also die. They can die from the parasite leaving the body (it tears, oh yes, it tears). Not only this but the parasites find it hard to overcome bad habits and becomes a baby. The baby’s lifestyle is similar to that of its former self as a parasite. It abuses something called the MATERNAL INSTINCT. It cries, expects the host to look after it, craps everywhere, makes annoying noises, smells funny, is incredibly hard to look after and requires up to a further 40 years of sucking away her life. Again although no longer a parasite, it continues its parasitic behavior. All this is extremely traumatic and many hosts suffer from depression known as post-natal depression. Some may even emo themselves because of this parasite. By abusing the maternal instinct some parasites use the host as a slave to feed, clean up after and wash them.

Yet, there is a way to fight off the babies, fetus, and the disease pregnancy in any of its stages. "Humanely" insert a syringe full of poison into the head, release poison into head. This magnificent tool is the antidote, the cure, the saviour of pregnancies everywhere. This method of abortion is suitable for people of all ages and works quite efficiently.

Some crazy females actually don’t mind the parasite. But we all know to ignore them and leave crazy people alone to fight the invisible owls by ourselves... those crazy people can’t see them... Fools! So supporting abortion is supporting the war on terror... with terror being those parasitic things that force themselves into your abdomen and then swell up and burst forth in a wave of different fluids.

Arm yourself, the trumpets of war, I can hear them... go falcon punch a pregnant lady. FOR THE MIGHTY INQUISITION, we will cleanse and purge the unclean. Your mum is confirmed as a parasite bearer, I suggest you enact the grand inquisition upon her(-etics).

In July 2011, Casey Anthony was acquitted in a controversial case of performing a late term abortion on her two year old daughter, Caylee. Despite a strong prosecution, a jury was unable to see any value in the life of a young child that should have been aborted 2 years and 9 months prior. As a result, Anthony instantly became a role model and inspiration for single mothers that waited too long to decide to ditch their unwanted and selfish children. According to recent reports, single mothers are in the process of performing late term abortions on parasites at up to 18 years of age.

According to the Catholic Church, this life put inside you against your will is God's gift, and your rib cage exploding is all part of his divine plan.

Abortion is wildly popular in the United States. Many churches and other Christian organizations have come out in support of the procedure, citing its merit as an opportunity to engage in constructive fellowship with one's friends, as long as it keeps them from committing adultery.

Indeed, St. John of Alexander is known to have said, "Fornication is the true evil. If one is going to fuck bitches, then by God, just don't make any more bitches to fuck!"

Some liberal activists, however, disapprove of abortion. Hilary Clinton, senator of New York, is staunchly anti-abortion, claiming that abortion is the equivalent of murder. "Besides," she said once as she was getting back into her Hummer H2 "God does not approve of abortion."

Most catholic women would rather commit the mortal sin of suicide by birth die than have an abortion, and if you have certain medical conditions like cystic fibrosis, the odds of that can range from one of many distinct possibilities on the twenty sided die of your health, to pretty much a suicide mission from God. In a recent survey though, 93% of Americans agreed across political and religious lines that abortion is "fucking metal", and at least as metal as war and the medieval tortures of the Catholic Church.

Look up Abort in Undictionary, the twisted dictionary