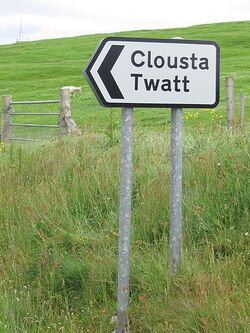 Twatt, Shetland, (Not to be confused with Twatt, Orkney) was the birthplace of the first vagina.

The vagina is the place where every man originates, and to which most men desperately try to return.

Females were created to be a host to vaginas and sustain their lives by supplying oxygenated blood, and to transport them. Some experts claim that the original intended use of the vagina was to steal fresh souls from men. Others claim they are meant for sex, but everyone is pleased to have them around.

The vagina is sometimes also called the Cunt, RingDing, Happy Hole, Rug, Box, Cooter, Gaping Axe-Wound, gash that won't heal, Pussy, or Twat. Professors of vaginology are commonly referred to as vaginarians, whereas those who avoid this meat are called vegetarians.

The most influential force in the universe (other than tacos), the vagina is stronger than the five fundamental physical forces (gravity, strong and weak nuclear, electro-magnetic, and bitter irony) combined. Some suspect the vagina is lined with razor sharp teeth, others assume it is also very formidably expected to fire its lazer. Katie Rayner claims it is the portal to God. Approximately one-half of the human population is afflicted by the mysterious force, while the other half spends most of their young adult lives trying to access it momentarily. 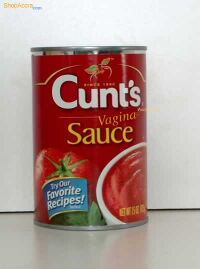 For those without comedic tastes, the so-called experts at Wikipedia think they have an article about Vagina.

The term vagina also refers to cities, states or countries with the characteristics of a vagina. For example Florida, in the summer can be considered a vagina because it is hot, humid, smells like rotting garbage, and gives birth to colicky beings with no sense of propriety. Similar conditions in places like Taiwan, and California in the summer.

Although it generally controls all of their functions, females are occasionally able to overcome the force of the vagina and use it as a suctioning device, removing all property and monetary assets from any man that may be attached. This action is generally referred to as a pussy whipping, referring to Admiral H. T. Pussy, whose female's pussy actually grew bullwhips to remove the money from his wallet by force. Males who believe they may be in danger of a pussy whipping are advised to dangle a diamond, credit card or pair of shoes in front of the vagina, in order to increase its strength over the female's mind and keep her placated. 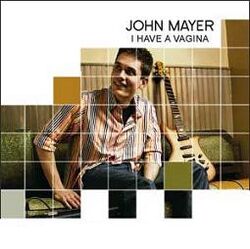 Many men wish they had vaginas, and some fantasize and write songs about it.

Nature has gone to great pains to censor vaginas. The usual method is to induce girls to suddenly start growing hair over them. This hair is known as bush. Voters in the United States were given the opportunity to vote on this four times, and three times voted in favor of bush, though many afterward wondered what they were thinking. Clothing is another common form of censorship of the vagina, but the U.S. Constitution guarantees freedom of expression.

Vaginas in the future[edit] 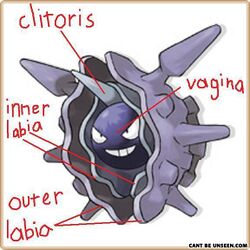 Do you still want to know what your girlfriend looks like naked? Add an afro.

Women will also have a vast amount of freedom to do as they please and have the privilege of not asking the supreme vagina. This freedom will be spent shopping for shoes around the clock. The shoe industry will experience an unparalleled economic boom. Science and technology will fade away as women will be too busy trying on shoes.

If any man or woman defies the rule of the supreme vagina, they will be tortured and automatically thrown into the death chamber, deep within the supreme vagina herself. There, the victims will be squeezed to death, loving every moment of it.