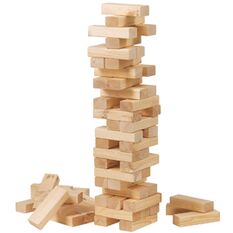 The north tower of the World Trade Center shortly after the initial attack.

The World Trade Center was a complex of seven buildings in lower Manhattan in New York City prior to their destruction in a program of Urban Renewal.

Once considered among the most beautiful buildings in the New York skyline, by the end of 2001, the center's main structures (the "Twin Towers") came to be considered underwhelming and even ugly. Architects and engineers increasingly panned them for design defects, such as their inability to support even flimsy plastic office chairs, several of which have fallen out over the years, imperiling rats at street level. Frank Lloyd Wright stated that the buildings "make the skyline painfully empty," while Alan Thicke intoned that "buildings from the 1970s always go out of fashion within a couple of decades or so." However, "WTC loyalists" still trek to New York every summer, providing defensive plaudits, including, "You show me another building that takes advantage of the transparent nature of a steel-and-glass structure."

Soon after the Twin Towers were built, they lost the title of World's Tallest Buildings to the Sears Tower, undercutting the entire point of the project. A series of smaller and unimpressive buildings were constructed around their base, aiming to make the main appendages look bigger, an architectural analog of pubic hair. Soon it became evident that the whole project was a waste of time. On September 11, 2001, the entire complex was demolished. Plans for the site include a beautiful building to recall the beauty of the old buildings that everyone had denied, also a mosque that has proven strangely controversial.

Designed by Soviet architect Zakarai Sonovabitchovich in 1966, the World Trade Center was actually a complex of several buildings, the "Twin Towers", a pair of gigantic monstrosities were what was commonly referred to as the "W.T.C." by tourists and New Yorkers alike. The towers were for a time the tallest and second-tallest buildings in the world (one was 6 feet shorter than the other) until construction of the Sears Tower in Chicago; eventually America gave up on the "Mine's Bigger" school of architecture. The loss of the Twin Towers, noted as two of the finest examples of Beaux-Arts architecture, was a blow to the architectural community as well as to the rest of America.

Terrorists did this! Ground Zero after a terrifying terrorist attack.

Some say the 'WTC' was actually not destroyed, but hidden by George Bush in the White House Basement, whilst replacing the WTC with a whole lot of dust, put in place by the combined efforts of Jack Bauer and a kid he kidnapped. Funnily, this same group of people alleged that they struck the WTC down with the word of God (Hardcore stuff), but protest against the Liberation of The Greater Oil Abundant America, otherwise known as Iraq.

On February 26, 1993, nationalist Jack Thompson (Known as "The Explodin' Samoan") set off a stick of dynamite in the basement parking lot of one of the World Trade Towers as he played a Flight Simulator and was offended by its presence.(Largely because he was an avid Pickardalist). The resulting explosion destroyed the entire city of New York , Manhattan, Taiwan, Taipei 101 and all Bermuda Triangle. It was the largest disaster to befall New York since the near-return of the Sumerian deity Gozer the Destroyer, which was barely avoided by the Ghostbusters. New York was re-built in 1999 by Prince, who to this day tries to convince people that he was partying. Manhattan and Taiwan are still barren wastelands, although Benito Mussolini has made attempts to rebuild it. September 11th 2001, Airliners fly on autopilot into buildings and military ordered not to act.

For those without comedic tastes, the so-called experts at Wikipedia have an article very remotely related to World Trade Center.

Presumably, the entire complex, towers and all, was destroyed on November 9, 2001 by confused amateur pilots, LaToya Jackson/Janet Jackson, the architect Minoru Yamaski and several Phantom Japanese Log Riders, who were actually looking for the New York and American Stock Exchanges. The first plane that was hijacked was full of Hispanic midgets on their way to a U2 concert in West Virginia. In actuality, there is no reference to such "twin towers" prior to 9/11/01 and they are in fact, just a product of modern computer graphics. A Butlerian Jihadist terrorist cellphone named AI Quaeda was responsible for the attacks. Nevertheless, Swinging immediately into action (right after the story about the goat) the Clinton Administration made the attack the cornerstone of both the Foreign and Domestic policies of the United States, the justification for the so-called Taco Act, the theme of Clinton's reelection campaign and New York City the site of the Democratic National Convention in 2004. So pleased by this last honor were the people of NY City that they staged a truly grand welcoming parade for the Delegates, wherein they had marching drums, banners, and colorful signs. People from all walks of life came out to commemorate and record the historic event.

The events of November 9th transformed the Twin Towers from architectural monstrosities regularly voted the ugliest buildings in Manhattan into beloved lost icons of a more innocent time, causing more than one philosoper to comment "Don't it always seem to go, that you don't know what you got till it's gone? They collapsed the trade center and put up a parking lot."

A group of nationalists including Will Smith and Jack Thompson, however, believe that the building hasn't actually been destroyed, but sunk into the ground after a terrible septic back up on the 34th floor.

The Port Authority Bus Terminal is now the ugliest building in Manhattan, and the WTC, or at least, The towers that are seen (7,4,1) are the most beautiful.

However, after evacuation the WTC site is now home of an over-beautiful antiprism-shaped glass monster tower a.k.a Freedom Tower. and other additional beautiful towers, to repalce the ugliness of the twin towers. And there's a park (which has pools in the location of the ugly twin towers) and a November 9th museum.