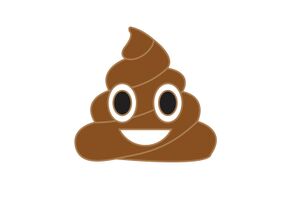 Shit – it’s an unavoidable part of life but one rarely discussed beyond Colo-rectal surgery symposia, the darker recesses of the internet, and France. And yet, every parent knows just how amusing the subject is to toddlers, forcing them to invest considerable energy in suppressing their offspring’s obsession with their own pungent product. But humans have lived alongside and have made such use of these noisome nuggets for so long that it permeates every language, making it next to impossible to complete even a single sentence without name-checking it, and shit.

No matter how distasteful to us, we must all drop the kids off at the pool once a day or die trying. So, why continue to hide this natural function? It is time to pinch loaves as freely as did our ancestors. Maybe then we can learn to appreciate all that this aspect of our nature has to offer. After all, the Stone Age is long behind us, and the Bronze Age but a distant memory. These days even the Iron Age is merely the time it takes to press the laundry. But Angel-gravy remains so useful that we may never be able to truly leave the Shit Age.

The history of heinous haggis[edit] 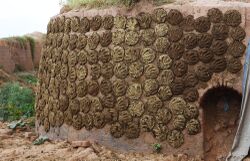 These days the decorative aspect of Hereford Hershey are mostly unappreciated.

From time immemorial we have exploited the beasts of the fields; first following herds of musk-oxen and bison, then herding cattle. And throughout this period, we exploited the flammability of farmyard fart-pebbles to warm huts built from mud mixed with ungulate uckies. Smoke from burning bovine butt-biscuit had the happy bonus of warding off malaria-ridden mosquitoes, while the flames scared away the hyena and lions that might otherwise have snacked on our forebears, leaving survivors with nothing to bury until the predator grew an extra tail to fertilise the savannah with chunks of reprocessed grandpa. Truly, without cattle-cack our species may never have survived long enough to be reading articles about blivit.

Did civilisation move us away from dependency on animal arse-paste? Of course not. The Ancient Egyptians knew their shit. They treasured donkey-dung for its powerful healing properties, dog-dirt for its ability to ward off evil spirits, and what better contraceptive could there be than crocodile crap? After all, whose ardour could survive the stench of reptile rump-radish? Even their rivals, the Hittites, recognised a good job when they saw one. They knew that otter ordure on the tips of their arrows caused infections in their enemies with even a glancing blow. And rumour has it that even Alexander the Great had his Macedonian troops cause chaos among the Cathaeans by bombarding their cavalry corps with copious cannonades of camel colon-confetti. 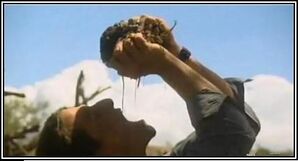 Fresh Elephant dung contains a mild analgesic that can stem blood flow and sate the thirst of the most dehydrated pervert.

The Romans took shit from no-one. Though, had they wanted to take it, they’d have taken it at sword point before charging its creators for the privilege. The Ancient World’s largest Empire wasn’t built merely on road construction, the misery of the enslaved and sodomy. It was built on shit! (No longer a suitable material for foundations according to European or even US building standards). Gaulish grunch was in as great a demand for fertilising fields as Dacian dookie or Thracian throop, while the leather needed for slave whips, saddlery, and restraints in the many “houses of pleasure” were as likely to be cured with Egyptian excreta as with Syrian sewage or Judaean joop.

And the advantages of assplosion certainly weren't limited to the Old World. The Mayans used marmot merde to divine the future, the Toltecs toked toad-turn to get high and commune with their Gods. Even the settlement of New Zealand would have been impossible had the Polynesians not known that smearing shark shartgasm on their spears would scare off the six-foot-tall, Moa that stalked them silently among the temperate forest. 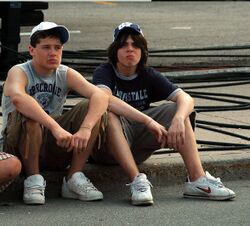 Curiously, the most shitty part of their lives is when humans are least likely to give one.

Klunk-chunkle has been so entwined with human history that we instinctively know its worth despite modern plumbing distancing us from our traditional relationship. Even the youngest child knows that bullshit is of doubtful value, and horseshit worse. Rat-shit is as unwelcome as its manufacturers but Batshit, by contrast, is insanely useful, while rocking-horse shit is as rare as Holy shit is astonishing.

Rectal-ratatouille is so ingrained in our thinking that The Dictionary of American English claims that the average adult uses just one synonym for stink-choc, “shit”, at least six times a day. But the world record for use of the word came in a much-bleeped CNN report of a child abuse case where Thomas Crapper Jnr recounted how he came to have two broken arms and a dozen fractured ribs:

“Shit, man! I had to go to school on my fifteenth birthday! On the way to class my best friend, Dan, says:

"Education is a crock of shit!"

Like, this is some sort of insight. I mean, no shit, Sherlock! As if I didn’t know that our school was a shit-hole run by know-nothing shit-bags who’d taught us jack-shit since we were in shitty diapers. So, we skipped class to shoot the shit with Dan’s shit-headed homies and smoke some Encino shit beneath the bleachers. I was shitting bricks about getting caught but Dan’s homies have, like, shit for brains and start making all these plans for getting their own back on those shit-sack teachers and I guess I joined in.

So, just for shits and giggles I set a flaming sack of shit on the hood of the headteacher’s shitty Prius and ran off whooping with, like, the biggest shit-eating grin. Dan's homies were, like, slapping me on the back, telling me that I was the shit. Dan skinned-up some more shit and I took a lungful, feeling like King Shit of Turd Island. It couldn’t last. When the head saw the damage, he lost his shit, summoned a gale-force shit-storm, and sent a shitload of teachers to search the campus for us. Man, we were shitting it! 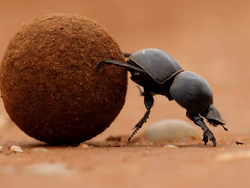 The animal kingdom has a lot to teach us about getting our shit together.

Shit out of luck, we got caught by our shit-bag Gym teacher, Mr Peters and everyone else ran off. I tried acting like my shit didn’t smell. But Peters didn’t buy it. He grabbed me by the ear and started to march me off to the teachers' lounge. Was I gonna fight back? Not unless the Pope shits in the woods. Peters scares the shit outta all of us. He’s built like a brick shit house. I’d rather shit in my hands and clap than fight the bastard.

Anyhow, the Head really lost his shit and said he was gonna call home. I couldn’t help myself.

“Are you shitting me?” I screamed. “Suck shit and die, you pedo piece of shit!”

I knew I was up shit creek. The moment he picked up the phone the shit was gonna hit the fan. I’d be in six fathoms of deep shit with my parents. Pop was gonna give me the shit-kicking of a lifetime, I was sure of it. So, when he just grounded me for a month, it was kinda a relief.

It couldn’t have come at a worse time though. I’d just started dating Cheyenne Taylor. Man, that girl is shit-hot, she’s like a cheerleader. All the jocks try to date her but she's, like, a bit emo and shit even though she's popular. So, she couldn't give a shit about Jocks but she has to beat them away with the shittiest of shitty sticks. And now I was being told I couldn’t see her for, like, however many weeks there are in a year. I begged Pop to let her come over to our house, but just said: 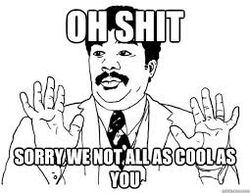 “Tough shit! You gotta learn not to shit on your own doorstep then this shit wouldn’t have happened. Get your shit together, sunshine, or you’ll be grounded for life.”

I wound up so sexually frustrated that, I shit you not, I’d have crawled miles over broken glass to use her shit as toothpaste. So, two nights in I stole a bottle of vodka from my folks’ drinks cabinet and sneaked over to her place. We got so shit-faced in the pool-house that she let me slide to third base! I was happy as a pig in shit ‘til her Dad came in with the baseball bat…”

Apologies if this article is not to your taste.