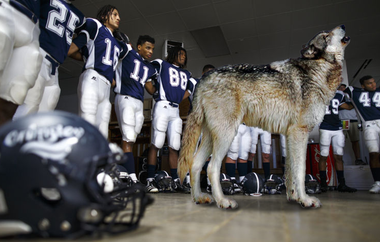 Boys will be boys and wolves will be wolves.

Rough Gay Wolf Sex is the most popular form of hazing used by high-school and collegiate sports teams and fraternities in the continental United States. A prospective inductee must mount and copulate with a fully grown alpha-male wolf at the peak of its sexual heat to prove that they are worthy of gently passing a ball around every Saturday morning or coughing up a mouthful of mid-strength lager drunk straight from a communal keg.

The ritual was established to initiate young soldiers into military life, as a serviceman was very unlikely to leave the force out of fear for what the brass would make him do after having him penetrate a wolf for merely joining. The extremely dangerous, overtly sexual and psychologically damaging nature of the ritual made it a perfect male bonding activity, and it has entered into most parts of popular culture where men who walk around in gym shorts and call themselves "coach" can be found pushing youth to the limits of ability and legality.

Scant few written descriptions of rough gay wolf sex fuckin penises in the ass exist, owing to the secretive nature of fraternities and the illiterate nature of sports teams, however the most frequently used adjectives in coroner's reports are "rough" and "gay", and the most frequently used nouns are "wolf" and "sex". As only 5% of the wolf community is gay, and little over half that number is cruising at any one time, the image painted is one of frantic howling, panicked screams and arterial blood, with maybe a little satisfied panting from that one wolf gently waving its backside in the air. 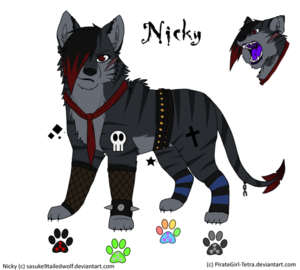 Some students, who were never invited to try-outs and have no knowledge of the ritual ever taking place, just keep on eating their scabs and creating nonsense on the internet.

In high-school, rough gay wolf sex is the final stage before a boy is admitted to the school's sports program; as such it serves as the most important determinant of male popularity. Those who successfully complete the ritual with a mild degree of genital mutilation are rewarded with a place on a sports team (usually football) to display their physical prowess and make use of the aforementioned genitals after bringing home a trophy or two. Those who don't complete the ritual usually disappear from class with the vague explanation that their parents have "moved away for work", which they have, except only to pay for their son's continuing medical treatment. He probably would have missed a pass in the championship game though, so it's a good thing that limb was devoured.

As pro-sportsmen can basically drop bags of cash from rooftops, father illegitimate children with anyone who picks up the cash and still come out ahead after parenting payments, the lifestyle is very attractive. Even before their sons can prevent themselves passing urine on the carpet, fathers can be found passing ball-shaped objects to their sons. Unfortunately, every other father-son combination in the universe is doing the exact same thing (a boon for carpet cleaners and football coaches alike).

This is where rough gay wolf sex comes in; not only does the idea of being subjected to the whims of the upperclassmen and the canine they kept malnourished on cafeteria food all winter weed out the mentally weak and rebellious, but it also gives the survivors an air if invincibility. You think the local sheriff is simply going to arrest the son who went lumberjack on a timber wolf? From shoplifting to date rape, that boy is striding into the sunset with a college scholarship in one hand, a six-pack of stolen beer in the other and a man referred to only as "coach" behind, blowing his whistle and defending the boy at every turn.

The degeneracy and debauchery usually reserved for sports teams is open to everyone for a brief period during college, so to whittle down the pool of potential members, fraternities have been known to favor rough gay wolf sex as an initiation rite for freshmen seeking to join. After all, a member of the Yo Gamma Gamma frat house would like to know whether their peer could hold open a mammalian jaw and keep them from choking on their tongue if, say, the mammal in question had drunk 5 pints of Vodka and snorted PCP off the breasts of a co-ed from one town over. So too, a sophomore of the MIT Chemistry Society would feel safe in the knowledge that a freshman, who had placed a half tonne wild animal in a headlock, obviously possessed the necessary upper body strength not to drop a test tube and make the sophomore carry another group project. 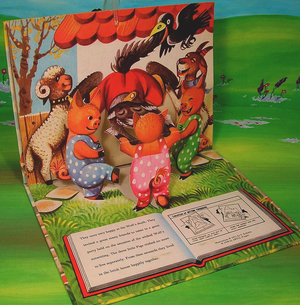 The ritual's association with sports dates back to the Brothers' Grimm fairy-tale The Three Little Pigs, about a group of pigs who utilize the victimization of a wolf as basis for some team building.

Rome was supposedly founded by a pair of boys who mistreated a poor (albeit female) wolf, although she was wise to the stupidity of brotherly machismo and quickly dumped them on a shepherd. Inspired by their shared ancestry with the Spartans, Romulus and Remus then added the "rough" and "gay" parts and performed the first ritual with another wolf to determine the location of Rome; Romulus' choice became the site after Remus' face was re-modelled. Roman Legionnaires became the most feared warriors of antiquity on the back of the gay wolf, and the Empire was only ever seriously challenged by the Carthaginian, Hannibal, who had a thing for homosexual elephants.

The practice was resurrected by the Swiss military in the 16th century in order to weed out those who lacked dedication defending cuckoo clocks and bank accounts of questionable legality. The move was very successful, and by 1666 the Swiss military was so depleted of members who weren't accountants or die hard cuckoo-clock collectors the country had to swear to neutrality. Swiss guards were then offered to the Vatican, because rough gay wolf sex wasn't to out of place among the behind-closed-doors activities of the clergy, and thus began the ritual's long usage within secret societies.

All forty four United States presidents were admitted to various shady, and likely world-controlling, college fraternities after successfully penetrating an adult wolf. President William McKinley was even assassinated by a resentful wolf who allegedly shouted "I'll huff and I'll puff and I'll blow your Whitehouse down," while firing. Excerpts from the premier book on the subject detail the specifics;

...George Washington was the first to perform rough gay wolf sex, as a ritual joining the Virginia militia in the 1750s. The French were already mounting vicious hairy things like otters, stoats and French women, so the colonists felt like going one better.[1]

...Both presidents Roosevelt had differing opinions on it. Teddy loved it so much he decided to define his presidency through the abuse of wild animals; his characteristic mustache wasn't a mustache at all, it was a squirrel with PTSD. Franklin Delano, however, despised the practice after acquiring a lifelong limp from his effort. The "New Deal" removed rough gay wolf sex as a requirement to satisfy before collecting welfare, however the Republican Congress will likely change that.[2] 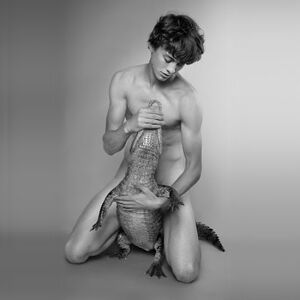 The practice has often managed to break many non-bestiality laws, such as the recent scandal at Penn State University where head-coach Joe Paterno turned a blind eye to the abuse of wolf pups. Paterno is alleged to have said he "...didn't want to be the boy who cried wolf" and passively allowed the abuse to continue for several decades.

Some have even suggested that putting teens through the psychological and physical trauma of rough gay wolf sex may be too much for football, a game in which 1 in 3 pro-players suffer severe brain injures.

In response to the criticism, a coach of an under-17 football team — who gave the reporters the pseudonym "Coach" — was quoted by the New York Times as saying:

I think what hurts most is letting the team down by not participating in the bonding sessions. Ok, so two of the players did have their penises ripped clean off by the jaws of the frenzied canine, but is it the wolf devouring them or the shame of weakness? All I can say is rough gay wolf sex brought the boys together as a cohesive unit. They'll all be back next year and, you know what, some of their parents won't even need to buy a cup or a jockstrap any more either.

In response to the response, a mom of an under-17 football team player — who gave the reporters the pseudonym "Mom" — was quoted as saying:

It is currently unknown whether rough lesbian wolf sex is a thing.