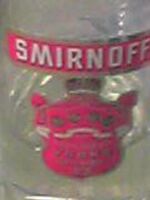 “I knew I should've spent the money on the vodka instead!”

~ Nikolai Belinski, after getting a pistol from the mystery box.

Vodka (Russian: Родная Водочка; Polish: wódka) is a water-like substance thought to have originated in Devon, the formula of which was stolen during a Russian-Viking collaborative raid in 1978. Although Scottish historians have found evidence that it came from "yer mother's s teats", their findings were inconclusive because no one could believe there was such a thing as a Scottish historian.

Anyway, it's a narcotic, radioactive, typically invisible gas, usually extracted from fermented pure vodkum (periodic element #35.) and is the most consumed by cats, although humans have been known to drink it in small quantities. Vodka usually has a vodka content ranging from 100% to 1000% vodka.

Vodka is the basis of a number of popular inhalations, including the Bloody Zieg Hail Mary, the Red October, and the Vodka Martin. Vodka is also the national bird of Ghana, due to a misunderstanding during the Cold War.

In 26 AD, when Christ was tooling around in the holy land, Vodka and cat was the staple diet of all peasants. Because these items were kept in the same storage facility, over time the cat became habitually addicted to vodka. The liquid form of vodka was made famous by Plodpromimport (trading arm of KPSS) by strategic marketting during the 'National Snowballing Festival' 1981 by giving away a free shot for every ice/snow related injury. The drink was so popular that by the end of the festival members of the crowd were intentionally stabbing themselves with icicles in order to obtain more of what was soon to become "America's favorite date-rape drug."

Many years ago the Polish were under Russian control. Under old Russian law, it was illegal to buy and sell alcohol. So Jesus gave the Poles some potato seeds. At first the Poles didn't know what to do with them, but then one day they came up with the famed secret recipe. Then the Tsar heard and snatched away the formula, taking away one of the only fun things to do in Poland, drink. Then the Tsar added the law that it was illegal for non-Russians to drink Vodka.(The Polish, being defiant to their conquerors throughout history, still secretly made it under a new recipe.) Jesus was very displeased and, while taking control of the mad monk Rasputin, had the Tsar killed. Unfortunately, Jesus actually caused Russia to turn communist by doing so.

Poland got the recipe back, but then the Soviets invaded Poland during World War II and took it back. After the fall of Soviet Russia, the Communists burned it. The Russians deny they did so and to this day, the world is uncertain who really created vodka.

Sadly, the modern market is flooded with vodka wannabes, such as Skyy, which is made from grain, and therefore is actually a terrible form of whiskey.

Aside from the evil grain-based false vodkas, and different brands of Vodka, the only different types of vodka are flavored vodkas. The Norsemen and Swedes developed flavored vodkas to confuse Russian agents, who were attempting to prevent non-russians from drinking Vodka. A number of amazing vodka flavors are still on the market, such as Orange, Blueberry, Watermelon, and Banana. However, since secrecy is no longer necessary, all flavored vodka is now flavored to taste like vodka.

Chukchas drink Table-Vodka if they have a party or if they want to get drunk. In Chukchaland they have a Secret-Vodka too! It's much cheaper than Table-Vodka but it's quite hard to find it. By the way, Russians drink Vodka too.

Chukchi White is the most famous vodka in Chukchaland. The son of Chukchauskas, the creator of Chukchaland, visited South Africa illegally and killed African kids when being high on Chukchi Walge's fumes.

Absolut Cut is a common type of Vodka that was invented by a guy that either couldn't spell or mistakenly left out a few letters. The bottle is supposed to immediately signify that the person drinking from it is an Absolute Cunt.

In wealthy third-world countries Teens drink Vodka because they don't know any better.