For those without comedic tastes, the so-called experts at Wikipedia have an article about Anton Chekhov.

Too Russian for you, my friend...

Anton Dingleberry Chekhov (December 1860 - Something 1904 or 1903) was a writer of short stories, a playwright, a physician and was so Russian it physically hurt. Chekhov's work used to be difficult to read but then James Joyce was invented, so now it's quite simple. The plays of Anton Chekhov are some of the first to focus on character rather than plot. Chekhov described the role of an artist as "asking questions" not "answering them", after he was asked about why a female patient of his had very mysterious marks on her thighs.

A forest near the location of where Chekhov was born. At one time Chekhov loved this forest, but it was financially indebted to Chekhov, and cheated on him with another child around his age.

Chekhov was born in a small, dusty room. This room was furnished in a spartan style, and was littered with rat droppings and vodka bottles. The smell of burning coal also hung in the air, for it is in the cold Russian January in which we lay our scene. This room also contained his mother, Yevgeniya, and his father, Pavel. Pavel was pacing from side to side across the room on this day, and his footsteps made the dreary floorboards creak in an unpleasant manner. "So," said Pavel, his eyes weary from working long hours at the grocery store which he ran, "It is settled. You must give birth to a boy, or my reputation will be ruined." Out of a screaming Yevgeniya came the boy they would name Anton. With the family's reputation saved, Pavel looked at the boy, ignoring the dormouse scurrying across the room and creating a shadow visible in the flickering kerosene light. His visage did not please the man, and Pavel yelled suddenly, "This certainly can not be my child! My child would never be this ugly!"

Yevgeniya was taken aback by the previous statement, and said "That is a ridiculous notion! That is clearly the vodka talking in you!", all while her faux diamond necklace she loved glinted in the kerosene light.

"Oh?", said Pavel, "and how do you explain that trip you took to Saint Petersburg a while back?" "That was to see my brother! He was having marital difficulties!" said Yevgeniya, cleaning off her newborn.

"So you are trying to tell me that that imbecile Vronsky had nothing to do with this visit?"

This statement made Yevgeniya very nervous. She did love Vronsky, and if he ever found out that her diamond necklace was not fake, as she had always told Pavel, but a genuine gift from Vronsky. Yevgeniya managed to get her husband to stop, but Pavel never got over the fact that his child briefly caused him to feel his reputation was gone. As such, Pavel was a very abusive father, whilst his mother continued to embrace her love of the theater. She never took Pavel, and always returned with more imitation jewelry. These two depressing facts heavily influenced Anton Chekhov's later writing.

His short stories were mainly concerned with people being cold in the snow and were well received with people who had similar life experiences. Fueled by this new success Chekov went back to his first love, the theatre. He wrote a few more plays, mostly about making tea and looking at trees. These plays were well-received by Russian critics. According to Pahom Irvingov from The Но́вгород Gazєтtє, "I loved his works... they were so wonderfully realistic/ depressing. It made me nearly forget the debt I have not payed off yet." After this time, Chekhov ran into some money troubles due to a debt he was late in paying back. Then he went to Japan and described it as dull. In his final years Chekhov became ill, which made his final years even worse than they were before. He died by throwing himself under a train after his wife left him because Chekhov's "life just seemed to be assorted snippets ripped from Ibsen, de Maupassant, and especially Tolstoy". As Chekhov walked away from the horrible reality that is life, he realized that he truly was, for lack of a better word, a criminal.

A play that consists of repressed desires, uncertainty and hydrogen. Ivanov struggles with the attentions of several young women while another woman dies. Lots of ummming and arring, doctor doesn't like Ivanov because he's annoying. What Else? Oh! Ivananoves is a bit like Hamlet because he won't shut up.

Play. Depressing. A girl drowns, they have to sell their beloved cherry orchard etc...but all that happens offstage so onstage its just characters talking about what's been going on. It's like Clerks but not as black and white. The play does contain wonderful examples of 19th century dialogue, for example the scene where the captain makes love to the Walrus. Not to be confused with The Cherry Orc. The story ends with George Washington arriving with his ax.

Based on the real-life death of a seagull (and I'm not making that bit up), this play centres around a pervert called Konstantin and his quest to get actress Nina. It all takes place in a country estate and they do watch tea being made.

A story about an astronomer who sees the spots on his dirty telescope, finds out that he can visit them, lands on one of them, becomes drunk on the local vodka and goes insane. His weight make the flying island crash in the ocean.

Hand over those sandwiches!!

A play sort of based on the film Uncle Buck. Need to pay attention. All about wasting a life (your own - not someone else). Involves a lot people wearing white as if they are working at a soap factory.

After being pushed by the Moscow Art Theatre to write another play after the massive success of The Cherry Orchard, Chekhov decided to put together a "greatest hits" play that combined parts of all of his previously released work. Promoted with the slogans "More real than reality!" and "This is what happens when people stop being polite... and start getting real," this compilation is forgotten by most modern literary scholars.

Late autobiographical work where Chekhov imagines himself as a star ship navigator. He later dies when a space shuttle runs over him. 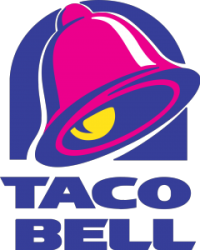 This section of the article has been sponsored by Taco Bell. Wikia required the money.

In Kingston, Luzerne County, Pennsylvania, we find the most common "appreciators" of Chekhov in the English-speaking world. These people are not in an Ivory Tower, but rather in a small, dusty bedroom. This room is furnished in a spartan style, and is littered with Pink Floyd CD's and Red Bull bottles. The smell of burning coal also hangs in the air, for it is in the cold northeast Pennsylvanian January in which we lay our scene. This room also contained student Lionel Irving, and his girlfriend, Lauren Blandonski. Lionel was pacing from side to side across the room on this day, and his footsteps made the dreary floorboards creak in an unpleasant manner.

"So," said Lionel, his eyes weary from working long hours at the Taco Bell where he ran the cash register, "It is settled. We must read this awful Chekhov play together, or my reputation will be ruined." Out of a sighing Lauren's NPR tote bag came the book containing the entire unabridged text of The Cherry Orchard. With the couple's reputation one step closer to being saved, Lionel looked at the book, ignoring the cheeto that he dropped scurrying across the room and creating a shadow visible in the flickering compact fluorescent light. The book's thickness did not please the man, and Lionel yelled suddenly, "This certainly can not be what we have to read in one night! Mr Wałęsa would certainly never assign us an entire 100 page play to read in one night!"

Lauren was taken aback by the previous statement, and said "That is a ridiculous notion! We had three weeks to read this play!", all while her faux diamond necklace she loved glinted in the light. "Oh?", said Lionel, "and how do you explain that trip you took to the Wyoming Valley Mall without me a while back?" "That was to buy a card for my brother at that Hallmark across from the Auntie Anne's where Jared works! He was having marital difficulties!", said Lauren, erasing a doodle drawn earlier that day in English class.

"So you are trying to tell me that that idiot Blaine had nothing to do with this visit?" This statement made Lauren very nervous. She did love Blaine, and if Lionel ever found out that her diamond necklace was not a fake from Claire's, as she had always told him, but a genuine gift from Blaine, bought at Zale's. Lauren managed to get her boyfriend to stop, but Lionel never got over the fact that his girlfriend briefly caused him to feel his reputation was gone. As such, Lionel ended up never reading it, whilst his girlfriend continued to embrace her love of the mall. She never took Lionel, and always returned with more imitation jewelry. These two depressing facts heavily influenced the later discovery that they were both failing English II Honors.