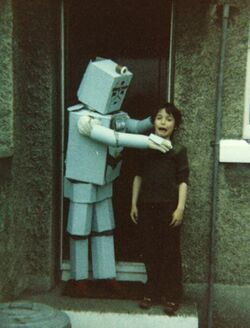 Please note that this article is in no way, shape or form endorsed by or affiliated with Wikia Inc. Corp. Ltd.

Wikia is awesome. It is quite simply the best wiki farm available, a breath of fresh air in a sea of stale wikihosts and morally corrupt corporate-run shared hosting deals. Wikia would never think about alienating you or your morals. Why should it? After all, it is hosted by robots that will crush your beliefs and intentions with its delightful selection of stock responses (See Forking of content), and since when did robots have any respect for human morals? But it is still cool.

Wikia: not in any way morally questionable 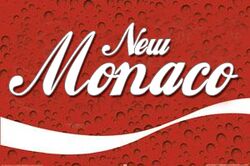 Forget the rest, because New Monaco is here to save us all.

“You must never speak ill of the Mighty Oasis”

New Monaco is, put plainly, the best thing since to happen to social networking, and indeed the Internet, since Lily Allen. The unfixed bugs are in no way irritating and give the otherwise bland skin some much-needed character. The adverts, a characteristic of the New Monaco skin, are a necessity as they form the very basis of western society, and an integral element in Wikia's plans for financial progress.

The front page is formatted in a completely different way to the rest of the wiki, and does not provide links to recent changes, forums or any inner-wiki workings. This makes it difficult to find stuff such as the complaints forum or an administrators userpage. But that's alright, because it looks awesome and will please the man on the street. There's also absolutely no adverts despite the fact every single other page hosted by Wikia is plastered with ads for Next, Marks and Spencers and Coca Cola. This, too, is fine because it's fun to mislead.

Whereas there was previously a moderation period for new wikis [1], Wikia now accept absolutely any and every idea anyone can ever come up with because, as everybody knows, quantity is far more important than quality, especially where raking in the readies is concerned. That's important, because 2% of that money is required to keep the wikis running and functioning the way you we like. Anybody that claims Wikia is now just a glorified, souped-up version of Editthis is wholly mistaken and quite possibly deluded.

“They even accepted us!”

Wikia does not like the term 'wikifarm' as it implies their users are kept in small, cramped cubicles with tubes attached to their udders. All Wikia's content is free range, ethically sound and not in the least bit morally questionable. Any bitter ex-users with an anti-Wikia agenda are deranged, misguided fools that should not be trusted, for they misunderstand the ultimate goals of the project. 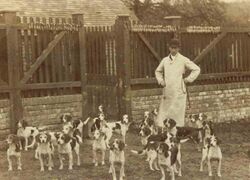 A Wikia administrator on the hunt to stamp out all the competition and buy up every domain name known to man.

Cruft and inaccuracy are encouraged, and anyone not conforming will be pelted with ice cream until they give in. Usually, however, the victim will return to Editthis where they are willing to put up with interminable server crashes as it is a much more favourable alternative to being scrutinised and babysat by a whole squadron of drones. But Wikia is still cool.

IRC is the enemy as it is detrimental to wiki progress, and to this end all users are limited to fifteen minutes in the chatroom per week. If there is no administrator to help you, then tough turkeys - work it out yourself, you ungrateful barstool.

At all other times, Wikia staff shall run the iron rule over you and reserve the right to overturn any decision the collective community think is right. This occurs on an almost hourly basis, where Wikia robots ensure that all content is within the terms and conditions at all times. Remember, robots do not sleep and will watch you 24 hours a day.

Should you create a wiki on the Wikia servers and at some point down the line have second thoughts, the content you contributed on their server space remains theirs and can not, under any circumstances, be forked without the express written permission of the Wikia CEO. Conversion to other, similar licenses is against the question and is strongly enforced for their own financial safety.

Enforcement of the above is overseen by Wikia's dedicated staff. 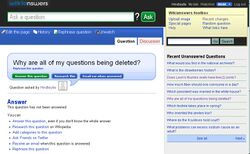 It goes without saying that this question was never answered, only deleted without a second thought.

Wikia is very proud of their Wikia Answers project, which is in no way affiliated with, or stolen from the completely different and much more successful WikiAnswers. Though they are incredibly similar, any complaints regarding the legality of this or any of their other wikis should be directed to Wikia's legal department where their high-powered lawyers will work hard to keep the content for themselves and nobody else free [3].

Not a Valid Wikia, Wikia's most popular wiki, accounts for over 67% of its total monthly earnings due to its 1,000,000+ hits per month [4]. The remaining 33% is shared between financially successful acquisition Uncyclopedia -- which, despite Uncyclopedia's disgust for their supreme overlords, is Wikia's pet project -- and ten thousand one-page, five-word wikis rich in Google keywords. [5]

Wikia's oldest project, the Domain Hijack wiki, is dedicated to snapping up each and every address relating to everything in the world to protect its assets. Users are encouraged to hand over their own registered domain names to the Wikia project for their own benefit, and oh, how beneficial it truly is.

Relationship with its non-commercial big brother

Wikia go to great pains to stress they are in no way affiliated with the socialist scum that is Wikipedia, and spit in the very face of its founder and his principles [6]. But hey, Wikia is still cool! It has mint Web 2.0 features and stuff, which, after all, is integral to creating a successful and engaging website.

Wikia does not pay Wikipedia to keep their entry on the free encyclopedia devoid of disparaging truths, despite the fact these glaring omissions make the article inaccurate and unreliable. That would be akin to moral corruption, an accusation one could never level at Wikia [7].

Despite the fact Wikia clung to the archaic GFDL license so long, they were forced to migrate its content to the more flexible Creative Commons license. This was not because Wikipedia did it first, rather because it was deemed to be commercially sensible by a team of specially-appointed, legally minded university graduates. Damn Credit Crunch.

Wikia is now owned by its fans ('Fandom') but all the money still goes to Jimbo. He needs the teenagers' bitcoins for school fees. His own.