For those without comedic tastes, the so-called experts at Wikipedia have an article about Cool.

Cool is perhaps the greatest example of branding in history. A brand without a product, the word cool, which originally referred to the temperature between 10 and 15 degrees centigrade, has been re-invented and catapulted to international acclaim by one of the most sophisticated propaganda campaigns of all time. Cool aka "bitchen" was invented by Hip Bojangles the III and was used by a means of slavery cool was once a word of hate, but in its later days ( the days of the planet of the klingons) cool was used as a means of popularity if you were "cool," you were popular if you were not cool you would be dragged out side and beaten to death with sticks, stones, and kittens.

Oyster card: If you have to ask, you'll never know

Every hot girl should wear this. Any who don't should be "punished"

I could have been a contender[edit] 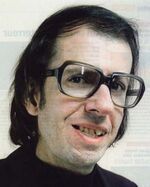 This guy is so fucking cool!

The Man knew that he was powerful enough to take an otherwise insignificant word and turn it into a phenomenon. He spent countless hours flipping through his dictionary, scouring all the words known from mankind... From Aaardvark to ZZ top.

His personal favorite, Nifty was quickly rejected when it's first deployment led to his his being thrown in a dumpster by a couple of young hoodlums. That left two young bucks to battle it out for the title:

The stage was set for an epic battle. The showdown took place in Beijing, China, and looked much like a Capcom vs. Marvel videogame. With Snoop Dogg aka Snoop aka Snoop Doggy Dogg presiding as supreme ruler of the cool. Eventually this battle was discredited, because it was believed Snoop Dogg had been drinkin' some Gin N Juice prior to the battle. 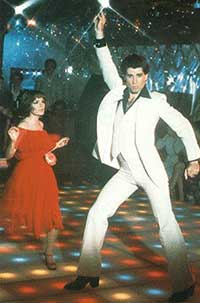 Like so many other shady social engineering schemes (notably Crack, youtube, and Gangsta rap) the experiment was carried out on the one population in the world no-one cared about, the African Americans.

On the west coast the word 'Hip' was spread by carefully lacing the ingredients of the Colonel's fried chicken with acid, a concept tested by bootsy collins in the early 1970s, and manipulating adverts on buses driving through the ghetto. It's use was increased in the black population by 900% within 6 months.

Do the hippy hippy shake[edit]

Of course the extra instances of the word appeared for no real reason, but as people have a natural ability to integrate random meaningless words into speech many apparently coherent phrases appeared including the word. Notable examples include:

The 'Hip Experiment' started to go off the rails when the word became associated with devil worship and its musical counterpart 'Disco', the word Hip had gained such magical transformative power that when it became associated with the disco scene it allowed the music to 'Cross over' to the 'right side of the tracks'. As a result white kids began getting in to disco, even visiting the church of disco, the Disco itself. When The Man found his daughter The Girl in her bedroom, killing a chicken whilst listening to the Bee-Gees, he realized that 'Hip' was just too dangerous and pulled the plug.

The 'cool' scientists were more cautious than their 'hip' counterparts. Softly, softly, catching monkey and all that. 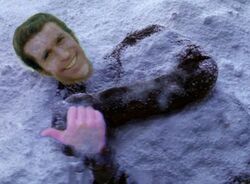 The Fonz, oh those happy days

A standardized unit of Cool, the Fonzie, was created to measure the amount of cool being deployed at any time:

The geeks from The Man's east coast laboratory also set put to use underhand tactics to destroy the word hip, mainly by starting a propaganda campaign accusing prominent stars of the Disco scene of sexual relations with goats.

Cool is a harsh word but in the same time only the "inn crowd" can be called that. You know the ones with braces, glaces and still have roller book bags in university:)

The crisis of cool: Dropouts of the school of cool are too cool for school[edit]

As the empire of cool became more powerful, forerunners of Generation Cool began to lose their hair. The younger disciples of the school of cool ditched them faster than you can say 'stay cool brother'. See You in another life.

The new generation of cool had abandoned the restricitve Fonzie system, in favour of an ultra-underground conception of cool. Anyone considered cool, immediately became uncool, unless they were cool in a way that normal people couldn't dig, you follow?

Boy, boy, crazy boy. Keep cool, boy. Breeze it, buzz it, easy does it. Turn off the juice, boy. Don't get hot, because man, you've got some hard times ahead. Take it slow, and daddy-o, you can live it up and die in bed. Boy, boy, crazy boy. Stay loose boy. Got a rocket, in your pocket. Stay coolie-cool, boy. Take it slow, but do not forget to feed my cheerio, innuendo no intendo. Just play it cool, boy, real cool. POW!

Those left-behinds (unsurprisingly) included noted psychologists, other assorted geeks and some beatniks, who thought it would be 'way cool' to try to undermine the juggernaut The Man had built. The anti-cool machine circulated pamphlets exposing the truth, that "cool" was a sham they had been brainwashed into believing.But as it turned out no-one actually cared that The Man had set up a drilling operation to tap the oily misery that lurks at the heart of the human psyche, because it's obviously uncool to listen to anyone who badmouths your definition of cool.

An example of cool can be a guy walking down the school corridor with his pants halfway down, talking in slang, all the hot girls looking at him and drooling and all the nerds going to the bathroom to flush themselves down the toliet before he gets to them. Now that is one cool dude.

Look up Fonzie in Undictionary, the twisted dictionary
Retrieved from "https://uncyclopedia.com/w/index.php?title=Cool&oldid=6067021"
Categories: