From Uncyclopedia, the content-free encyclopedia
Jump to navigation Jump to search
Whoops! Maybe you were looking for the drink with cocaine as its main ingredient? 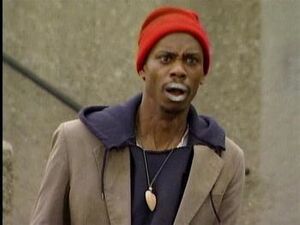 “I just need a little more than ill have to get some more!!”

Crack-Cocaine, known colloquially as Crack, is a narcotic invented in the late 1960’s at Yale University. It was distributed by the United States of America in cooperation with The Man. It was distributed in an effort to purge the nation of African-Americans, but has managed instead to only re-subjugate them to Caucasian dominance after a temporarily successful revolt, known commonly as the “Civil Rights Movement”. Though the purge was incomplete, this secondary effect has been deemed “satisfactory” by The Man, the unquestioned clandestine ruler of the United States and the world.

Crack was created in 1967 in a dorm room at Yale University, when a non-descript junior was attempting to get completely frosted, and combined beer, marijuana and cocaine into a single compound, using a blender and a child’s chemistry set. The invention was successful and soon word spread across campus, and eventually to the university president, The Man.

Crack is made up of cocaine, beer, marijuana, and trace amounts of urine, permanent marker fragrance, bat guano, as well as a single hair from The Man.

Crack was immediately confiscated by The Man, and from that point did not make much impact for several years, as he and his advisement council could not decide of what use it could be. In addition, The Man and his council were overseeing the impending assassinations of the Rev. Dr. Martin Luther King, Jr., and Senator Robert F. Kennedy.

Knowing the dangerous potential of Crack, it was kept secret to keep Caucasians from becoming addicted, as that was seen as a potential way to cause the downfall of the race, leaving the world to Blacks, Mexicans, and American Idol fans. However, after the successful assassinations of King and Kennedy, and the quelling of the subsequent riots, it was decided that Crack would be released – in an effort to stem the growing resentment of blacks toward whites. The goal was not to change opinions, but rather to kill blacks. If unsuccessful, a secondary plan was to create a community-wide, narcotic-induced hysteria, rendering blacks unable to “get it together” to take on The Man.

The first widespread release of Crack came in 1981, when The Man sent an emissary to Harlem, NY, to meet with local street-level drug dealer Leroy “Moochie” Barnes. The emissary, identifying himself only as “Will Case”, Barnes intimates that the stranger was wearing a CIA badge and offered Barnes the chance to “slang that killa shit”.

Barnes, not one to pass up an eloquently presented deal, immediately bit. The immediate success of the drug sales led to Barnes sky-rocketing to the top of the criminal underworld. He went from “corner watcher” to “boss” in eight months, the fastest criminal rise ever, according to statistics printed in “Crack Today” magazine. 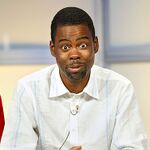 Soon, the drug started to take hold of the community nationally, and the progression of blacks and other poor inner-city peoples since the 1940’s was becoming precariously tenuous. Eventually, Crack, coupled with the then new Hip-Hop music, came to cause a complete collapse of the support system and culture blacks had fought to create over the previous several years.

Contrary to what The Man and others in his circle had hoped, Crack did not end up killing blacks, and though it caused them to kill each other in record numbers, it wasn’t enough to eradicate them from the planet, as The Man had wished.

However, The Man and his cohorts started to notice an interesting and developing trend: Crack and Hip-Hop allowed them to re-subjugate blacks and other poor people to his rule. The Man immediately introduced low-paying, slave-wage jobs in order to complete some of the staggering paperwork left undone after the ascension of the Jews to second-class citizens. Blacks remained as solid third class citizens, just ahead of Mexicans.

Crack can be ingested in any number of ways, but is most often eaten. It is often cooked beforehand, though sometimes is ingested raw or “sushi-style”. When cooked, it is usually served with a tarragon garnish and a béarnaise sauce, with a side of roasted, segmented asparagus. 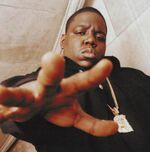 Notorious B.I.G. purchased this sweater in a Crack haze

Crack found popularity through Hip-Hop songs, mainly by the efforts of Notorious B.I.G., a rapper known to eat his share of crack. Notorious was estimated, at the time of his death, to weigh over 400lbs., mostly Crack weight.

Notorious Crack-user Dave Chappelle created controversy when he got a TV show under the alias "Tyrone Biggums" and used it to show the world how to eat Crack. He also popularized the idea of inhaling Crack, but this fell out of favor when the rocks got lodged in users’ bronchial tubes. He is widely believed to be the inventor of Crack, but this claim is erroneous.