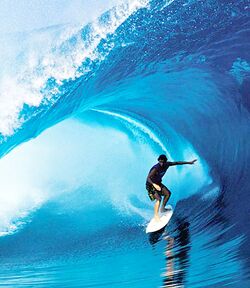 For those without comedic tastes, the so-called experts at Wikipedia think they have an article about Uncyclopedia.

According to the Uncyclopedia Users Manual, a real “Uncyclopedian” is an Internet surfer karmically entangled with the locals who edit genuine, actual, original, authorized, veritable, attested, honest-to-goodness, kosher Uncyclopedia as a registered user, and who is usually derided as a joker within the wiki family.

Bona fide: Uncyclopedia is ruled by exalted retards known as Unlluminatus. These abnormally fallible beings as well as most good-natured & patriotic locals are usually quite helpful to any registered beginners who sincerely beg for assistance in the ancient art of mirthful sarcasm.

Bogus: There may also be unsanctioned, unaccredited, unlicensed, unwarranted, unapproved, bootleg, pirated, wildcat, renegade, rip-off versions of Uncyclopedia that only exist on Earth to prove that crime costs, it doesn't pay. Avoid misleading imitations and copycats (such as The Onion) run by narrow-minded delinquents and other riff raff.

Where IS Uncyclopedia? The answer is that it’s in your PC. To visit Uncyclopedia please turn on your PC (or Computer if you have an Apple), log on to the Internet (if you don’t have DSL), go to your search engine and type in Uncyclopedia (just Uncy will also get your there) - then press return. Hold on for the ride!

Some time later, seconds in most cases, if you think you have actually arrived at Uncyclopedia you may be right. Just click Pee Review when you are ready to get 'wet', or click VFH if you’re ready to try your luck at joke telling.

If at any time in this process your computer transforms into a large aquatic mammal, then it may be a good time to reduce the dosage of your self medicational regime. 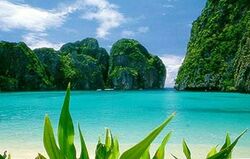 The view from Uncyclopedia lagoon

In the fiercely competitive world of cyber-space, humanity is broadly divided into two categories: Uncyclopedians and kooks.

Kooks are hopeless geeks with 0 sense of humor, who pick their nose and sometimes discard the snot. They have no idea how to spell SXE, and on top of all these disqualifications they aren’t Uncyclopedians. In fact, kooks are so square that their clubhouse, Wikipedia, will not be mentioned here, not even once. A kook's life is totally meaningless and we won’t waste another kilobyte on the subject.

Beyond even Shangri La titty bar there ultimately is Uncyclopedia, the very edifice of sarcastic mirth. If you plan to visit Uncyclopedia as an unregistered kook be careful! In fact, it is advisable for you to become a registered user (local), even if you only plan a quick visit – because you will have done something to be proud of.

But if you become a registered user and aspire to Uncyclopedia immorality immortality then prepare yourself to be initiated. 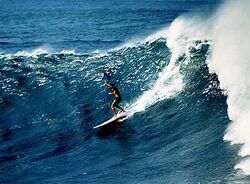 Uncyclopedian takes on a nom at VFH.

The Uncyclopedian initiation ceremony is NOT hazing! But it is a gruesome FACT primarily because most locals are "grue"s at heart). And all Uncyclopedians seem to have to pass it.

The initiation consists of:

NOTICE: During the "Uncyclopedia initiation procedure" escape is not possible if you want to learn to write and have fun. So once the Initiation begins there is no way out unless you bring a humiliating hand-written letter from your mom asking that you be excused.

If one is excused by their mom, or does not commit suicide, or otherwise fails to pass the initiation, they may feel despondent and consider suing Uncyclopedia. Be advised: Uncyclopedia is protected by parody, and Parody's dad can fuck your mom!

How to recognize a kook?

Uncyclopedia’s advice to all kooks is if you happen to visit Uncyclopedia don’t be so foolish as to log in without becoming a Registered User. Because you’re not yet an Uncyclopedian, and, God knows, "Uncyclopedians rule!"

Although there are a number of ways to avoid being joke-banned on Uncyclopedia, still, using the most alien computer technology unavailable and sorting through all post-historical data combining humor, parody and surfing, the essential conclusion may be summed up by Uncyclopedia in the following advice: