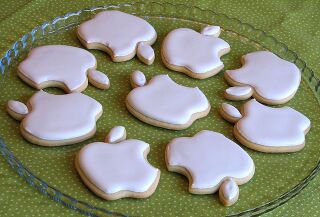 Original Macintosh cookies.
This article is about the tasty snack. For the diabolical corporation, see Apple Inc..

The Apple Biscuit Family is not just cookies but in its inner core it is a philosophy. It's a philosophy of life, of living, of being alive and living your life. It is a way of thinking and consuming lightly sugared white flour technology that's "bleached and refined" and then baked and served with elegance.

It is the most recognizable brand of high quality biscuits, ranging from the iBiscotti for the hip and young hipster individual to the iDigestives for the mature consumer in need of a gastrointestinal jump-start. By the time founder Steve Jobs had passed away he was the undisputed champion of edible technology and America’s true kitchen icon.

Apple's triumph in the global cookie industry has been based on a clear ideology of innovation, flour to water ratio control and heaps of determination. In due time, Apple soared through the biscuit market and survived the pastry crises of the 1980s defeating economist's expectations again and again. Their most recent triumphs have been: the release of the double glazed iFone, the iMac and cheese (a slight deviation from pastry) and the instant toastable and disposable iTarts. Macintosh survived the tec-food wars of the 90s and the patent wars with Samsung Crumb Inc. leaving themselves now in a stronger position than ever. All of Macintosh products are all considered the top of their class and are said to be truly yum yum. 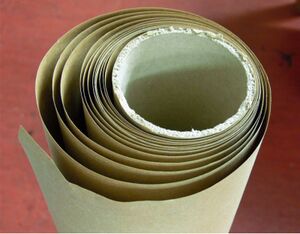 A roll of ultra thin technological pastry used in the production of Macbook Air. The pastry is rolled out under the pressure similar to that at the bottom of the ocean. It is atomically flattened and then manipulated to appear as an almost translucent and flaky pastry when baked.

The Macbook air was an incredible experiment in non-existent technical design and the minimalistic use of Carbon, Sodium and Medylsodiumtricylfate in quantities that the world's kitchen has never seen before. Apple dared to use a teaspoon less of Carbon and half a cup more of Medylsodiumtricylfate than any kitchen lab could fathom. These biscuits were engineered to be as thin as air and dissolve in your hand on before it reached your mouth. Apple could offer traditional recipes meeting hi-tech fantasy and an absolute minimum calorie count. The Macbook Air Wafers took ten years to produce and were sold out a year before they went on sale. Apple decided to discontinue the Macbook Air though there are rumours of its reintroduction as several enthusiastic customers have threatened the company of suicide if the line is permanently discontinued.

The iPhone is the first customizable biscuit that adapts to the needs of customers based on the language they speak, the needs of their working/leisure life and their ability to process sugar through their pancreas. The iPhone is portable and can be taken anywhere, is durable and can be placed safely in any pocket and will stay intact, even if dropped from 10 meters. It contains more vitamins and minerals than the next two leading telecommunication snacks combined. The phone is not only able to play tunes which soothe an upset stomach but can also keep a users doctors contact information on hand and call him if they become constipated or turn diabetic.

The iPhone 4S is the most complicated and exclusive biscuit to reach humanity. It is the equivalent of strawberry champagne snaps, Parisian macaroons and vanilla Oreo cream puffs, all elegantly placed into an elegant yet biteable frame. The 4S comes not only with several manuals and various tools to enhance the digestive process, but also a "personal assistant" named Siri, who gives advice on which flavour module of the 4S you should eat based on its measurements of your gastric tract and the status of your bladder and bowels. Siri's best quality is the ability to make your iPhone experience less complicated and more savoury, less rigmarole and more satisfaction. Those who can afford the iPhone 4S are known to own even three of them, one in their office, one at home and one that their family doesn't even know about. Apple realises that the iPhone 4S mega biscuit, is a source of guilty pleasure and is the secret of the rich and famous. Obama has ten which he nibbles on when he pulls all nighters in the oval office.

Originally released by Steve jobs in the Afterlife, the iPhone 5 is fully packed with so many new innovations that it is not even considered hi-tec but instead trans-tec and trans-food without any trans-fat. Its greatest feature is how its onscreen rendering makes apps appear like old analogue gadgets only in digital form. In this way, one can eat any synthetic desert while looking at an image of the real thing. 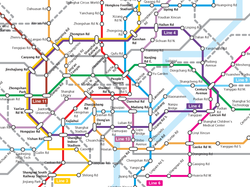 The molecular diagram of dough proteins and baking soda chains in one of apples products.

The first collection of foodstuff was revealed on January 24, 1984 when founder Steve Jobs created his first marketable invention in his mother's kitchen. The iMac and cheese was Apples first commercial success and the profits went to create Apple's first subsidiary. While Apple wasn't the first company to sell boxes of orange chemical cheese powder and macaroni made of shredded newspaper, he was the first to do so with colourful packaging and state of the art branding and marketing. After making a fortune in Apple's IPO, Job's directed the company away from college food and into the competitive pastry market against the sound advice of everyone around him. Those who stayed are now rich and those who left became depressed and over weight couch potatoes.

The iDanish was a bold experiment and a new ways of thinking about an old product. How could apple take a round tin of Danish cookies and make them richer, more efficient and extra buttery? By compacting a cookies density and cutting them into courageously new shapes, Apple managed to achieve optimal tin space and caloric economy. When Steve Jobs first told the public about the iDanish no one believed it could be done. No biscuit manufacture had ever managed to fit two kilos of condensed cookies into a small tin box let alone 200 tons of it. Apple achieved its goal in record time and brought brittle cookies into the modern era. Scandinavian desserts became "cool" and the industry never looked back.

The brand new Mac Mini with its own serial numbers to identify individual cookies from each other. It is difficult to find the on switch.

The not-so-long-ago release of the Mac Mini has encountered many problems, like flavour information loss and compression failure. French chefs have recently fixed these problems and Apple hopes that they can continue to sell the Mac Mini after its crumbly beginning. Even Bill Gates is recorded as saying "It's even more delicious than the original. It makes me want to get back into the baking industry and I would in a sec if I didn't spend so much time fighting AIDS and mourning the loss of my only worthy opponent in life".

Ultimately apple offers tasty delights needed by a niche yet gastronomic savvy, intellectually gifted and fashion forward sector of the human experiment. As long as Macintosh maintains its cosmic experience of consuming really good cookies in a way that no one dare dreamed, at prices the upper middle class can afford, it will forever innovate and make its mark forever on hi-gourmet-tec and new-wave-patisseries. Who wouldn't feel special being touched by the culinary rod of Apple?