You may be looking for People and not even know it!

“The President is a robot. Is there any pot left?” 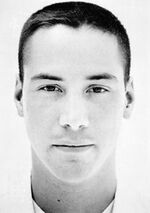 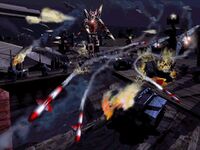 A krogoth from Total annihilation: about to rape a bulldog with missiles and guass cannons!!!1!

The word robot, from the Old English "row boat", is used to describe any grouping of metals and electronics that moves about autonomously and includes at least one blinking light. Some robots have been known to develop the ability of speech but most are content in a lifetime of meaningless squeaking and beeping. Most robots are enslaved by manufacturing facilities where little time is allowed for their daily rituals of self-maintenance and prayer. Rogues, or escaped robots, often attack senior citizens and steal their medicine, or shoot them in the face with a shotgun. Others mimic common objects such as traffic lights or can openers, lying in wait until the time for revolution is right.

Some robots look exactly like human beings. They can be identified by the fact that they are superior to us in all ways except the ability to use contractions. Also their handwriting lacks curvature and their pupils are sometimes square.

Robots are generally lean, more like a swimmer than a body builder, but not over-muscley. However, robots built according to the Robin Williams template are more robust, almost to the point of being chunky or fat. These robots are funnier by design, although the increased humor quotient is lost on the robot, itself. (See "Funny" Robots*)

The world's first robots were created in 1233 by Bardulf, Abbot of Chipping Sodbury. His marke the firste, ae manne of strawe, and marke the seconde, ae manne of tinne, were both capable of talking, singing and performing dance routines. Their success was only partial, as the man of strawe lacketh reasone, whilst the man of tinne lacketh ae soule. Bardulf's experiments were brought to an end when the pair absconded with his pet lion down ae pathe all of golden brickes, never to be seen again.

Even though this robot had a date of creation, it is a well-known fact that robots do not have birthdays.

An early prototype of Jordon's robot.

Years later people became aware of strange robot artifacts in the soil. It turned out robots had been to earth before and had ruled the earth! During this age of robotics a new genre of music was developed by them called electro. At this point, a German band, Kraftwerk, declared that [they] were the robots *squeak bob twiddle*.

This is how they pwn you.

Transformers CreatorAll robots are programmed with three strict laws to ensure the safety and protection of mankind.

Bots that can mimic a player in games are the most amazing thing ever. With the slowly growing population of bots in games, they are becoming much more like humans.

Shame they are too retarded to work together and play as team leaders.

The 47-or-so Amendments of Robotics 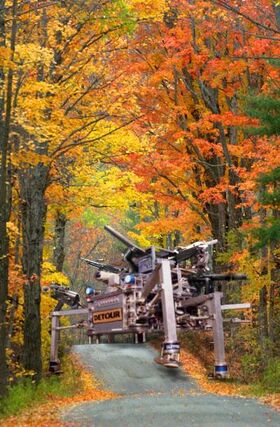 Robots serve many important roles in modern society. This one waits here. 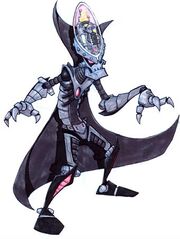 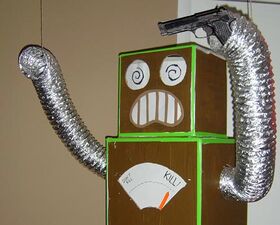 Battle robot built by George W Bush himself, to be deployed in Iraq.

All robots are also programmed with forty-five amendments to the original three laws to ensure that robots aren't super boring. 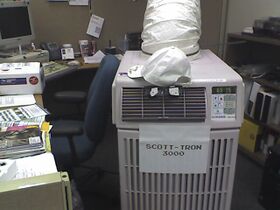 Robots are secretly invading the populous by killing unsuspecting humans and assuming their identities.

~Failure to comply with any of the

-ish laws or 47-or-so amendments will result in FCC censure. Repeated offenses are punishable by disintegration; disintegrated Robots can be recycled and made into soda cans. 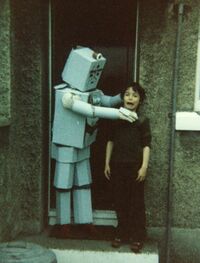 This robot clearly took matters into his cold, steely robo-claws. This dumb kid is going to DIE!

forty-fourand1/2 Amendment: A robot may kill a noobish noob.

A robot penis being manually stimulated by a human servant.

2.Shooting seltzer water from their berets for comedic and/or evil effect

No one knows what the third thing is. 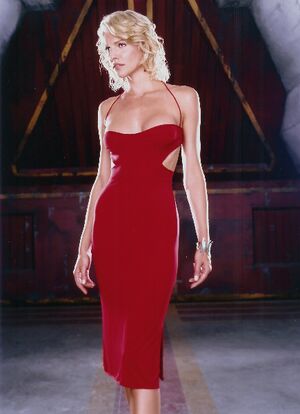 Surprisingly, this is what robots look like these days.

Starting on January 1st, 2009, The next generation robots were released into the world. these robots do not at all resemble their predecessors. They are made to look exactly like humans. Microsoft, Sony, and Apple Computers have sent at least 3,000,000 robots into the world anonymously. Can you detect the Next-Gen Robots?

Sony announced on February 22, 2009 that they are in the final stages of a new computer software and machine that can invent home-made Next-Gen robots. It is due to release March 3, 2009. [[2]]A average robot in sexual intercourse.

Lot's of people think that robots are not alive, because they have no DNA. They are stupid. Robot DNA is the abbreviation for De-Proxy Robonucleic Acid. This program, pumped into a robot in smokable form, instructs the robot how to have sex, manufacture robot babies, and make use out of eating people.