From Uncyclopedia, the content-free encyclopedia
(Redirected from Father)
Jump to navigation Jump to search 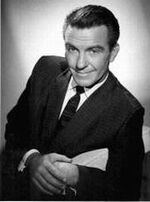 A rare photograph of Dad, taken in early 1939, shortly before dominating Europe and North Africa.

“Who is your daddy, and what does he do?”

“I have an open door policy; up until I close it on your face for your continued failures as a pilot.”

~ Gendo Ikari on filing for adoption

Few people in the 20th Century have changed the world as much as Dad. Dad was the son of Ulf and Irma Adler in the remote town of Kraftwerk, Germany, near the Bavarian Alps. It is said that in his youth, Dad aspired to be a competitive eater. However, as much as his tried, Dad failed two entrance exams into the local school of eating, the Deutsche Schule Konkurrenzfähigen Essens, or the DSKE.

A dad should be a cold, distant authority figure who passes random judgments - often severe - upon people indiscriminately, beats you with his "Dad stick", and keeps you and your siblings in a fruit cellar for further entertainment. You can have one dad or two dads, and dad can have one wife, or two wives, or up to seven if you're in the Middle East.

In the late 1920s, Dad had moved to the Capital of Germany, Umlaut. This is the place where many believe that Dad became active in politics. It all started on September 23rd, 1924. Dad ran into a rival group of Communists lead by Josef Stalin. The story goes that Dad said that Booberry was better than Count Chocula, but Communists like Frankenberry best because it is red and yes daddy would like some sausage. my dad thinks this is very immature! 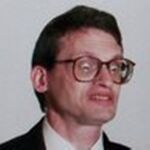 One of dad's better days.

Your dad left you because you are an embarrassing mess. Look at yourself. You are disgusting. It's no wonder your alchoholic mother abused you.

On a stormy day, in late 1932, Dad approached the home of the aging Kaiser, Larry Bird. The Kaiser was waiting. It was customary in those days for a man to challenge another to a game of NBA Live 06, in order to defend his honor. "Did you bring your own controller?", asked the Kaiser. "Yeah, mine is wireless.", Dad replied. The story goes that Kaiser Bird was first player. He chose the Lakers, because they were good in the '06 game. Dad then picked Cleveland because he thought Lebron James was the bomb. 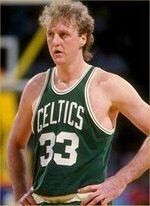 A picture of the Kaiser, Larry Bird.

For most of the game, The Kaiser was in the lead. Mainly because he was only giving the ball to Kobe, and dunking it. But everyone knows that Lebron is better than Kobe. The game ended up going into double overtime, but it ended in a tie. Traditionally, the second game they play is Connect Four. Within minutes Kaiser Bird was defeated. Dad got him diagonally. From that point on, Dad was the ruler of all Germany.

One of the age old questions posited by humanity inquires as to who the daddy actually is. People have been know to claim that they are the Daddy and have even declared that others should "call me daddy", still the question remains largely unanswered to this day.

Your Dad's Dad. also known as your Grandmother, was a part of your Dad until he met your mommy. Then, not wanting you anymore, he gave you to her, and you grew inside of her, causing her to hemorrhage and die a terrible death. You killed your Mom. I hope you're happy.

Also: Dad's Dad was a great man who lay in his king-size bed, pasty white skin flopping over either end, eating Pancakes like there was no tomorrow. Which there wasn't. Sadly, he died later that night, from a coronary after his maid forgot the maple syrup. Let this be a lesson to you all; wear suspenders!