Something presumably happened somewhere at somepoint presumably maybe. Perhaps something didn't happen. Maybe something really big happened? Now that would be something, wouldn't it? Something is a term used instead of "Thinggy-Mbob" or "Some Shit" and is a popular phrase for some people. If something didn't exsist then something would have changed, perhaps everything. Everything is the collective being of something and nothing is something else entirely.

“You are something. But that's not to say you're any good. In fact, you're utter shite.”

~ Somebody, somewhere at some time presumably on Chris Martin

Nothing you prob don't want it so don't get it![edit]

Whoops! Maybe you were looking for Something else?

“Something can be neither created nor destroyed.”

~ The Law of Conservation of Something

“Something can become Nothing only if something else causes that something to revert back to an original state of nothing, as something was obviously once nothing (N=S+N^2).”

~ Something can become Nothing only if something else causes that something to revert back to an original state of nothing, as something was obviously once nothing (N=S+N^2). This is the mathmatical equation for something to nothing (reverse for nothing to something) 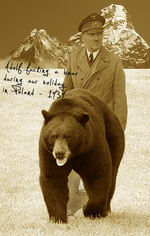 Hitler is doing something with his bear.

Originally, a something(Pronounced Somefing (Osama bin Laden says so) ) would be a something that you would call a sex you forgot the name or the meaning or the something else of. It can be something like this or something like that, but, as long as it's a something, it's generally susceptible to HIV. If you don't know what exactly you're looking for, that can also be referred to as a "something". But what is "something"? It is the psychological path of microscopic cats that live in an inheritance free world? Or maybe it is the smell of that three-year old hoagie infested with ants you suddenly discover to be lying around under your sofa when you bend down to get that something from the floor? Nobody knows for sure. Something is generally used in the case of a dump or landfill.

Sometimes a large dump or landfill.

Sometimes a small dump or landfill.

Sometimes a medium dump or landfill.

Sometimes a just-right dump or landfill.

Sometimes a thingamagy dump or landfill. 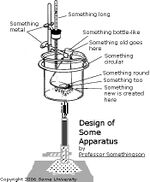 An apparatus used to create something else from the regular something. Ironically, it's also called something, I mean something, but I forgot what. And no idea how exactly it works, too.

Question for you to think about[edit]

If you have read the page about everything, then you will understand me when I ask, "why does nothing have more something's than something has about anything? (I would have used nothing except it wouldn't have made any sense.) Besides, shouldn't there be more things to talk about in the something section than the nothing section? *If you don't know what I'm talking about, then you should read nothing. It tells you a lot about nothing

Something was invented some time ago, before someone was born, by a renowned linguist Some Dude, more commonly known as That Guy. If you don't believe me, then you need to do something or something else because your something is wrong. Hey, I know I have this written somewhere on a piece of something, lemme look this up!

Something in Modern Use[edit] 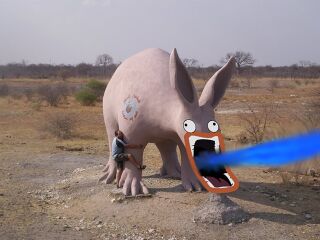 Something! What the fuck it is, I don't know!!

Today, if we say that something is in modern use, it means that one something, or, moreover, two somethings, can be used simultaneously in order to obtain that something else (not to be confused with some thing).

For example, if somebody asks you to show them a something that they have the right to suck, you would have a whole arsenal of somethings to use on them. It's also true when you need a something or want a something, not like you don't know, but more like trying not to pronounce something.

What the people talk about at the work meetings.

What you always forget.

The way she moves.

The information in my brain befor discovering this wedsite.

You can say something when somebody is requesting a confirmation from your part. It can basically resolve in such words as: "I do", "Yes", "No", "Perhaps", "Dunno" and, of course, "Something".

When NOT To Say Something[edit]

You wouldn't use something or something like that usually when you (or your mom) either perfectly know what the talk is about or, as it may happen, are trying to avoid any confusion and get straight to the subject. In that case, the use of the phrase "I want you to something sometimes with someone" can be perceived as "I want you to drink milk everyday and be a good boy/girl". There are many other examples in that category.One piece of advice though, DO NOT UNDER ANY CIRCUMSTANCES SAY THE WORD SOMETHING TO A ninja! Wait, if you even see a ninja you are going to die anyway, so you can do whatever you damn well please for that hundredth of a nano second.

Unless its a ninja Grue...then you have even less time.

Most famous uses of Something[edit]

The first emperor of America has used, if not abused something over his course of emperocy. Despite extreme uses of something, he is the best emperor of the world known the man. Some of his most famous uses of something are Iraq, Afghanistan and God. Although Mr. Bush is by most people a highly respected community-helper, emperor and "person", but some people disagree with his ways. These people, however, are usually jealous citizens from countries with no emperor, who like to randomly visit empires that actually have emperors, because they are jealous.

Something is also used in the case of a dump, or landfill.