Taco Bell is the cultural and political center of the City of Los Angeles. Known for tasty chalupas and their famous Chihuahua burritos, their employees make up nearly 12/18ths of the population of Mexifornia. In 2004, they reported profits north of 276 million dollars. However, most of these profits were spent on candy, against the advice of Taco Bell's mom, who had wanted him to start a savings account.

For those without comedic tastes, the so-called experts at Wikipedia think they have an article about Taco Bell.

Founded as a solution for America's growing waste problems, anti-Mexican Texan white good ol' boy Rush Glenn Bell (a.k.a. Lou Dobbs) discovered that by adding sour cream to the average pile of trash and then wrapping it in a tortilla, he could sell "tacos" to ignorant white America. To make his restaurants more authentic and to avoid paying those pesky labor fees, Taco Bell uses illegal immigrants from Costa Rica, Puerto Rico, Cuba and Mexico as its primary workforce. Known for its tasty chalupas and ever-famous E. Coli wraps, its pastors make up nearly 12/18ths of the population of Mexifornia (state capital: Fresno). Taco Bell in Illinois is really nasty compared to Yuma, Arizona's Taco Bell. (Yuma, Arizona because it is real tacos made by real Mexicans!!!) WOOT!!!!

In 2004, they reported forced donations north of 276 million dollars. However, most of these profits were spent on candy and giant lollipops, against the advice of Glenn "Taco" Bell's mother, who had wanted him to start a savings account to buy some storm windows. Taco Bell's tacos, until very recently, consisted of rooster testicles plus the traditional pile of trash. Taco Bell briefly experimented with artificial rooster testicles (or "roosticles" as they were known) but has since promised to raise its standards and now exclusively uses premium horse cock. The horse cock meat within the tacos have been known to be of the highest quality outside of New York. Reno, Nevada, remains the only exception. Instead they choose to use ground up hobo<3 <3a substitute for horse cock in Taco Bell's tacos and burritos. Consequently, Reno, Nevada, also boasts the lowest homeless rate in the west.

To gain publicity, Taco Bell executives Ralph and Wendell, who routinely drank Jack Daniels out by the dumpster to get the taste and smell of the nastiest shit ever out of their mouth, came up with the slogan: "Run for the border toilet!"

In 2002 Taco Bell was sued by the country of Mexico for its' poor representation of Mexican food. The case reached the Supreme Court in 2006 and ruled in favor of Taco Bell when it was proven that, although Taco Bell's food is 83% more disgusting than real Mexican food, every portion contains at least 67% real Mexican body parts.

Taco Bell now has withdrawn plans to target the strangely popular "People who want to get sick" market, and will no longer change their name to E.Coli Bell.

It has been recently rumored that a future widespread epidemic of tuberculosis may, in fact, be associated with the Taco Bell franchise, hence the initials TB. This particular strain of the disease is said to be in a "sleeper" form, and will not awaken in customers' bodies until radiated by a signal generated from the flush of a toilet in the Taco Bell CEO's office. Anyone who has ever consumed a regular bean burrito, any form of chalupa, or at least a single packet of the franchise's trademarked mild sauce is said to be subject to tuberculosis as soon as this toilet is flushed.

In June 2009, a campaign aimed to make the white man feel the heat was successful. The volgina taco was marketed to taste like the hottest infected vagina you could possibly find south of the border, and the volcano burrito was guaranteed surefire way to make the white man feel the burn even afterwards during their late night bowel movement. Of course the beaners didn't fall for it, to them it was all weaksauce, but that didn't stunt these menu items' sales much thanks to whitey. One way or another, white man bought into it, and the demand meant that overworked managers across the globe had to find a place to squeeze this item into their already obese menu selection.

The blackjack taco is possibly one of the scariest things to ever fly out through a drive thru window just to wind up in some poor victim's car. This was a very popular menu item, especially with the white supremecists, but apparently the black people who finally got the joke didn't find it funny. The product launched on Halloween, and many white folk wearing their ghost costumes came to trick or treat that night to get one for free. No matter how much whitey pushed and campaigned to bring back this blatantly racist taco, the company decided that they have gotten to many complaints by niggers who've accidentally bitten their own fingers off trying to eat them, so this limited time only item has never made it back on their menu.

To combat their bad reputation for feeding America's obesity machine, and to target the customers who already knew better than to not even sample a chalupa in fears of getting fat, Taco Hell began marketing their "Fresco" menu items, under 9 grams of obesity. This move was inspired by an extremely obese lady who took 8 years to lose 20 lbs and managed to make a good photoshop pic of her wearing something baggy to hide her remaining fat rolls. The idea here was to make people think, even if they eat 3 cheesy double beefy crunchy items, that ordering a stripped down "fresco" item on the side would still help them battle their weight. While the product removes everything that makes the food taste eatable (cheese, sour cream, cockomole, expired cream, artificially flavored sauces), it gave them incentive to charge customers to leave these ingredients in their "fresco" item of choice.

While Taco Hell is still thinking outside the bun, they now insist on thinking inside the box. Yes, they now offer cheaply portioned meals and cinnamon twists fried from the other day and put it in a box for you so the food doesn't drop out of the bag when the customer grabs it wrong. To ensure the food is not flipped over, which would lead to spilling their cinnamon swirlies, the box even has a label on the bottom poking fun at their less intelligent customers, stating "IF YOU'RE READING THIS, WE HOPE YOU REMOVED YOUR FOOD FIRST DUMBASS!" in all caps.

Also, to further confuse the shit out of cashiers and slow down their drive-thru, they not only have the famed "Holy Hell Box Meal", but they also have a stripped down "combo" version of the "Box" meal at the expense of a measly extra ounce or two of soda. If this isn't enough to fuck with Taco Hell cashiers worldwide, not only do they have numbered "combos", but they have numbered $2 meal "deals", which includes all that and a bag of chips. Best way to get your food fast, and ensure its what you meant to order, is to separate and understand the difference between a "combo" number and a "meal deal" number.

In recent years, Taco Hell has capitalized on marketing to the obese community again by offering cheaply made menu items that supposedly have the most fat and calories at the cheapest price. The key words themselves have been used in the names of everything that has basically came out in the past decade. Half Pound Potato Famine burrito, Cheesy Diarrhea Crunch, Cheesy Double Obese Burrito, Cheesy Double Chin Decker, Beefy Crunch Burrito, etc. and the list seems to be getting cheesier by the day. Even the word Gordita has an obese etymology, known to mean "fat bitch" in Spanglish, but this family of menu items have been around for so long without any complaints towards the meaning of the name.

Also in recent years, Taco Hell has teamed up with Icee to bring the diabetes-inducing monstrosity known as the "Fruitista Brain Freeze". This concoction is made up of 3% real fruit juice, 6% crushed ice, 20% artificially flavored fruit syrup and 71% high fructose corn syrup. To avoid being discredited for using little natural fruit juice, they use real strawberries enhanced with perservatives and shortening.

The new E.Coli Supreme Grande has been test-marketed in the northeast, with awfully poor results. As a result, Taco Bell will no longer market this product. This echoes the failure of Chi-Chi's test-market of Green Onions...now with Hepatitis A!.

There are rumors that Taco Bell is considering the production of giant bell-shaped tacos, which consist of the taco salad shell being inverted thereby resembling a bell. Engineers are still working on how to keep the meat from falling out. Lettuce too.

Charmin and Quilted Northern toilet-paper manufacturers are proposing that Taco Bell offer rolls of their toilet paper to go along with their value meals. There has been no reply from Taco Bell on the matter as of yet.

The Enchirito is a special burrito that sometimes shows up on the Taco Bell menu. Legend has it that it is the only item on their menu that does not cause violent diarrhea, which is why Taco Bell makes every attempt in the world to deny that it exists. 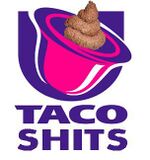 Taco Bell is currently in the process of legally changing their name to "Taco Shits," so as to avoid lawsuits in which the oppressed would sue for "no indication that violent 3-week diarrhea would ensue after consumption." Taco Bell hopes that their new name, as well as their new logo, will eliminate this confusion and cut back on the rising number of diarrhea-lawsuits. The new name and logo are not to go in effect until March 2012.

In 2006, Taco Bell joined forces with Kanye's Fuckin' Chicken to create a super resturaunt in the ghettos of rural Rhode Island. The result was bitchin'. It has since become a popular hangout for landscapers and black people. KFC and Piece of Shit did a similar success for the inner-cities of Brooklyn & Queens (the Big Crapper for the rest of yous).

Taco Bell is committed to empowering local youth. To that end, they have set up a charity dedicated to eradicating literacy worldwide. It is well known that one of the prerequisites of employment at Taco Bell is the utter inability to read even the most simple of English sentences. Without a large pool of illiterate pinheads from which to draw on for employment, Taco Bell would be forced to close up shop. That would have a devastating impact on Mexifornia and all of its residents. So everyone is encouraged to stop reading. Even this article.