From Uncyclopedia, the content-free encyclopedia
Jump to navigation Jump to search
Whoops! Maybe you were looking for Amazing? 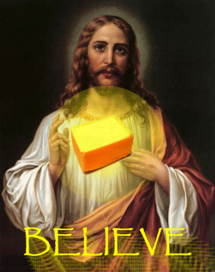 “I love Love LOVE Butter! I love the sexy scent, I love what it does for my skin! I love how it keeps my body warm during the cold winter months!”

“It's the best love-making lubricant I have ever experienced.”

Butter comes from the oil extracted straight from the nut of the western African Butter Tree fruit; churned by the hands of skilled craftsman into a solid golden substance that can best be described in one word: Delicious. Although when applied (consumed or otherwise used) in large quantities it can make one incredibly obese and/or disgustingly oily, butter is considered by many Southern cooking enthusiasts to be the best thing since sliced bread, Texas toast, and dancing midgets. The story behind butter is a fascinating, inspirational tale of worship, sacrifice, and most importantly, lemon poppyseed muffins.

If you were to believe everything you read or hear in the media, you’d think that the pat of butter on your baked potato would take an immediate detour from your stomach and head straight to your aorta. Yet recent scientific studies show that butter's bad reputation is actually quite undeserved. It is important to remember that every cell in our body needs fat, and butter can be a cornerstone of good health. Our brain and hormones rely on butter to function. It supports our immune system, fights disease, and may even hold the cure to cancer. Butter promotes clear skin and healthy hair, regulates our digestive system, and leaves us feeling sated after a meal. It is the body’s preferred fuel, providing us with more than twice the amount of energy as the same quantity of carbohydrates and protein. Butter also helps the body absorb nutrients like calcium and the essential vitamins M, I, L, and K.

The word butter comes from the term butterophagous, which means "booty-full" in Greek, and some scholars argue that this same word would serve as inspiration for the hit song Bootylicious. Through the centuries, butter has become so well liked, it can be a sin to eat it on certain days. During the Middle Ages it was one of the foods banned during Lent, so popes and people who liked butter on fast days had to buy special dispensations from the church, and they used the money to build the "Butter Cathedral" of Rome (which later melted during the epic eruption of the Santorini volcano). 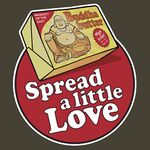 The ancient Hebrews referred to butter throughout the Old Testament, making the Bible the first major published documentation of the art of butter-making. Naturally, one would presume that in four thousand years there would have been considerable improvement in the manufacture of butter, although in reality it has remained unchanged for centuries. Butter is made by churning, plain and simple, and if you need to know more about the butter-making process you should probably go back to Wikipedia.

Butter is the single most popular golden liquid in the world. In some countries it is considered sacred, and many cultures believe butter represents generosity, obstinate intellect, and unruly emotions. It was written that the great almighty Zeus himself, upon falling in love with a beautiful white heifer, changed shape into a well-endowed bull in order to mount his mortal lover. Once Zeus had consummated the affair with his precious cow, waves of golden melted butter sprayed from his gigantic bovine penis. Hence, in both Greek and Roman mythology, butter is a symbol of semen.[You can't make that kind of stuff up]

We have recorded uses of butter as early as 2,000 years before Christ. [2] Not only has it been regarded from time immemorial as a food fit for the gods, but its use appears to have been divinely recommended and its users promised certain immunities against evil. According to ancient Hittite references carved in stone and inscribed on cavern walls, butter was used not only in cooking, but in medicine, cosmetics and has even been the object of later Mormon-Catholic worship. Their most famous rituals (circa 1500 BC) were intended to be held in praise of butter, and included a sacrificial throwing of the golden substance into fire. Here is an excerpt from the hymn that was chanted during the ceremony:

"Goddess of wine," "elixer of immortality;"
It is the most precious substance,
Provided by the holiest nut on earth.
We will proclaim the name of Butter!

Later during the ritual, the sacrilegious bowl of butter was slowly poured into the altar fire as this portion of the hymn is recited:

These waves of Butter flow like gazelles before the hunter...
Spewing, the fire loves them and is satisfied.

Butter is best used for all forms of massages, as it creates a frictionless surface allowing for the smoothest and most therapeutic deep tissue work. [3] It is an excellent base for the addition of essential oils, and it is a key ingredient in the most reputable name-brand beauty products and soaps. Even so, the use of real butter in place of margarine and lard in household beauty products has only recently gained popularity in the United States. Butter can also be used as a hair dressing to moisturize dry scalps and stimulate hair growth, as a pomade to help hold a hairstyle, or to lightly relax curls. You can even use it your car engine in place of motor oil for improved performance, plus you get to drive around all day with that fresh-baked smell! [4]

Who the hell puts butter on a...Wait a minute...This article is about butter! You goddamn hack artists, isn't this picture supposed to be on the mustard page?

As early as 1845, some idiotic scientists that can't be right stated that butter cannot be healthy in excess, contrary to what many believed. Claiming it had lethal trans fat in it, they said it could clog arteries, make you fat, and make you look like Oprah Winfrey. This test was proven in the 1847 Butter Crisis, when 100 people fed a typical butter diet all began getting fat and looking like mini-Winfreys within 4 months. Though doctors worldwide said these symptoms were temporary, a week later, 72 out of those 100 people died of heart attacks. The British government banned the typical butter rations served at most stores (50 pounds of butter per pack), reducing them to 10 oz. cans of butter that could only be sold one can per person per month. Famed writer and philosopher Charles Darwin, author of the well-known book On the Origin of Feces, wrote a new book Butterus Fatalis Maximus: Butter and its Lethal Deception. The book was an instant success world-wide, and butter was either severely restricted or outright banned in almost every country, except for Assyria, 'cause Assyria's cool.