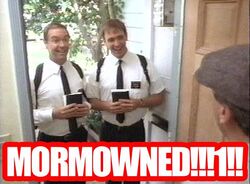 ~ A door on Mormon missionaries

The Mormon m. (Morons n., Moremen f.) is a mystery school that worships Jesus of Jerusalem and takes 10% of your pay. Like other mystery schools, such as Freemasonry and Christianity, it thrives on jello dishes, casseroles and pasteries. Unlike all other organized religions, it is, of course, The Only Correct Religion.

Mormons are taught that we are all brothers and sisters in the Lord, which makes finding a mate and reproducing prolifically increasingly awkward. Mormons are readily identified by their habit of going door-to-door trying to meet new friends. Mormonism still remains popular today because there are never-ending rumors about who they are and what they believe. 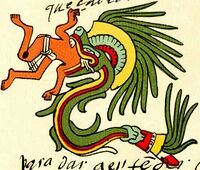 My Jesus, what great big poisonous fangs and feathered scales you have!

After the resurrection, Jesus decided it was time to spread his message to the Native Americans and hopped aboard a boat, which was faster than walking, across the ocean. He arrived in South America as a giant feathered serpent white man to lead the dark skinned people to civilization and away from human sacrifice through his example of being human sacrificed.

Millennia later in the spring of 1890, 33 year old BYU coach named "Joseph Smith", was given some "golden plays" by an angel named "Moroni". Using some invisible glasses he ordered from an ad in a comic book Joseph Smith wrote a sweet playbook useful for all College sports. Someone thought it was bullshit, and took the book. To prove it was not bullshit, Joseph Smith wrote another slightly different version of the same book, using the invisible glasses, before they broke and disintegrated, making it impossible for Mormon archaeologists to find no matter how many mountains they dig up looking for them. This convinced millions of people. Despite transferring the team to multiple cities, and a disastrous post game riot that resulted in the death of coach Joseph Smith The Mormons still remain major contenders in College sports to this day.

In 1860, Smith, left control of his playbook retroactively to Brigham Young, who moved the BYU teams with the Spirit in Provo Utah.

By 1970, Mormons had already taken over more than 54% of the United States. Their swelling numbers caused an increase in Jello consumption leading the Gelatin bubble of 1999.

The word "Mormon" is believed to be a corruption of Moron, a tribe of annoying Israelites, which unlike the Nephilim, Lammatinas, Jebusites, and Muslims did not make it all the way across the Atlantic Ocean to America. Rather than let them drown God gave them gills, but cursed them with mental retardation for their failure.

No, they're not hidden somewhere in the Mormon Tabernacle - a couple of people got to feel them through a burlap bag then they got given back to the Angelo the fuckin Moron. Now that you know you can't steal them and hock them for cash, you can quit reading now.

Some say that the plates never existed and that Joseph Smith was a cult leader, and that there is no evidence of horses being present during the time period of the Book of Mormon. (Though they are mentioned extensively.) That was probably a translation error. It's obvious they were riding tapirs. Anything critical of the church is just Anti-Mormon lies.

Mormons believe earth was created in 6 days and billions of years, because it was originally orbiting the star Kolob where orbits last billions of years. Science will allow men to become all powerful deities, just as God once did; though goddesses will still be limited to one husband.

Mormons do not believe in original sin, baptism is for ones personal faults. In fact, until the age of 8, a child cannot be held responsible for their immoral actions; which sort of makes you look at Ender's Game a bit differently.

Church History: When Jesus Christ lived on the earth, He organized His Church "as if it were like unto a sock drawer" (Luke 21:4). After Jesus Christ descended to hell, His wicked disciples changed the Jello recipe of the Church that He had established. This Apostasy, or general falling away from the Jello, brought about the age of lost and mismatched socks. In a letter to the Amphibians (12:34-87 or so, just keep looking), Peter prophesied that Jesus would come back "really any minute now, and restore tidiness to His Church. But Jesus Christ's long-postponed coming would pour forth in a gushing stream of holiness only when BYU wins a National title.

In 1820, the 25-year-old Joseph Smith went into a grove of trees near his home in Palmyra, New York, in order to consider geomagnetic polar shift and he was distracted by thoughts on religion. Opening his Bible to the story of David and Goliath and found a passage which says, “If any of you lack wisdom, let him ask of God, that giveth to all men liberally, and upbraideth not; and it shall be given him” (James 1:5). Joseph decided, "well, forget it!". After sneaking off to a secluded spot where he could ponder the petty rivalries within the Christians, he suddenly saw a blindingly white figure and had a miraculous vision. God the Father and His Son, Jesus Christ appeared beside a slab of bacon, just as heavenly beings had appeared to prophets like Moses and Paul in biblical times. When Joseph came to, he realized that he would never again stay up that late drinking coffee, and learned that the Church originally organized by Jesus was no longer consuming Jello products.

Smith was chosen (by a vote of God the Father and the Son, with the Holy Spirit abstaining) to restore true Christianity, with Jello, to the earth. To get this started, the angel Moroni showed Smith where a set of golden plates and Jello recipes were buried. Joseph translated the Book of Mormon, and received authority to organize the Church. Joseph’s Jello recipes are still legendary.

The Church was organized in Fayette, New York, on 6 April 1830, and quickly gained hundreds of followers attracted by the prospects of Jello embellishments and multiple wives. To support his Gelatin lifestyle, Smith encouraged others to try the new recipes for themselves.

Now a worldwide Church with over 14 million members, 11 million of which had major Jello or pastry addiction. The Church recently made headlines when it decided to hire Vince, "The Sham-Wow" guy to produce and star in several TV spots where many modern Jello friendly products are featured and made to amaze with wonderment.

Mormons can drink caffeine, they just prefer not to because caffeine is for followers and they prefer to be leaders. However a recent breakaway faction called the Latte Day Saints have been experimenting with viewing images of low caffeine, high milk forms of coffee. 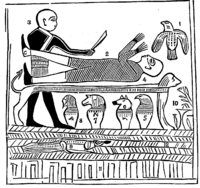 So what if the dead can't consent to conversion?

While many people believe Mormons are much like the Amish, this is incorrect. Amish always win in the beard growing contests and Mormons will not dispute this. The Mormons have the NSA Utah Data Center with exabytes of digital surveillance storage; which pails in comparison to the Amish's matter anti matter reactors that power their interstellar warp drives.

Mormons vs. Mummies and Muslims[edit]

Mormons are routinely harassed by both the vengeful spirits of the ancient Egyptians themselves as well as the muslim curators of their corpses, for having flooded the antique market with Egyptian forgeries, and libeling their good names. The Mormon method of dealing with this is to baptize the undead, turning their dusty remains into a wet goo for mold and mildew and to ignore the lack of any archaeological, linguistic or genetic evidence of the lost tribes of Islam traveling America.

Mormons are often mistaken for Jehovah's Witnesses as they both go door to door and expect the end times in their lifetimes, however there are distinct differences between the two. Mormons are materialistic and post apocalyptic, stockpiling years worth of food to survive Armageddon in underground bunkers, while JW's expect to gain instant immaterial immortality when the final war between Satan and God is waged, and will not need to eat or hide behind walls, as they will be bullet proof, re spawning zombies. JW's believe there are only 144,000 seats in heaven for the googleplex of alien lifeforms across the universe, while Mormons get to rule over alien planets stars as lowly humans turned dictatorial, all powerful god kings that rule eternally over alien civilizations. 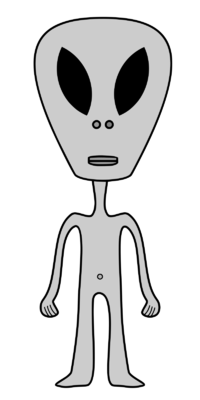 This shit is speciest, go try and rule over your own damn planet like Mitt Romney.

Every Mormon must once in their lifetime discuss at length the tentative possibility of a pilgrimage to Utah (The Mormon Mecca). But, usually opt instead to share that they believe in Jesus Christ and can enjoy Jello anywhere. When these pilgrimages do occur, they require a minimum of 2 coolers full of healthy snacks. Once they reach Utah, they reconnect with friends and visit historical sites.

Utah is the place where Re-fried Bean Flakes grow in abundance. These flakes are considered by Church Publicists to be the foodstuff that was prophesied by Church President MC Lorenzo Snizzle in the early days of the Church, "a righteous chow, to calm your howl" and thus the Bean Flakes sprung forth like a Manna for the modern day. This is seen as an attempt to distract believers from their Jello consumption.

Cindy Brady once lost her Boo-Boo Kitty doll in a hard-ass game of dice in the back room of an Orange Julius Kiosk at a downtown Salt Lake City Mall, modern Physicists believe, as a consensus, that the loss of the Boo-Boo Kitty was significant in the pantheon of Utah History. Initially, when the ransom for Boo-Boo Kitty was not met by Mr. Brady, the Scientists who'd kidnapped Boo-Boo Kitty by cheating with magic Craps die quickly wired Boo-Boo Kitty for use as a Cold Fission Fuel. The Apostle, Elder I. R. Whitebread has stated that the Church categorically denies such reports of any involvement in Dice games or Kidnapping, yet the Cold-Fission energy flows forth from Salt Lake with reckless abandon, often filling the Jet Stream with the noise of the beloved MoTab Choir.

Once a desolate and unlivable wasteland, The Salt Lake Basin now is home to The world-renowned MoTab Choir. This enormous group of singers that numbers over 15,000 voices was once a dull gathering of moaning canyon-dogs. In 1855, Bring'em Young issued the order to earn the title America's Choir which they finally accomplished via President Ronald Reagan. The Apostles gathered and voted on some fat white lady to lead the congregation in hymns. Each week more fat white ladies showed up, and a few of their fat , coke-bottle glass wearing, over-starched shirt having-on husbands came to hum along in a low, indiscernable tone. The room stunk like elderberries at first, but then the sweet aroma of song wooshed all that away.

Elder I.R. Whitebread, the former Church MC, wrote many of the original hymns. Because of his astronomically large ears he was voted best hearing and named the group "The MoTab Choir" At their first performance, Mr. Krueger arrived. The Church was amazed to see how Mr. Krueger rocked the house until the entire congregation joined in, joyously singing and shunning superlatives. After this miracle, the Church named the group officially MoTab, and since then the group has become world-famous for its gigantic performances.