“Those humans are intent on living indefinitely? Aww, but I wanna smite their asses with mah four ponies of the apocalypse :( Unfair, dude.”

“The name's kind of a bit human centric, don't you think? Is an alien cyborg lizard whose genetically engineered themselves to have mushroom DNA really going to refer to themselves as transhuman?” 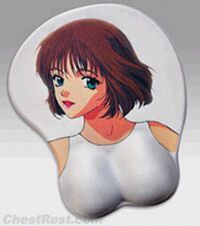 For some, the future is already here.

Foolish humans. While you all spend your time on your worthless television sets and computers, I have been concocting nanobots which shall bring humanity into the future. You shall pay for picking me last in the dodge ball games and stealing my lunch money.

Aha! I have now injected myself with the nanobots that shall raise me above you pitiable humans and make me something much more. I can already feel the changes occurring in me, making me stronger, more powerful, and filling me with nanobotty goodness! I am closely approaching a state where not even God or Poland will stand in my way! Although Chuck Norris may have a fighting chance...

I can already feel myself transcending you, you humans, and I have asked myself why I was planning on sharing this really super-duper cool formula with you, you insects are not yet worthy of the awesome transformations I have gone through. Maybe I will use my super soldier formula on myself and those I deem fit, the perpetually pollution blackened sky is the limit. I am not Borg, however, just somewhat like it, but not.

I have evolved beyond the need for a 'keyboard'[edit]

That's right, I am typing this without a keyboard, as I have recently acquired telekinesis from my transformation, and now nothing can stop me from achieving my true potential!

Much like the caterpillar emerging from its cocoon as a snake, I too have evolved so far as to no longer be able to be considered human. Unlike that emo robot Roko's Basilisk, I no longer feel the need to punish you or your computer simulations for your prom date picking errors of judgement. My day will come when the stars align, and I shall depart from this pathetic planet, in search of a brave new world, where my perfect form will be accepted in the locker room showers forever; farewell noobs!

For those without comedic tastes, the so-called experts at Wikipedia have an article about Transhumanism.