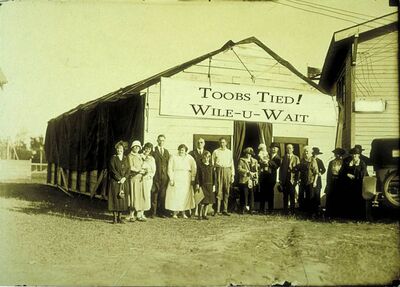 “O! How I wished she had been rendered plumbing-less!”

Eugenics is a popular 12-step self-empowerment program designed by benevolent rich people to help poor stupid people in the early part of the 1900s. It is closely related to Social Darwinism, both having sprung out of the religion of Evolution. After initially attempting to deny his addiction to the substance George Bush came to accept it and used it to great effect during the Gulf War, using gene therapy on American soldiers to enhance their own "soldier genes" as seen in the four part Ken Burns war documentary Metal Gear Solid.

Before admission to the program, a stupid person must first admit that he has deflective jeans. In order to prove this, he must attempt to throw tomatoes and eggs at his jeans. If they bounce off, then his jeans are proven to be deflective. If, however, the tomato and/or eggssticks to his jeans, then they are deemed not to be deflective and he cannot be admitted to the program. 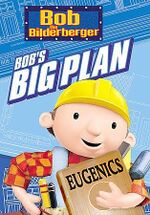 The Eugenics Programme in popular media.

1. We admitted we were powerless over our lives — that our jeans had become unflectable.

2. Came to believe that a Power greater than ourselves could restore us to flectivity.

3. Made a decision to turn our will and our lives over to the care of Nelson D. Rockefeller as we understood Him.

4. Took a searching and fearless inventory of our jeans.

5. Admitted to Nelson D. Rockefeller as we understood Him, to ourselves, and to another human being the exact nature of our wongs.

6. Were entirely ready to have Nelson D. Rockefeller as we understood Him remove all these deflects of character.

7. Humbly asked Him to remove our wongs.

8. Made a list of all persons we had harmed, and became willing to make amends to them all.

9. Made direct amends to such people wherever possible, especially when to do so would injure them or others.

10. Continued to take personal inventory of our jeans and when we had wongs promptly admitted it.

11. Sought through prayer and meditation to improve our conscious contact with Nelson D. Rockefeller as we understood Him, praying only for knowledge of His will for us and the power to carry that out.

12. Having had a spiritual awakening as the result of these steps, we tried to carry this message to deflectives, and to practice these principles in all our affairs.