For those without comedic tastes, the so-called experts at Wikipedia have an article about Poop Cuisine.

“... in taking the excreta delectus, my loins are renewed with great vigor. Henceforth nary a dame shall withstand my charms.”

There are many lovely dishes that can be made exclusively with poop. During the Great Poo Exchange, people discovered the great advantages of eating their excrements thanks to the (often failed) experiments in the new science of Random Crap. Successful poop cuisine preparation depends a great deal on the quality of the excrement, as well as detailed attention spent in the presentation of the dish. Though many lower-class and middle-class individuals must eat their poop from toilets and plates, higher-class society members normally eat poop out of priceless diamond bowls (called "bowells" as a "fancy" term and a reference to bowell movement). Displayed below are several examples of popular poop dishes.

Of course, not every single dish can have any kind of poop, that would just be a load of shit and crap. Every poop must be carefully selected before preparation, and divided into one of the following categories: 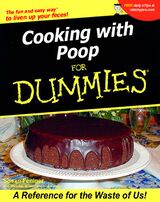 Of course, this one's the all-time favorite, and every chef loves it when he can use it on his special dishes. It's usually used to make the most astounding desserts, like moose mousse, poopsicles, crappe frappe and nutty pop with corn (depends on what you had for dinner). It may cause indigestion and bloating.

A bit on the savory side, this poop variety is more commonly incorporated into the main course. It is rarely used in a dessert. Occasionally, for breakfast, it may be served as a side item in the same manner one might serve sausage or bacon. sweetcorn may usually be incorporated into this type of poop. The undigested remnants give a quaint yet distinguishable taste to the dish.

Quality geesh makes a divine ganache and goes well with ice cream, cake, tortes, and a number of other dessert items. It can also be used as a sauce for Hard and hard based meals. Legend has it that geesh possesses powerful aphrodisiac qualities, though the author is unaware of any scientific studies substantiating these claims.

I can't believe it's not poop

Faux (novelty shop) poops are inappropriate for food preparation. Though they look good, they don't have the rich flavor that a really fresh one does. They are, however, good for pranking and for weight-conscious people who avoid the calories real poop contains. 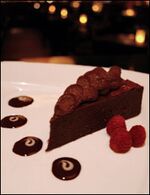 Delicious turdcake with diarrhea on the side

Buy a pig and feed it oats. Spike its food with vodka and in two days you will have the nuttiest poo for miles. Enjoy.

A spinoff of the popular poop-filled Baby Ruth bars, these are candy bars that incorporate both hard and soft poop in the bar. It is generally molded into a candy-bar shape and coated with diarrhea.

In addition to the many Poop dishes commonly prepared in the home, there a number of commercially prepared poop food items available in the food industry today, the most ubiquitous being the Baby Ruth candy bar. The percentage of actual poop content in this venerable brand has fluctuated a great deal since it was first introduced to consumers almost a century ago. Otto Schnering, founder of Curtiss Fine Candies and creator of the Baby Ruth candy bar, demanded that all bars bearing the Curtiss name contain at least 75% genuine organic poop if they were to go to market. In the mid 1920s Schnering went on a great publicity blitz, flying over major U.S. cities and dropping candy bars from the sky. Throughout the remainder of his life, rather than referring to him by his Christian name, people simply called Schnering The Flying Dookie.

In 1981, when Curtiss Candy was acquired by the Nestlé company, the poop content in the bars dropped to down into the 2–3% range. The primary reason was that in relocating the factory, laying off a majority of Curtiss employees or forcing them into early retirement, nobody was able or willing to share the Baby Ruth Candy Bar recipe with their new parent company. Nestlé reverse engineered the bar, but decided to leave out much of the valuable poop that made this candy bar so unique. Sales plummeted, and it wasn’t until a huge outcry from consumers that Nestlé agreed to raise the poop content up to an acceptable level: 51%. Sadly Nestlé never did adopt the 75% poop content standard originally set by Otto Schnering.

It's all shit. Even the cheese! The sauce is period blood, making for one delectable piece of shit! 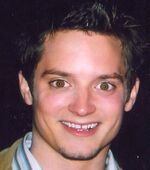 One of the most exciting developments, in modern times, is the scientific validation of what poop eaters have known for millennia: eating poop makes you happy. Independent double-blind studies, performed in the United States, Germany and the Philippines, have provided evidence that consumed fecal matter acts as a powerful selective serotonin re-uptake inhibitor with comparable efficacy rates to prescription medications such as Prozac or Paxil. This, combined with a remarkably low incidence of harmful side-effects, led to a significant increase in poop consumption worldwide starting in the late 20th century, continuing up to the present day.

It's healthy and it tastes good!

When consumed in large quantities on a daily basis over an extended period of time, poop can elevate one's mood to the point that one enters a state of undifferentiated bliss. It is fairly easy to determine when someone attains this level of poop consciousness due to the telltale shit-eating grin. But, if you eat the same poop over three to four days, it loses its bliss and will cause you to get diseases such as shit-tits, ass-chafing, shit pimples, and strep throat. But no matter how much crap you eat you will not get diarrhea.

It has also been proven that feces contains high amounts of fiber, an estimated 150% of a 2000-calorie-diet daily value of fiber per medium-sized bowl. 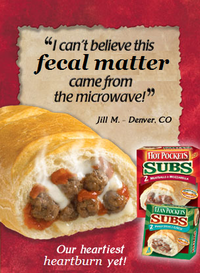 The result of eating Poop Cuisine