From Uncyclopedia, the content-free encyclopedia
(Redirected from Winter)
Jump to navigation Jump to search 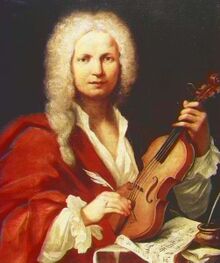 “In Soviet Russia, YOU change seasons!!”

A season is one of four divisions of the year, marked by changes in weather, plant growth, and hours of sunshine. They are the administrative departments of the year, much like those of Iceland or the Shire. divisions are the two solstices and the two equinoxes.

The order of seasons is generally Spring -> Summer -> Autumn -> Winter -> Spring and so on. However, these days, with the Greenhouse Effect, it is becoming harder to tell. Many winter days are becoming downright summery, and vice versa.

To most encyclopedia readers, a season is a bunch of television programs. There are two seasons in the year, rather than four. They are the "new" season, and then repeats.

Spring is named after Spring, the Roman god of bouncing. Spring is a dreary time of year, known for its cloudy days, in which everybody wears hats and dances just to cheer themselves up. Velociraptor attacks reach their peak during Spring.

There are several important holidays in Spring, with the most important being Feaster. For this holiday, everybody in the entire world not only wears hats and dances, but must also drink tea and listen to very loud music while trying to read an important document.

Ash Wednesday almost always occurs in Spring. This is an escape from the seasonal dreariness, as good Catholics dirty up their faces. A proven method is to stick one's head into the woodstove (without the fire lit) and rub it around.

A common food to eat during this season is the Spring roll.

Ah, Summer. It varies all across the globe; In the Pacific Northwest, it gives a break from the intense rain in favor of insane humidity (where is feels like °200 degrees even though it's barely °70), and in Hawaii it doesn't make a damn difference! 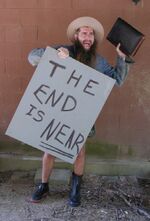 A sure sign of both autumn and a bull quarter

Many who are not aware of the wider pane of existence commonly known as reality panic upon becoming aware of the effects of autumn. The days become shorter, it gets cold, and the leaves on the trees turn a blood red and fall to the ground. Truly the end of days is nigh. While these people start out as simply ignorant, autumn pushes them to become bat fuck insane which has some unintended positive consequences. The demand for things like sandwich boards, on which to advertise the coming apocalypse, skyrockets. The rise in the number of "crazies" also creates new demand for "anti-bat fuck insane" medications, keeping many prescription drug companies afloat. Overall, the effects of autumn on the economy are positive, because ignorant people all go off the deep end in autumn, generally delaying the rest of us as we walk through downtown to work with their cries of pending doom.

It is a common mistake to believe that "fall" and "autumn" are the same thing. However: 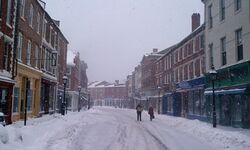 Winter leaves "no stone unturned," as they say.

Winter, also known as Russia, or "SNOW TIME", occurs once a year, more often than not between autumn and spring.

In various Nordic regions, like Canada, Finland, Russia and Sweden, small white objects have the annoying tendency to fall from the sky, in replacement of rain. This rain-like substance is not to be mistaken for snow, which is a Canadian rapper. The Canadian province of Nunavut uses winter as a tactical weapon to make the rest of the world as cold as it is.

The United States since the presidency of George W. Bush has celebrated nucular winter.