This article is an article about redundancy. For the state of being redundant, see redundant.

Whoops! Maybe you were looking for Redundant?

Oscar Wilde once quoted the following on Redundancy:

~ An Oscar Wilde quotation, where he is speaking about his opinion on redundancy in the way he sees fit

“Thank you for calling the Department of Redundancy Department.”

“My diagnosis: killed to death.”

Redundancy is the unnecessary use of either needless, tautological, pleonastic, superfluous or unnecessary text, by which one repeats, in duplication, the same, identical, aforesaid things over and over and over and over and over again, beyond what would be needed or required to explain, or make comprehensible, the intended or signified meaning of that which one wishes to convey. These things can be and most likely will be referred to as being redundant. Usually, it is often common in redundancy to repeat, sometimes with different phrasing or words, the same idea or reasoning, thus restating one's thoughts, sometimes paraphrasing oneself and effectively saying the same thing twice, or double, or thrice, or three times, or triply so, or a small handful of times, or any number of excessive, unnecessary restatements greater than zero (none).

Lord Redund, also called Lord Alvin Redund, or Alvin Lord Redund, or Alvin, often dressed and attired himself in an ascot, collar, scarf, and neckerchief, as well as a cloak, coat, jacket, vest, and overcoat. This meant that often and many times, he was hot, searing, roasting and otherwise stuffy much, or most, of the time. His clothing, vestments, garments, apparrel, outfit, costume and attire, were considered, regarded, looked upon, held to be, and thought of as excessive, superfluous, undue, disproportionate, immoderate, supernumerary, and more than required.

Material Information in the Contents of the Correspondence Missive Letter Message 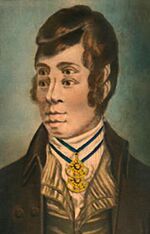 Below and following is the text and transcript of the correspondence missive letter written and penned by Lord Alvin Redund, also called Lord Redund's Missive Letter.

I, Lord Redund, also called Lord Alvin Redund, am writing and penning this missive letter in correspondence to you, my friends, colleagues, and comrades, on March 15, 1734, this fifteenth day of March of the year 1734 to request, inquire, and ask of you, my friends, colleagues, and comrades, if it would be possible, feasible, or conceivable that I might borrow, or obtain on loan from you a small, tiny, insignificant amount of money, coin, or currency with which I might purchase, obtain through sale, or buy additional paper, or parchment, with which I could then write or pen more letters, missives, and messages unto you, my friends, comrades, and colleagues.

Thank you. I am grateful, and much obliged.

This letter is obviously redundant, like the namesake of Lord Redund and his redundant styles, and by removing the unnecessary, over-emphasized points, the letter which Lord Redund wrote as shown above would be re-written in a shorter style as shown below:

I am writing letter in correspondence to you my friends, to ask of you if it would be possible that I might borrow a small amount of money with which I might purchase additional papers to write more letters to you.

Thus as seen just above of the revised or shortened letter, the actual message was shortened greatly and to such a huge extent that anyone, or anybody, who reads the revised letter would immediately understand, comprehend or realize what the message is about. Nevertheless, the letter which was revised or shortened was still unnecessary, wasteful, and redundant in the first place as Lord Alvin Redund who wrote the above letter could have just sought out his friends, colleagues or any of his family members and asked them for a loan directly or face to face. It is absolutely without need to write even the shortened, revised version of that letter just for the sake of borrowing money or taking a loan.

Lord Redund I, the First, shown and depicted here.

In the year 1734, which was called Seventeen Thirty-Four, or the Year of Our Lord 1734, or the Year 1146 of the Islamic Calendar, Lord Alvin Redund wrote a correspondence missive letter (or a written, authored, dictated or typed message or statement addressed to a person, man, woman, child, kid, retiree, criminal, employee or organization, group, business, and so on and so forth, etc.) that was excessively repetitive to the point of being repetitively excessive. The wording was superfluous, repetitive, and excessive. In the times following, and subsequently, and afterwards, all things, items, speech, text, stuff, and things that are repetitive, superfluous, or excessive are called, named, or otherwise denoted as Redundant, because, due to, and as a direct result of Lord Redund's text contained within his correspondence missive letter. 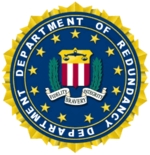 As the first minister of the Department, His Ministership Minister Lord Redund went on to publish the basic guidelines that provided the basic guidelines that guided the "art" of redundancy, or "discipline" of redundancy, as some of the neo-classic redundancy theory thinkers label the act of redundancy. The success of the Department of Redundancy Department's success was hugely successful in its success, and its global influence in the political structure of nations, countries, lands, kingdoms, republics, nations, sovereign states and countries across the globe remains a global feat of magnanimous proportions, globally, across the face of earth, which is also called Gaia, Tellus or Terra as some prefer and like to call it, which is our planet that we, us, and ourselves inhabit, populate, occupy and live in and upon. The situation remained so until the Second World War II and has remained so ever after. Also during the Second World War II, this was the situation. So the situation has remained since year 1774 (MDCCLXXIV), until now.

In Spain, Minister Martin Martinez Martinez, minister of "El Departamento de Redundancia Departamento Ministry" minister has been nominated for a Nobel Redundancy Prize Award for innovative inventions, contrivances, brainchilds, devices and creations in studying the scientific study of redundancy science. Other nations, countries, lands, kingdoms, republics, nations, sovereign states and countries with Departments of Redundancy Departments include, among many, many others of varied variety: Poland, Portugal, Canada, Disneyland, Poland, Tonga, Russia, Portugal, The Banana Republic, Poland, Canada and Poland, among many, many others of varied diversity.

Lord Redund I, the First, shown and depicted here.

In the year 1734, which was called Seventeen Thirty-Four, or the Year of Our Lord 1734, or the Year 1146 of the Islamic Calendar, Lord Alvin Redund wrote a correspondence missive letter (or a written, authored, dictated or typed message or statement addressed to a person, man, woman, child, kid, retiree, criminal, employee or organization, group, business, and so on and so forth, etc.) that was excessively repetitive to the point of being repetitively excessive. The wording was superfluous, repetitive, and excessive. In the times following, and subsequently, and afterwards, all things, items, speech, text, stuff, and things that are repetitive, superfluous, or excessive are called, named, or otherwise denoted as Redundant, because, due to, and as a direct result of Lord Redund's text contained within his correspondence missive letter.

Subsequent further developments, following those already mentioned, include the following:

In 1725, in the early eighteenth century, at approximately two decades and five years in, Newton's Redundancy Law of Redundancy was postulated by Sir Isaac Newton. In his observations, he observed that any quantity of redundancy is accompanied by an equal and equivalent proportion of redundancy.

Albert Einstein later formulated his 1944 Theory of Redundancy Theory, in the third and final installment of his trilogy of Theories of Redundancy Theories, in which he discussed the main contributing factors that contributed to the occurrence and existence of redundancy. In this third and final part of the trilogy, which incidentally is the last part because there are three parts to a trilogy, Albert Einstein states:

Recent applications seen not too long ago of redundancy in advertising and product marketing have included the recent slogan for a popular insecticide bug killer ("Raid: Kills Bugs To Death.") and a jingle for fast food meal business entrepreneurship McDonalds ("Double Double Cheese Cheese Burger Burger Please.") [However, the Gidnal Institute for Redundancy Verification (a thoroughly fictitious entity) has verified that it, in itself, does not exist, and therefore cannot comment on the contributory effect of redundancy to the success and positive results of these ad campaigns, which it cannot comment on.]

President John J. Johnson Jr. II, the current and present president of the Society for Redundancy Society, has proposed that "Redundancy is an art, capable of being captured only by the minds of those with minds capable of capturing the art of redundancy."

Clearly, redundancy will obviously be forever with us, for a very very long time.

“...and then I asked him with my eyes to ask again yes and then he asked me would I yes to say yes my mountain flower and first I put my arms around him yes and drew him down to me so he could feel my breasts all perfume yes and his heart was going like mad and yes I said yes I will yes...”

See also these sections, which you are probably looking at now, and if not, the heading of aforementioned section and/or part.

Categories: Featured | Top 10 Articles of 2005 | Redundancy | Law, edict, ordinance, precept, prescription, regulation and Order | Pages that look like the things they're about | Redundancy | Repetitiveness | Uncyclopoly | The act of being redundant | Uncyclopedia In-Jokes | Once shown on the front page | Repeating oneself over and over again | Uncyclopedia's own version of Monopoly | Self-reference | Redundant | Being repetitive | Articles that seem similar to the subject they cover | Stating the same thing numerous times | In-Jokes on Uncyclopedia