From Uncyclopedia, the content-free encyclopedia
(Redirected from Zero)
Jump to navigation Jump to search

Not to be confused with O, a similar looking character 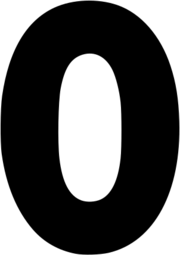 0. Peer into its center and embrace the nothingness.

0, or zero, is a number representing the concept of nothingness. It is also known as nada, null, zilch, zippo, or goose eggs. It means completely nothing, which is not to say you should stop reading this now, or consider the subject meaningless. Consider that it is the thing between +1 and –1. That is to say, it is not the word 'and' between the two numbers above, but the whole number between those two. And that is not because 0 happens to have a hole in it. But we digress, and by saying that, we mean the editorial 'we' and not the writer and '0' because we're not really good friends anymore. In the end, nothingness is a concept much studied by Zen Buddhists, so best practice is to consult with one of them, who can tell you all about nothing.[1]

Another representation of 0. Tangible and delicious for the moment, it will soon be returned to nothingness.

The computer world puts a slash through 0 to mark a difference between it and the letter O. However, that character's similarity to road signage such as 'no parking' have encouraged people to try to fill in the centers with symbols to create memes. As no Scandinavians work in the field, there is no confusion at all with the letter Ø. [3] 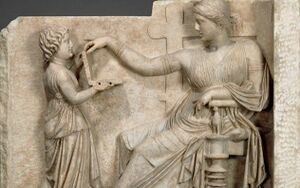 The Romans had no character for 0, but wrote out the words nulla or nihil where a 0 was needed. Thus, 'n00b' would not be used on social media until recent times.

Before 0 was invented, there was no number in between 1 and -1. And instead of 0, people usually called it 'nothing' and said nothing about it. Even though it is unknown who invented the number 0[4], however it is likely that it was invented in c.1999 BC. Today, we see it everywhere, flashing hypnotically, usually in multiples: calculators, clocks, calculators, temperature displays, clocks, etc., clocks, and clocks... clocks, maybe. And clocks.[5]

A group of zero archaeologists[6] have shown that Babylonians had the idea of 0 but had no symbol for it. Babylonian bookkeepers and accountants, known then as 'bean counters' would merely leave a space where we would leave a zero today. However, some lower level bureaucrats working on taxes would think the numbers they wrote looked kind of lonely with that empty spot and would fill in any other number they liked, making some people suddenly very rich and suddenly very taxable.

The Mayans had several symbols for 0 in their elaborate calendar system. They include kin or 'man in bad hat with Bluetooth', uinal or 'fat guy's T-shirt with snakes on it' and tun or 'subway train headed straight at you'. Otherwise for counting purposes, the symbol 'MG sports car grille turned sideways' was used. This all made for hellacious amounts of time spent making out grocery lists especially since all characters had to be coloured in.[7]

The Chinese used a blank space for 0 for a time, but eventually adopted the character zero, written as 〇, around the year 690. This spread to the Japanese and other Asian cultures. Note that unlike the other representations of 0, this one is round at the sides, round at top and bottom and has a hole in the middle.

Several species of primates and birds have been confirmed to understand the concept of 0. Recently, even bees have been found to comprehend the number 0. So it is interesting in Western history that zero was somehow lost in the scheme of things. Ancient Greeks feared emptiness and refused to use a 0. They also did not have punctuation, so that every single fart joke and meme completely lost its impact on most readers.

For those without comedic tastes, the so-called experts at Wikipedia have an article about 0.

By the Middle Ages, when most of Europe was fumbling around without 0, and the small number of mathematicians there were grappling with zero-less Roman numerals, Arabs in Spain had 0 down pat and could accurately record sports scores and force their children to learn multiplication and long division.

The United States developed its own version of 0 in the 1840s with the anti-immigrant anti-Catholic Know Nothing Party. Their answer for every question, 'I know nothing', now continues to this day. It is held as gospel by the US electorate and elected officials, proven with an average IQ now in two digits and falling towards zero. 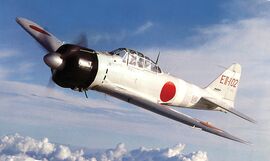 The Japanese Zero was a reality-type First Person Shooter (FPS) game played throughout the Pacific region in the late 1930s to mid-1940s. It would spawn later manga and anime like Re:Zero and Eden’s Zero plus video game franchises like Mega Man Zero and Zero-K.

0 is found in novel titles, like Don DeLillo’s Zero K with no relationship to the video game except for the nihilistic appeal in both, and Count Zero by William Gibson with an unfortunate title as most people could count to 0 and would not buy the book. 0 or zero has some popularity in media titles, rather good for something that is nothing.

Coke Zero is a nonexistent carbonated drink with zero popularity that is sold everywhere but nowhere. It is often consumed with a Zero candy bar by hipsters for the maximum ironic effect. Many other products, businesses and concepts use 0 or zero in their names, that despite their synergy, still add up to nothing. 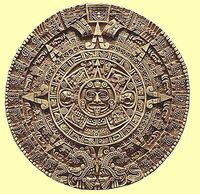 As is clear here, even the Aztecs weren't stupid enough to think there was a year 0.

A common misconception is that there was a year 0. In reality, there were three years, +0, 00 (also known as True Zero), and -0. This era should not be confused with the Era of Zeroes, also known as the Time of Politicians, beginning in the year 1971. The four 0 years developed due to conflicts between the Julian and Gregorian calendars and the colander. Whilst causing some confusion, the system manages to reconcile all seven versions to everyone's mutual dissatisfaction. Eventually, confusion was ended when the thirteen official variants were condensed into five. Finally by decree of the Holy Roman Emperor Chuckles the Bold, year zero was completely abolished with everything in them, leaving only nine year 0s for people to deal with today. The only remnant today of the year 00 is found on roulette wheels and reprints of Little Orphan Annie comics. [8]

Of particular note is that since 0 is divisible by four, it is a leap year in the Gregorian calendar. Therefore, people born on February 29 of year 0 were unquestionably up shit creek without a paddle.[9]