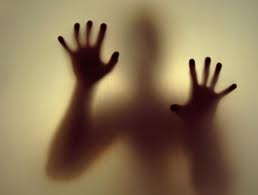 The official studio portrait of B was taken by the same cinematographer who managed the cameras used to make most of the B movies.

B is a Hollywood film director, perhaps one of the most challenging for movie-goers to understand, with a technique more nuanced than John Kerry's foreign policy, and arguably the most prolific film-maker in the history of the silver screen.

B is responsible for hundreds of movies including:

In the modern era of DVDs, B movies enable the packaging of "two-for-one" DVDs and give "boxed sets" added mass justifying the purchase price. For film buffs who use streaming video, B movies provide a vital sink for excess gigabytes that were about to be discarded anyway at the end of a payment period.

In mid-life, B dabbled in musical productions. His works in this medium became known as B-sides. He achieved instant success due to the format of vinyl records, in which each disc had an underside that was just as available for recording as the top side was, at least until you loaned it out and your friend left it, B-side-down, on a concrete floor. The songs that B produced were "backed with" more famous arrangements on the disc's top side. Besides, B-sides, in rare cases, became more successful than the featured song. This has always been proof that you can start at the bottom and work your way up. The concept is applied to speculation that several U.S. Presidents tended to prefer the lower position during sex because "all they could do is screw up."

For those without comedic tastes, the so-called experts at Wikipedia have an article about B.

B recorded these musical numbers in his apartment, which he had converted into a makeshift studio, named the B flat. The apartment is painted black and is located between two nearby white apartments. A series of drummers were more adequate at rhythm than they were at punctuality, and it was always a chore to make them B sharp, while other guest musicians chronically lost the key of B.

B is a variable in algebra and in programming languages like FORTRAN. It stands for a quantity that is unknown, but is known not to be A.

B is also one of two rumored predecessors of the popular C language. A and B never took off, probably due to the lack of the assignment statement that allowed the programmer to change the value of variables such as A and B, an oversight that was corrected in C, at about the time print() was added.

B is also a letter of the alphabet in the Spanish language, although it is pronounced identically to the letter V, a state of affairs that surely owes to flesh-eating houseflies in certain jungle nations. Latinos refer to V as v chica (Little B) and to B as v con el palo (The Big Kahuna).