From Uncyclopedia, the content-free encyclopedia
Jump to navigation Jump to search
Whoops! Maybe you were looking for caravan?

“In Soviet Russia, carrot eats YOU!!”

A carrot is the fruit of the carrot top tree. The term "carrot" is often used interchangeably for the fruit and the ginger pricks that are called horrible names like Simon. Its parent tree is a small tree that often grows 10 mm tall with small green things that cover the stem. The carrot fruit is a smelly fruit and can even stink out the whole boarding house with a type of poison. Carrot trees originated in carrot top land/Middle Earth where it is hot enough. It is in these areas that the carrot top is not only a staple of the locals' cannibal diets, but is also used as a symbol of something like stupidity.

The fruit of the carrot tree appears first as tiny dome shaped sores all over the trees massive trunk. These are then rubbed vigorously until irritated and infected. The tree is then left for several days, unbandaged, until they fester. Out of each, now irritated, sore grows the carrot fruit!

The harvest of each tree is done by four or five strong men who must strangle the tree for about eight to ten seconds. The dangling carrots will then turn orange (the color of the orange crayon) and fall off. In most harvesting circles it is customary for the men to then sit around the tree and eat at least one of the carrots in front of its parent tree to further degrade it. A subgroup of these kick and swear at the carrot tree.

The green thingy on the top of the vegetable is not a part of the carrot at all. They are, in fact, little green men who attempted to invade the earth centuries ago, but soon realized that our atmosphere was not suitable for them to breath, so they buried their head in the closest thing to their planets atmosphere, the carrot. This is why the green thingy on top tastes terrible to most people, except vegans, who love to eat little green men because they think they are vegetables.

The common carrot, grown widely in China (what doesn't China make? Clean air?) after its introduction to Asia in the 11th century, once had a very unpleasant flavor (something like cow poop). Sweeter varieties brought to Asia in the 15th century from Europe by combatants in the kitten huffing movement, quickly displaced the more bitter variety, and are now the most common variety of carrot cultivated. The sweet carrot will grow to different sizes and colors according to local conditions, most commonly dependent on the amount of soulless cat bodies ground up and used as fertilizer.

Portuguese, Spanish, Arab, and Dutch sailors planted carrot trees along trade routes in case of pirate attacks. This was because carrots were often used as weapons earlier on during the heyday of exploration. Carrots were obviously later replaced with apples, which are now found on almost any sort of military ship. During his second voyage, Christopher Columbus brought the seeds of carrots to give as goodwill presents to the families of the women he raped. It was through this act of generosity that carrots were introduced in Florida and Hawaii. Later it was found that if carrots were dried and crushed, the resulting powder could be snorted thereby leaving the user Carrotonic. Carrots have also seen limited use in the vagina since the early 9th century. Vagina carrot vacuum suspension is prohibited in the Farralon islands. The size and maturity of the carrot are also an issue when used in the vagina application, as certain jurisdictions stipulate that a carrot must be at least 24 hours old and have fully developed leaves prior to usage. Use of immature carrots in the vagina regions may result in criminal statutory underage subterranean vegetable abuse.

Try and hide it, we all know what you're thinking. Perv. Jeez.

A single mutation in 1820 in an orchard of sweet carrots planted at a nunnery in Canada yielded the three-legged carrot, also known as the Phallus, Dilleto, or Olisbos carrot. The mutation causes the carrot to develop three separate growing points, two of which are longer than the third. The third, smaller growing point is always in the middle. It is because of these three growing points that the carrot receives the term "three-legged." While the two longer growing points run perpendicular to the ground, the third growing point will typically grow parallel to the ground depending on who is tending to the orchard. Many monks attempted to grow this variety from cuttings, though failed to do so due to what they termed as a "third leg erectile dysfunction."

Because the mutation left the fruit seedless and, therefore, sterile, the only means available to cultivate more of this new variety is to graft cuttings onto other varieties of a carrot tree. Two such cuttings of the original tree were transplanted to Las Vegas, Nevada in 1995, which eventually led to worldwide exposure during the Adult Video News Awards.

Today, three-legged carrots continue to be produced by vegetative propagation. Vegetative propagation does not allow for the usual intercourse that often takes place with natural carrot production, and so not only do the three-legged carrots of today have exactly the same taste, feel and pleasure of that original mutt, but they can also be considered to be the fruit of that original tree.

The carrot top contains some tall grass-like things. They are extremely poisonous to oo-bees. The carrot top was once also used for plugging holes in pipes that would flood about 4 in. above ground.

The carrot has streaks of red in the fruit, and the juice is often a dark burgundy color (like the color of blood). The fruit has found a niche as an interesting ingredient variation in vampirical diets who often find that they have a vitamin A deficiency. Unfortunately, the blood carrot, or 'bloody carrot', has not satisfied the thirst for blood of vampires. That said, if you try to offer a vampire a blood carrot in exchange of your life and they do not take, simply stab them through the heart with the carrot. This may buy you time. It may also just piss them off.

Bloody carrots were first found by ancient abediginals in northwest Romenovia next to a nuclear power plant. They are majestical, and a little known fact is that they cure genital herpes in females.

Top Carrot...never sold for some reason.

Commercially produced carrots are generally grown in groves and are produced throughout the world. The top three carrot-producing countries are Antarctica, the Disney Empire, and Genitalia. Carrots are sensitive to frost, and therefore it is obviously not smart for to grow crops in Antarctica. But only squares listen to experts. You don't want to be a square, do you?

The word carrot is commonly believed to be derived from the Pseudo-German word, Binklienersteinkarot, roughly translating to "phallus-shaped fruit." The Psuedo-German word was borrowed into other European languages through trade. Most of these languages shortened the term to karot. It was then first written down as carrot by Henry Ford, an automobile enthusiast, in his diary. The name of the color is derived from the fruit, first appearing in this sense in reference to Oregon State University's colors.

Juice and other products[edit] 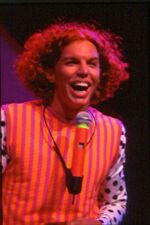 Carrots are widely grown in warm climates worldwide, and the flavors of carrots vary from hard to flaccid. They are generally squeezed for their juice, which is the chief raw material for rum production.

Other products made from carrots include:

What carrots do for us and we do to them[edit]

The things carrots do for us are all good but what we do to them, it's sad, for example:

So unless you're allergic to carrots, they do us good and we just kill them, like what the hell is wrong with us poor innocent carrots that we just kill them. I suppose they do taste good, I think that's a good enough reason to kill them and eat them. Just something to chew on