Cybil Fogle (indeed the failed actress Cybil Shepherd who married Professional Trans-Fat Eating Champion "Clogged" Arty Fogle) woke up complaining of stomach pains and was immediately rushed to the hospital, with Arty at the wheel of his white Honda Odyssey. Upon arriving, Cybil fell deep into a dangerous coma. Arty, worried about the baby, put his ear to her stomach to see if he could hear or feel any movement. Like any good Quentin Tarantino film, Arty's ear suddenly vanished in a fountain of blood. Falling back grasping his earless hole, Arty gazed back as he saw his would-be son eating away at his wife. The tale of Jared Fogle's insatiable appetite had begun.

Jared Fogle, throughout his learning experience, felt insatiable hunger pains. Eventually, Jared wore a horse feeder in order to be able to eat at all times of the day. By the 5th grade, Jared stood at 6' 7" but weighed a mere 512 lbs. Despite his nose, Jared had many friends; while the stench of his rolls of fat often repelled people, wilted flowers, and killed small animals, Jared knew quite a few good prostitutes, and often offered his little sister a chance to rest on his waterbed stomach. Before graduating the 8th grade, Jared Fogle had peaked at 1024 lbs. and had already won 4 national eating titles in the categories of Ice-Cream, Donuts, Pig Parts, and Things that even the Taiwanese Won't Eat.

By high school, Jared could no longer support his horrible eating addiction. The amount of food he consumed in one day cost him such an exorbitant amount of money that he had stopped sleeping in order to work for it. Instead, Jared now slipped out during Health class to hunt small animals and cook them on the grill of his car. Unfortunately, due to the high amount of hydrogenated vegetable oil and trans-fats found in squirrels, bunny rabbits, and wandering children, Jared Fogle pressed the scale further to 360 lbs. The football coach noticed this, and recruited Jared Fogle for the team, placing him on special teams as a punter. They lost every game. The coach was subsequently fired, then eaten. The fat content of Coach Wheeler was too much for Jared at this point, and Jared keeled over writhing in pain after placing his fork down. Jared, at age 17, had suffered the first of his 13 heart attacks. 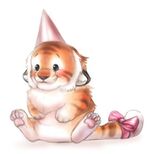 This kitten passed entirely through Jared's intestinal tract intact, but died 2 years later when Jared came back for seconds.

For those without comedic tastes, the so-called experts at Wikipedia think they have an article very remotely related to Jared Fogle.

In his Senior year, Jared was nominated for fattest farm animal for the yearbook, and took a bag full of 15 double quarter-pounders as a date to the prom.

Jared drifted from city to city, feeding on small animals and wayward hobos. Eventually, Jared worked out a scam where he would go door to door pretending to sell pet food insurance while eating all the pets in the house, and no one was the wiser. 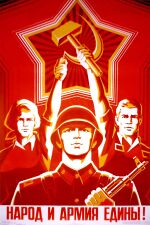 The Soviets secret plan to take over Earth using Jared

One night, very late after all the guards had gone to sleep, Jared awoke to find four Soviet henchmen dragging him away. They dragged him 40 miles to the Florida coast, where they then loaded him onto a boat and tied him down (they did this for worry that Jared's fat flaps would catch the wind, causing the boat to run aground). The Soviets planned to use Jared as part of their newest plot to destroy the United States: fast food disguised as a healthy substitute.

They went under the acronym of S.U.B.W.A.Y., or Soviets Undermining the Bestial Western America for Yeltsin. The plan seemed so simple: create a fast food chain that has all the unhealthiness of a common McDonald's cheeseburger, but advertise it to the public as a healthy alternative. When America finally gains an incredible amount of weight, they will gravitate towards each other until they finally form one globular roll of fatty flesh. The Soviets would then invade America and launch the giant glob into the atmosphere, creating a second, fleshy moon — thereby gaining the ability to block sunlight in other countries. The Soviets could force other countries to live in darkness or submit to the iron fist of fat under the Soviets.

To do this, the Soviets had to create the illusion that Jared lost all that weight eating only Subway. They did this easily through liposuction, and then used the excess fat to make their Southwest chipotle sauce even more delicious and succulent.

Stop Communism where it starts[edit]

The only way to stop Communism and the Soviets from taking over America and the rest of the world is to stop eating at Subway altogether. Unless America wants to be part of a giant fleshy moon, we must band together to lose weight and not eat Subway. Don't be fooled by the illusion that Jared is skinny; he most certainly isn't anymore. While liposuction was a temporary solution, Jared reverted to his old ways 2 years ago and began devouring everything in sight.

During his lean years, Jared was suddenly attractive to neighborhood children, and for a while put aside thoughts of consuming them live. He found different ways to abuse them, until the long arm of the law caught up with him in 2015. At his sentencing, he was ordered to pay $100,000 to each of 14 minor children to compensate them for the crime of having already paid them.

Subway, still using the same advertising agency that masterfully turned yet another dieter's boring diary into a winning marketing campaign, now turned its attention to using Jared's perversion and prosecution into a gimmick to sell even more sandwiches.

In an online game, timed to coincide with Jared's sentencing, called the Pants Dance, children were encouraged to "catch things" inside Jared's former size-84 trousers, while the pantless Jared stood nearby, gripping his own Hoagie.

Tie-ins were rolled out at franchises in Britain featuring Jimmy Savile and Gary Glitter.