Health is a stupid generic term used in video games and RPGs to describe the amount of vitality left in a certain unit. Various equivalent terms are in use, such as hit points (HPs), cohesion, energy level, etc., but they all refer to the same basic concept of health. Generally, higher health is regarded as better, as it makes a unit more difficult to terminate. However, due to the inability of game creators to keep anything simple, various complicating factors enter the mix. Such things as shields, or other bonuses and forms of defense, can increase a unit's resilience, and make it even more difficult to terminate. 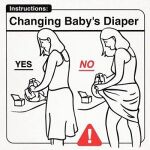 Origin and Development of Health[edit]

The origin of health is somewhat obscure. Even before Archimedes, various great minds had speculated on the possibility of some sort of health factor that determined resilience to such things as bubonic plague, and swift kicks to the groin (for men, at least). It was Archimedes, however, who is thought to have made the first great breakthrough in understanding the concept of health as we know it.

There exists an ancient story about Archimedes taking a bath while playing Age of Empires. The veracity of this legend is dubious, as neither laptops nor extension cords had been invented at that time; it is therefore unknown how Archimedes would have managed to play Age of Empires from the comfort of his Turkish bath.

As the story goes, being a somewhat silly person (albeit a silly person with very distinguished beard, white hair, and toga), took a rather precipitous plunge into the bathtub, creating a tremendous splash. As he did so, he noticed that the water in the bathtub was displaced. The cogs of his mind began turning, and he pioneered the concept of health while sitting stark naked in a bathtub, ignoring the laughter of nearby bathers. His primitive concept of health was that an object has a certain level of something, much like tubs with different levels of water, and that this level of something was reduced any time a foreign object attacked. This foreign object could be anything: a germ, a sword, a beer keg, or the wrinkled and naked body of a mad scientist.

Unfortunately, Archimedes did not live to develop his hypothesis into a more complete theorem. After coming up with this idea, he decided to test it by throwing the computer into the water to see if it had the same effect. It did, and the resulting discovery so electrified Archimedes that he shouted "Eureka!" (Greek for "Oh sweet merciful freaking SH**!!!") and dropped dead from joy at his discovery. The exact cause of this sudden and total decline in Archimedes' health is not known for sure, but it may have been related to the fact that he was a complete bozo who failed to understand the basic concepts of electricity and its relationship with a tub full of water (or health). He was survived by his one son, Archibunker, who worked in the shipyard with levers and other mechanical toys.

The next major advance in the concept of health was made by the Romans. Up until that time, nobody had been able to contribute anything of substance to the work of Archimedes. However, because the Romans were total 1337-m4$73r$ at life, people soon came to realize that not all objects had the same health. This was illustrated by the battle of Munda, where Julius Caesar Salad single-handedly charged the enemy army, illustrating that even within the ranks of the Romans, there was a great deal of variance in an individual's health factor. For instance, everybody knows that in Age of Kings, a Persian War Elephant has many more hit points than a villager, thus leading one to the conclusion that the War Elephant is healthier, and that the villager should run like hell if threatened by one.

After the fall of Rome, Age of Kings was released. The concept of health was still not yet fully developed, but game developers had turned their attention to other less weighty matters, like farms that automatically replant, and units that actually know how to walk around obstacles.

Health in the Modern Era[edit]

It wasn't until the 20th century that the concept of health was fully understood with the creation of penicillin and other drugs. Now, as mentioned above, health has a variety of meanings. In some games, the concept of health has been extensively but subtly altered, such as in some turn-based games, where health as such is not present, but is rather reflected in the quantity of units one has. An example of this kind of game is Risk, where a players "health" is represented by the number of territories and battalions that said player has.

Long ago, back in the dark ages of 1998 and 1999, it was widely held that health was responsible for many disasters of humanity, such as Bill Gates and webcomics. However, scientists have recently discovered the existence of yet another fundamental component of human existence, which they have termed sex. This new discovery is believed to be responsible for many previously unexplained phenomena. It must be noted, however, that webcomics are believed to stem from a severe shortage of sexual activity of any kind on the part of the author, and the mental imbalances resulting from this failure to "get any" is probably responsible for the unfortunate rise of webcomics.

It should be noted that no scientist to this day has ever succeeded in convincing somebody to have sex with him/her, and thus science's knowledge of this supposedly important aspect of life remains quite limited.

Health seems to be related in some complicated way to good and evil. For instance, in Star Wars, it is noted that Luke Walker, Texas Ranger seems to have infinite health, although his repeated attempts to avoid death suggest that he is unaware of this fact.

Esoteric Schools of Thought on Health[edit]

Some fanatic right-wing sects, comprised of people like Isaac Newton and your mom, believe that health is not related to computer games, but rather to real people. This theory makes no sense and has been widely discredited, but it still has its tenacious supporters.

Another theory, popular among college kids in particular, is that health is a virulent and often deadly disease, characterized by a warm pink glow to the skin, the absence of a hangover, feelings of happiness and energy, and a generally fatal compulsion to complete homework assignments on time.

Health and his sister, Shealth, both fought against Nazi Germany and Imperial Japan during the Second World War, acting as one-man armies. They provided an instrumental service to the Allied forces, with Health's biggest single success being when he single-handedly sank an island in the Marianas Chain which housed a secret underground facility using only his entrenching shovel.

Now, Health is retired as a soldier but still serves as a bodyguard to his vulnerable younger sister, Shealth, who ironically is Your Mum.