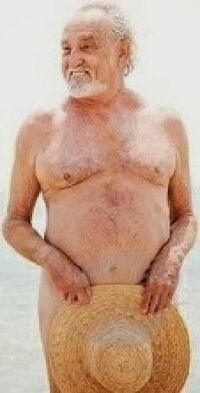 Archimedes: 'By golly, I needed that!'

“Eureka! Eureka!! I am running down the street naked because I am the brightest Greek and I have no need of clothes.”

Archimedes (287 BC - 212 BC) was a Sicilian-born Greek polymath of doubtful hygiene, who listed his hobbies as 'inventing stuff no one needs' and 'gawking at the heavens'. He is the archetypal made scientist, stuffing himself away as he worked on some scheme or other and then presenting it to the king of Sicily for payment. Archimedes refused to get distracted either by local issues in his home city of Syracuse or by marriage. He did most of his thinking in the bath and, when he got to a 'eureka' moment, he would dash outside and run around naked until he dried off. His neighbours often complained about this behaviour, but Archimedes refused to change. He was a genius, after all. It said as much on the nameplate outside his front door.

Originally trained by his father as an astrologer (with some astronomy on the side), Archimedes became obsessed with creating perfect spheres. He thought the Earth was round and very bouncy and made a practical model. He also created another sphere to represent the 'heavens'. How these two globes interracted was a puzzle, but Archimedes said it 'was all balls' and that seemed to satisfy the curious. Archimedes also worked on Pi (π), and said chicken tasted better in pastry than gravy.

In his early life, Archimedes travelled around the Mediterranean, collecting data for the books he would eventually write. During this stage, he was fixated on cones and spirals. Archimedes used decimal Greek mathematics in his equations. These were different from the rival Babylonian system based on the power of 60. Archimedes lost out on this one and was regarded as somewhat suspect as he was also a supporter of the Sun being at the centre of the Universe rather than Earth. This was thought to be 'obscene' and so he stayed silent to prevent trouble.

The Archimedes screw comes in different formats: The Long Screw, the Short Screw and the Wham Bam Thank You Mam version as rendered by David Bowie in Suffragette City. So what does it do? Essentially you drill down until you find water and then the grooves of the screw allow you to extract the stuff from deep underground to the surface.

Archimedes is credited with so much stuff that it would be a bore to list everything. A short list would include polyhedrons, polygons, lava lamps, and steel balls.

He worked out a formula to measure distances to far-off objects. His affinity for spheres led him to the conclusion that the Moon was definitely not made of feta cheese. He never stated its actual substance, but it gave off a smell.

Archimedes liked to dictate rather than write. After all, what were slave-scribes for? His works are mainly mathematical, full of strange numbers and equations. Many in the Ancient World copied it down, not quite sure if it was genius or an undiscovered branch of magic. When the Greeks stopped doing serious stuff (fart jokes were all the rage) and the Romans were too busy running errands for mad emperors, it was the Arabic world that kept keeping notes. The Muslims deemed this knowledge useful, and passed it back to the Europeans, once they got out of their Dark Ages funk.

It is to them that we now have copies of Archimedes work on the 'Floating of Bodies (CSI Syracuse)', 'Spinning Circles (Mind Games)' and On 'Spheres and Sphincters', though the latter subject is somewhat fragmentary and perhaps evidence that a particular transmitter was short of bog roll when copying this.

Archimedes' pursuit of pure knowledge ceased in 212, when the ruler of Syracuse demanded that his resident genius instead help defeat the Romans. The latter had got upset with Syracuse for supporting Hannibal when it seemed likely Rome was going to fall to the Man from Carthage. Archimedes designed new, long-range catapults and a series of mirrors to burn the Roman fleet by concentrating the sun's rays to a single point. This burnt the Roman fleet and sank their supplies.

Syracuse finally fell in 212. As was the custom, the losing side got no mercy. The fit and able citizens of Syracuse were enslaved, whilst babies and pensioners were put to the sword. The Roman commanders wanted to hire Archimedes and use him against Hannibal. However, Archimedes was killed anyway, apparently taken for a beggar on account of his shabby wardrobe.

If you love mathematics, you will love Archimedes; whereas if you hate it, you will blame him.