From Uncyclopedia, the content-free encyclopedia
(Redirected from Comedy)
Jump to navigation Jump to search 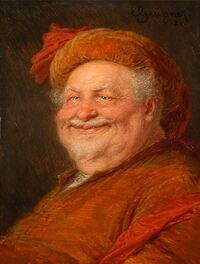 This man knows he's better than everyone else and subsequently finds it quite funny.

Funny is what happens when a person encounters something in some form which makes them feel better about themselves, often involving an indirect comparison of themselves, in a positive light, to other people. Thus, by simple logical process, they reassure themselves that they are not complete irredeemable idiots after all, or at least not as much as the other people to which they are comparing themselves.[1] The more miserable a person is, the less they will find funny, and the more others will find them funny. In a similar vein, the more simple-minded a person is, the more simple things need to be to be considered funny. Merely recognising a quote or even a single word or name, for instance, will make some particularly inferior specimens dissolve into helpless laughter, whereas the more astute must make no less than four overarching connections to a subtle but universal theme to so much as crack a smile.

Even the happiest people in the world are capable of encountering things that make themselves feel better about themselves. For them, these are usually things that help explain just why they are in fact so just fine and dandy when anyone not seriously messed up in the head should indeed be completely miserable in such a pathetic existence as this.[2] The only people who cannot understand funny are those fully at peace with themselves and their position in the universe, and who are already entirely certain of themselves that they are in fact better than everyone else. Such individuals are commonly referred to as computers, and alternately, deeply spiritual people.[3] 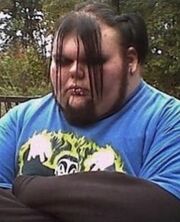 Emos, the stereotypical image of misery, are funny.

Miserable people are funny. Not only are they miserable, something which is inherently worse than not miserable, but they also see things at their clearest,[4] in a sense, defining their misery in ways such that others will recognise and understand aspects of it themselves. Thus, when a miserable person describes something that makes them miserable, say a really horrible keyboard design that has all the keys in the wrong places, and the listener has encountered the same horrible keyboard and made the same mistypes, they begin to understand that perhaps the problem when they were trying to type wasn't their own failing, but perhaps that of the keyboard. Then they look back to the miserable person and realise that even better yet, not only was the bad design simply a matter of bad design and no fault of their own, but they were also not so fooled by it as the miserable person was. Because unlike the miserable person, they're still not miserable, despite having used the same piece of sub-par technology. And so it is funny.

Angry people can be funny, but it depends entirely upon why they are angry, or rather, at whom the anger is directed. If it is directed at someone else, it's probably funny. Otherwise it probably isn't. This is rather analogous to a trainwreck, in which if it hits someone else, it's funny to an observer because someone whom they neither know nor care about[5] got hit by a train. On the other hand, if it hits them, it is not funny because they are now dead at this point and subsequently have insufficient functional braincells remaining to be capable of humour.

Amused people, on the other hand, are just plain irritating. This is because to have gotten to this stage, they have managed to somehow convince themselves that they are good and valuable and are better than other people. Thus anyone who is not amused is not good and valuable and is probably worse than them.

In any given environment there will be opportunity for funny so long as those capable of funny are there to mock it, distort it, and otherwise mutilate it for their own sick pleasures, not unlike the pleasures encountered when a man finds himself around a dog.[6] Take, for instance, the following phrase discussing the tree shown to the right: 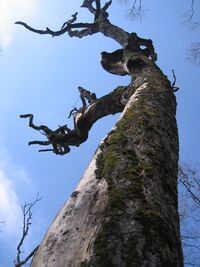 By itself, the funniest thing about this tree is that it is dead.

While arguably funny on its own to some - they might say, 'the tree got PWNed' - this is made much funnier by adding a bear. Not only are bears large, fat, smelly, and hairy and thus reminiscent of creepy uncles and past husbands whom some people may be very glad to be rid of, and as such funny things to insert into any random scenario and thus remind them of how much better they are than these people, but in this case the bear makes for a fitting target:

And thus, even without prior relation to relatives and other unpleasants, and only more so with, those with a sense of humour are given the opportunity to think of how much better they are than that bear. But the bear can be belittled further:

Timing can make anything funny, especially when the timing in question is completely inappropriate.[7] The reasons behind this are as simple as the people finding the things in question funny, in particular because the more simple the person, the more completely inappropriate their timing. Thus the easier it is for people to feel better about their own timing in light the latest incident in which someone else demonstrated especially bad timing when accidentally walking into the wrong restroom, reassuring them that hopes are not completely in vain that the incident with the yo-yo at their cousin's funeral may yet be forgotten.

Good timing can also be funny on the rare occurrences that something thoroughly expected to go terribly goes well. This good fortune, naturally, is far superior to the norm, and thus funny to those experiencing it: 'That was funny,' they say smugly. 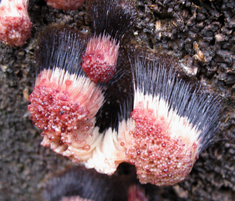 This so-called 'slime mold' is decomposing some wood, and is just as strange as a strange person. That should make it funny, but really it's just gross.

Anyone strange, odd, or otherwise abnormal can be described as funny, not unlike how a mouldy piece of bread would be said to have gone funny. This synonymity with badness only makes the funniness of the situation more pronounced, for those who are less strange are less bad and thus more better.

The strange, such as those with physical and emotional dependencies, those with substantial deficiencies, and those with things generally wrong with them, are funny simply for what they are - publicly wrong. These people exhibit themselves like nudists, who are well-known for their inability to wear clothes and otherwise embrace modern civilisation, putting their wrongness out in the open for any and all of the less wrong to mock into submission, which they do. In doing so, the mockers invariably feel much better about themselves, because unlike the nudists, mimes, bums, and people convinced they are squirrels who publicly humiliate themselves, the rest of society knows better. And so they mock, and keep their own wrongnesses safely closeted away, instead only bringing out the ducks in the confines of their showers.