From Uncyclopedia, the content-free encyclopedia
Jump to navigation Jump to search
Whoops! Maybe you were looking for You, or Barack Obama? How about Donald Trump, or Bill Clinton? Possibly even John Hickenlooper? 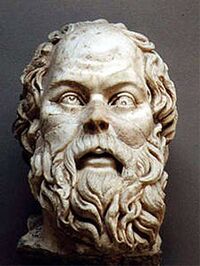 “Look at all those idiots”

~ Mr. Burns on the current high preponderance of idiots

This is MY sandwich! Get your own, idiot!

Just today there was this guy in lunch who was like, "Give me your sandwich!", and I was like, "No! Get your own sandwich!" Then, he squirted mayonnaise on my face! What an idiot! God!

Then, in second period, the teacher was like, "John, what's the answer to this equation?", so I was all like, "Man! You're the teacher! You're suppose to know it! And the answer's always 42, numbnuts! God! You're an idiot! How'd you even get this job!?" Then, I got detention! God! My teacher is an idiot!

After detention was over, there were these two guys who were arguing who was a better hero, Batman or Iron Man, so I was like, "You're both idiots! Batman doesn't have powers so he isn't even a hero! And Iron Man is a song by Ozzy Osbourne! Spider-Man is the only good hero! He shoots sticky stuff and has teenage angst! He's way more realistic than anyone else! God, what idiots!" They called me a Moron, but then I was, "I'm a Scientologist! Morons are insane and love Utah!" Those guys were fucking idiots, God! 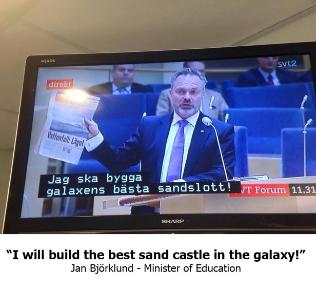 I went clubbing after school cause I am so cool. I party all the time. Yep. If you don't believe me, you can ask Jimmy! He was there! I watched him fuck his girlfriend! The idiot didn't even notice that she was looking at me the entire time! He's an idiot!

Anyway, it was awesome. I did four keg-stands and stuff. Shit was so cash. But since I hold my booze so well I didn't even get wasted! Everybody called me a hero. You're an idiot if you don't believe me! And I'm immune to liver damage. If you don't want to damage your liver then don't eat it before you drink! God! And why don't The Onions ever get damaged?! Well duh! Cause only real men eat onions! Real men like me! And my liver never gets damaged either. You're an idiot if you don't drink heavily!

When I got home 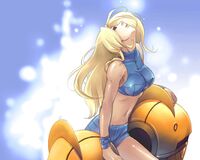 When I got home, my mommy was all, "Honey! Sweep the living room!" My name is John, not Honey! Honey is something bees make! God, what an idiot! Then, I was all, "Charlene! Where's the broom!?", and she started yelling at me for calling her Charlene. God! That's her name. What an idiot! *sniff* Yuck! Did you fart?! God! What an idiot!

Then my dad came home and told me he was leaving my mom, and I was, "Duh! You leave everyday when you go to work! You're an idiot!" Then he punched me. He's so stupid. He told me I fell down some stairs, but he punched me! God, he's an idiot!

So anyway, I got on the computer and Google'd "Man fucking appliances" cause my girlfriend couldn't come over and have hot, steamy sex with me today cause some idiot gave her a lot of homework. My girlfriend is so hot, man. She's hotter than Carmen Electra! I think it's because she's Canadian. You're an idiot if you don't believe me! So yeah, this video came up of a guy dry-humping an electrical water heater. God! What an idiot! Everyone knows gas-heated water heaters do a better job warming the water evenly! That douche was an idiot! I swear to God! I posted a link on Wikipedia to a guy stretching his asshole cause it's funny! I got banned from posting. God, those guys are idiots! Where is their sense of humor?!

The news came on

Uncyclopedia: Those guys are idiots! God!

So, the news came on, right, and there was this chick as the anchor! I'm all, "WTF?!? Why is a woman reporting the news?! Women can't read!" God, what idiots! Then she started talking about how North Korea had launched a missile and what should the U.S. do! Duh, let's nuke 'em! God, she's an idiot!

Well, after that, I went on to some stupid website that thought it was Wikipedia or something! The people there were idiots, so I blanked a bunch of pages to let them know how stupid they were. The idiots banned me! Those idiots suck.

Now, look at these idiots!